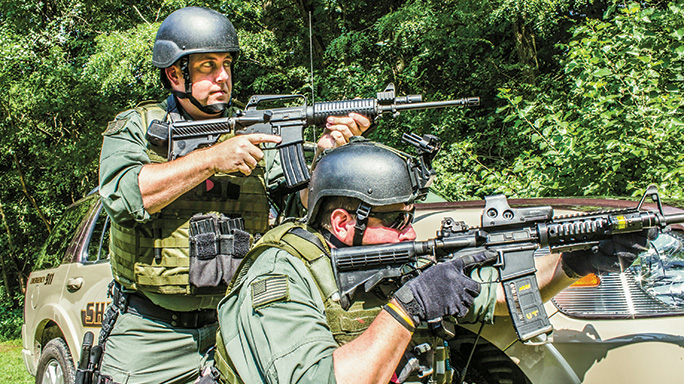 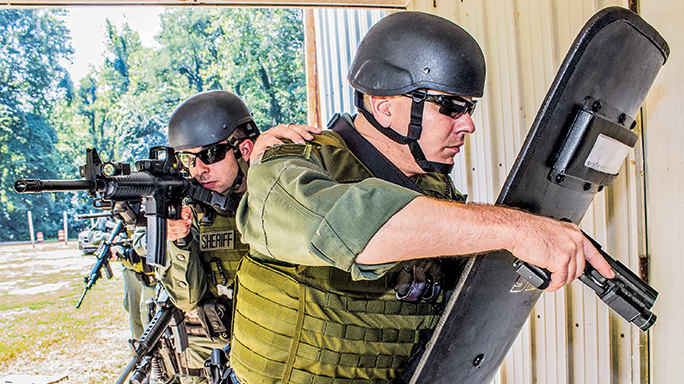 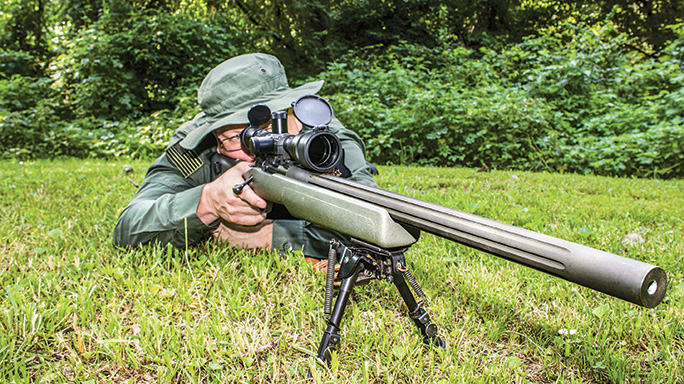 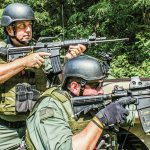 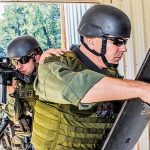 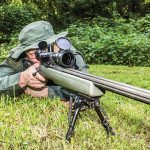 When the term “sheriff’s office” or “police department” is mentioned, many people immediately envision a large organization—a garage full of squad cars, briefing rooms bustling with officers getting ready for patrol and high-tech communication centers.

While this is indeed the case in large municipalities, it is an extremely rare sight outside of large cities. What is much more common is a small agency with limited staff working diligently to protect a large area. This is the world of rural law enforcement.

Nestled in the southeast corner of Indiana lays Pike County—341 square miles of rural farmland, coal mines and traditional small towns. Protecting this large area are the dedicated deputies of the Pike County Sheriff’s Office (PCSO), which is typical in size compared to other rural agencies. It is comprised of eight deputies, one chief deputy and the sheriff himself. As with most rural agencies, staffing and budgets dictate that deputies patrol alone.

Because of the limited manpower, the PCSO works in close cooperation with agencies within the county. A good example of that is in Petersburg, Ind. Found in the heart of Pike County, the Petersburg Police Department (PPD) maintains a strong relationship with the sheriff’s office. This is especially important when calls come in. Like the PCSO, the PPD is professional and run with the same high standards as its larger counterparts across the country. This partnership is more than a logistical plus for all deputies and officers involved. It is another layer of safety that brings them one step closer to coming home to their families after every shift. When a simple traffic stop can turn into a fight, it’s good to know backup is available.

While the area maintains a small-town atmosphere, it is unfortunately no stranger to crime. In many rural areas across the country there is what seems to be a plague-like expansion of methamphetamine production. This can be attributed to the isolated nature of many properties and the ability to hide production in secluded areas. The PCSO and PPD face many of the same problems their peers in large cities face. In 2013, the PCSO saw approximately 15,000 calls for service within the county—a volume of calls per deputy that rivals many larger agencies.

Contrary to current cliché, officers in rural agencies have to carry more than an antique revolver. The PCSO strives to carry the best gear possible. As professionals in the law enforcement arena, they know that poor gear can cost you your life. PCSO deputies carry the Glock 21 for their primary duty weapons. Approved backup guns include the G42 and G26. Each officer is also assigned a Rock River Arms AR-15 chambered in 5.56mm NATO. The rifles come complete with EOTech holographic sights, SureFire M900V weapon lights and backup iron sights.

PCSO service vehicles range from Crown Victorias to Dodge Chargers and Explorers. Each vehicle is loaded to capacity as a reflection of the solitary nature of rural patrols. If an event happens, deputies may be on their own anywhere from five to 15 minutes depending on the location. Their loadouts include emergency medical supplies, tactical gear, lights, batteries, rain gear, extra uniforms and a plethora of other gear. While it is not uncommon for officers to carry a trunk full of gear, it is hard to rival the amount carried by rural officers.

The PSCO and PPD maintain an interagency SWAT team. Dealing primarily with drug and warrant issues, the team is as professional and well trained as its larger agency counterparts. Committed to the job, the team trains monthly. Commanded by experienced officers, the SWAT team is only deployed when all other options have been exhausted. The team is composed of a negotiator, a breacher, the entry team and the police marksmen team. They are equipped with the fundamental equipment to successfully conduct operations. In the end, it will always be the operators who dictate the success of a callout.

Pike County and Petersburg are the quintessential models of rural life. Pleasant people, beautiful country and a lifestyle more concerned with day-to-day life as opposed to jet setting. The professionals from the PCSO work hard to maintain this way of life for the people of the county. There will be people in every community that choose not to understand the real dangers that exist around them. This can be even more common in rural areas. Kind people simply expect the same from those around them. The staff of the PCSO graciously manages this through professionalism and education.

One characteristic found in much of the rural LE community and especially in Pike County is an almost family-like environment. Many of the deputies were born and raised in the area and know a majority of the people in the county. This gives them an advantage when dealing with issues. They can inter-vene in problems before they become a serious law enforcement issue. It is this type of interaction that has allowed the PCSO to maintain a respected position with the population. While they are not a large agency with extensive assets, the staff of the Pike County Sheriff’s Office perform at a level of professionalism that rivals many large agencies. They are an exceptional representation of rural law enforcement. 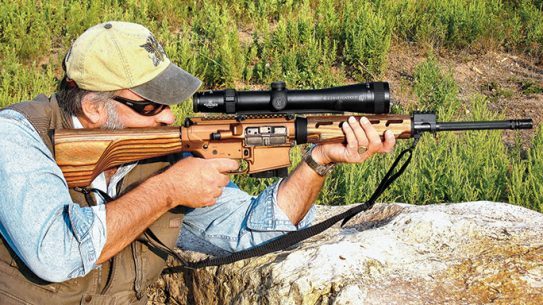 Meet the .308 Hunter, the new king of the woods that blends high-tech and...