Ridley Township is typical of Philadelphia’s suburbs. Ridley is one of 21 townships in Delaware County, situated southeast of Philadelphia along the Delaware River. The county also includes the city of Chester, long since past its prime as a manufacturing center and 27 boroughs, once tiny villages clustered mostly in the more densely developed eastern county near the river.

Philadelphia, the nation’s cradle of liberty, remains a major U.S. city, fifth in population with more than 1.5 million residents. The city has its share of problems, and crime ranks high among them. In 2007, murders claimed nearly 400 citizens although the long-term rate is dropping. Philadelphia crime regularly grabs national headlines, but the city represents just the nucleus of a much larger area. The surrounding metro region encompasses four states and nearly 6 million people.

Public safety is an equally crucial concern for dozens of suburban communities around the city, especially since local governments must work with relatively small budgets to meet the challenges of a changing social environment.

The department relies on Delaware County for dispatching services and no longer maintains its own 911 telephone line. Pooled dispatching is an effective money saver, but county employees are not always as familiar with the township’s neighborhoods. Corporal Enderle explained that procedural requirements also affect the tradeoff on dispatching: “Regulations now require police departments with their own dispatch capability to operate digital-capable communications systems. A radio room upgrade to meet that specification could cost up to $500,000.” For a department that operates on about $4 million annually, such an upgrade obviously is cost prohibitive, especially when salaries and benefits for personnel would add an additional $350,000.

Recently hired Ridley officers hold college degrees, and all of them are graduates of county training or the State Police Academy. The law enforcement curriculum at both institutions involves six months of practical and classroom instruction, and standards are rigorous. Cadets must pass every training segment to earn certification. An average passing grade is not enough to complete the program. “The days of police department patronage are over,” Enderle said. “Our personnel are professionals who must pass tough written civil service tests and oral civil service board examinations. The same processes govern promotions.”

Five officers also serve on the county’s MIRT (Major Incident Response Team) with responsibility for everything from crowd control at natural or man-made disasters to hazardous-waste containment. Since the MIRT takes on broader missions, the team typically responds to 10 or so emergencies annually. To handle both ERT and MIRT situations, the county provides vehicles, personal armor and armament and protective equipment. Pooling resources makes sense because federal grant money is now generally available only to larger agencies.

Special Operations: Still, many officers have completed extensive training in several specialties, including counter-drug operations, anti-terrorism and long-range marksmanship. The department’s sniper uses a Remington Model 700 bolt-action sniper rifle in .308 Win. “There’s just nothing better out of the box,” said the Department’s firearms instructor and armorer, Anthony Gawbill. “For the kinds of operations we’re likely to encounter, the Remington clearly is the best value.”

Ridley Township’s unusual geography, surrounding an independent borough, as well as its proximity to other townships, inevitably raises jurisdictional questions, but long-term cooperative arrangements minimize these concerns. “Ridley Park’s police department has just 10 or 12 full-time patrolmen, and we routinely back each other up,” Enderle commented. “We have the same arrangements with neighboring agencies, and we benefit from the county’s criminal investigation division, detectives who work for the District Attorney.”
Its personnel are a major factor in LE effectiveness, but Ridley’s department also relies on increasingly advanced information and records management to keep up with the accelerating pace and complexity of township activity.

Digital Info: Township police have digitized records, eliminating laborious hand preparation of everything in triplicate. Officers and staff have transitioned to a paperless system and now enter the large majority of their reports on laptop computers provided by the county. Officers keep their laptops in consoles in their cruisers and manage dispatches on the computer linked through radio frequency bands. Their laptops are connected to the department’s server with Sprint Air Cards so they have direct access to the entire records management system. Information management utilizes links with JNET, a state data system. Officers also can access the Pennsylvania State Police network and the FBI’s National Crime Information Center through the county.

“We’ll eventually merge all of our systems into the Law Enforcement & Justice Information System for information sharing,” said Corporal Enderle. “The plan calls for five counties in the area to test LEJIS, a far more powerful data management tool that can handle high volume parallel processing. The next step will be expansion into at least nine area counties in Pennsylvania, Delaware and New Jersey.”

Enderle envisions steady progress for the department as it adopts new technologies. “Many of these improvements are available today, and their adoption is purely a question of affordability,” he said. “In the near future, we expect patrol officers will have the all the resources necessary to process cases from their cars. Eventually, we’ll be able to access comprehensive data networks on the road, conduct investigations on the spot and positively identify suspects by rolling digital fingerprints in the cruiser. About the only reason officers will need to return to the station is to transport suspects to the lockup.”

Talent, Training, Dedication: Regardless of the growing importance of technology, however, the talent and training of its officers will continue to define success for Ridley Township and hundreds of suburban law enforcement agencies much like it around the nation. And regardless of where they serve, officers still face significant risk. 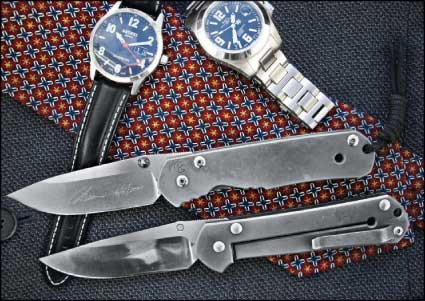 Ridley Township is typical of Philadelphia’s suburbs. Ridley is one of 21 townships in…