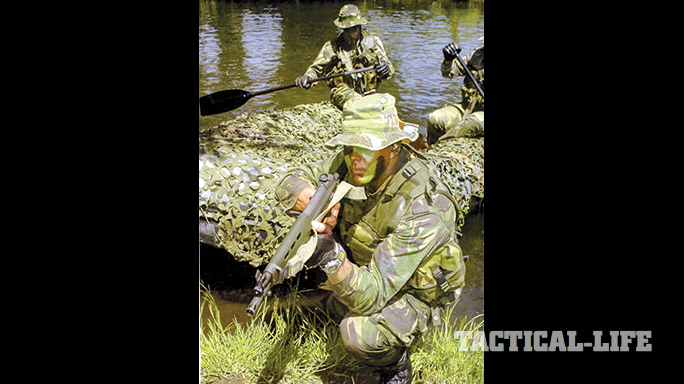 1 of 9
Guns of the Elite: Portugal’s Spec-Ops Warrios
Portugal’s special operations personnel, including those from the DAE and CTOE, have many weapons at their disposal, including the 5.56mm Sig SG543. 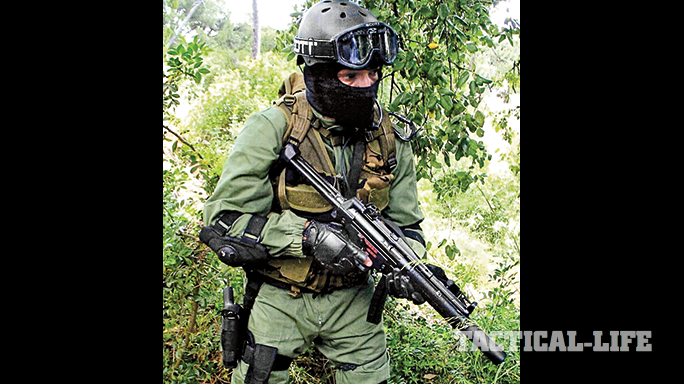 2 of 9
Guns of the Elite: Portugal’s Spec-Ops Warrios
Portugal’s special operations personnel, including those from the DAE and CTOE, have many weapons at their disposal, including the 9mm HK MP5 submachine gun. 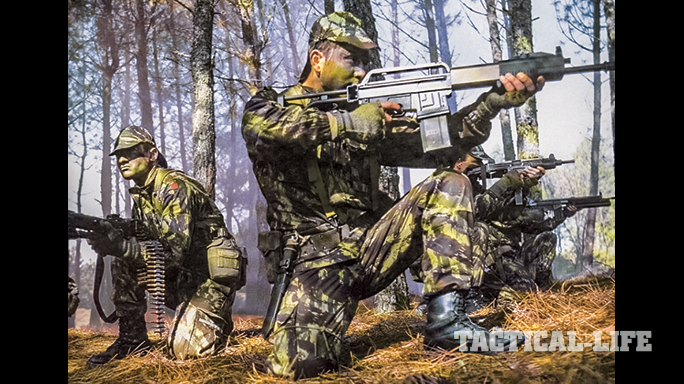 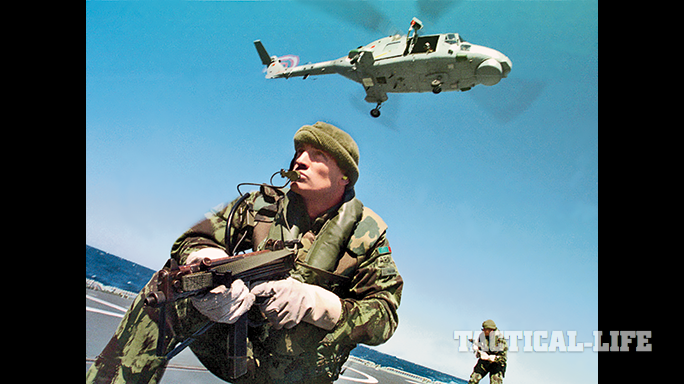 4 of 9
Guns of the Elite: Portugal’s Spec-Ops Warrios
Portuguese Marines train with many allied counterparts, including U.S. Marines. Here a Portugeuse Marine boards a ship with an Uzi submachine gun. 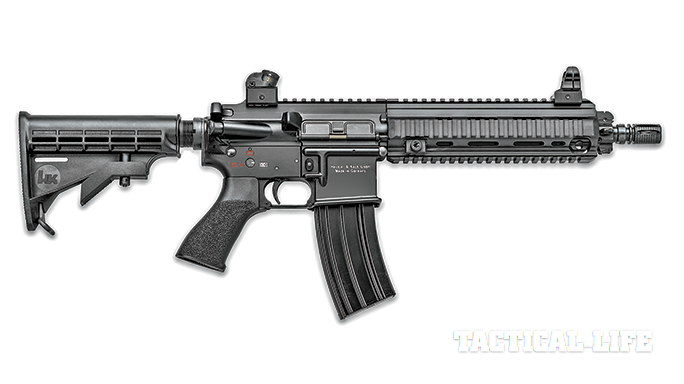 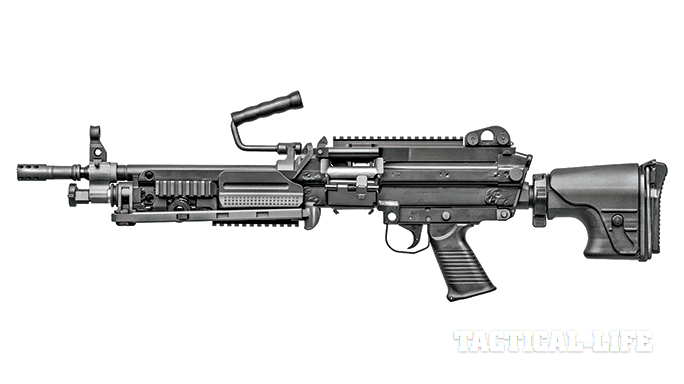 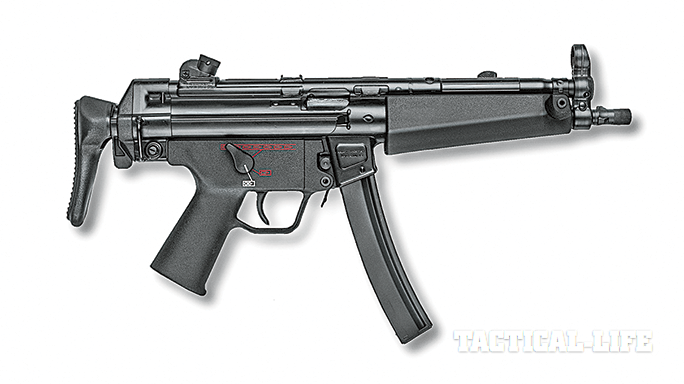 7 of 9
Guns of the Elite: Portugal’s Spec-Ops Warrios
HK MP5 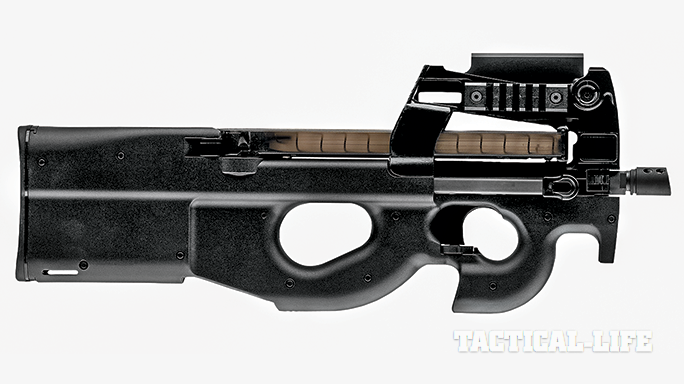 8 of 9
Guns of the Elite: Portugal’s Spec-Ops Warrios
FN P90 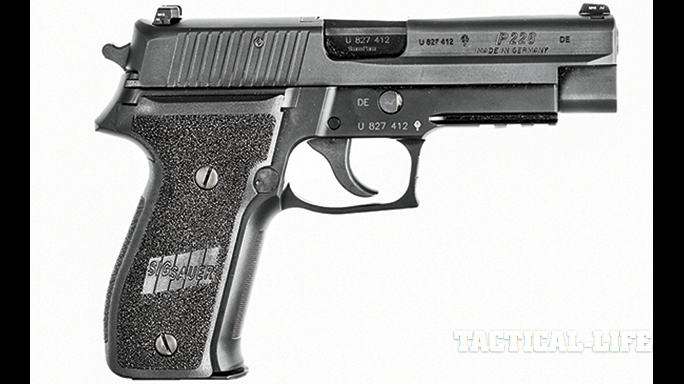 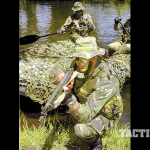 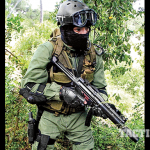 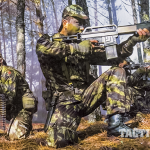 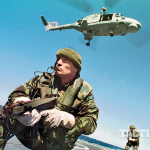 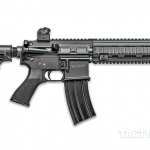 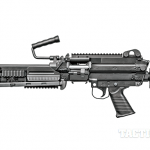 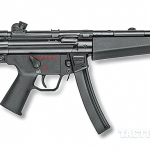 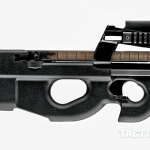 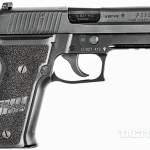 Portugal is a relatively small country of 35,603 square miles and a population of about 10.4 million. However, in the past, Portugal had a large colonial empire that required well-trained troops to maintain. Portugal is also a member of NATO. Though the colonial empire is gone, some of the elite units formed for service in the colonies remain as important parts of the Portuguese armed forces.

As with many elite units, Commando training emphasizes psychological as well as physical toughness, namely the ability to keep going despite hardships. Only about 20 percent of trainees pass the selection course. Once again, as with many elite training courses, the Commandos are kept unsure of what they will be required to do next. This is intended to develop their ability to quickly adjust to unforeseen circumstances in combat. Among the primary missions of the Commandos today are long-range surveillance and intelligence gathering, though they are also trained for direct-action missions and counterinsurgency. Commandos wear red berets.

The Commandos are part of the Portuguese Brigada de Reaccao Rapida (Rapid Reaction Brigade). Also part of this brigade are the Portuguese Airborne battalions, though they retain the designations of former regiments—the 3rd Cavalry Regiment (Recon), and 10th and 15th Parachute Infantry Regiments. The 15th Infantry Regiment is one of the oldest units in the Portuguese Army, having been established in 1641. The 15th Airborne Infantry acts as the cadre at the Portuguese Parachute Troops School. Prior to 1993, Portuguese paratroopers had been part of the Air Force and had seen a lot of action in colonial wars in Africa as Paratrooper Hunter Battalions. Since the current airborne forces are structured more as a heavier airborne force than when with the Air Force, the unit has added some specialist battalions incorporating an anti-tank company, a heavy mortar company, a services and support group, a field artillery group, an engineering company, an anti-aircraft artillery battery and a helicopter support group. There is also a War Dogs Center and a Pathfinder Company. Paratroopers wear green berets.

“Though the colonial empire is gone, some of the elite units formed for service in the colonies remain as important parts of the Portuguese armed forces.”

The Pathfinder Company is considered an elite within the parachute forces. In addition to carrying out reconnaissance of landing zones, the Pathfinders can also set up combat air control in forward locations. Though not their primary mission, the Pathfinders are also trained to carry out limited direct-action or recon missions.

Also part of the Rapid Reaction Brigade are members of the Portuguese CTOE (Special Operations Troop Center). The CTOE has the mission of training Portuguese troops in counterterrorism and unconventional warfare. Part of the CTOE is a special operations unit designated the DOE, which has the missions of long-range recon, raids against enemy command and control, destruction of enemy air defenses and radar stations, and prisoner-recovery missions. The DOE is trained for airborne, heliborne, small boat and other types of insertions. The unit is often equated with the U.S. Army Rangers. Elements of the CTOE have been deployed to Bosnia, East Timor, Kosovo, Afghanistan and Iraq. Among specialized training offered by the CTOE are sniping, psychological warfare, mountaineering and various others. Members of the CTOE can also attend other courses, including combat diving, forward air controller, combat medic, combat communications, demolitions, NBC (nuclear, biological and chemical), intelligence gathering, static line and free-fall parachuting, and small boat handling. Members of the CTOE also attend foreign courses in the U.S., UK, Germany, Spain, Norway and Brazil. These include the German LRRP School, Norwegian cold weather training and Brazilian jungle warfare training.

Within the Portuguese Navy is a small special warfare unit—the DAE (Destacamento de Acoes Especials). Its missions include beach recon, combat search and rescue (CSAR), maritime anti-terrorism (MAT), demolitions against enemy ships and installations, raids across the beach, and other special operations. Those undergoing selection for the DAE first complete combat diving and underwater demolition training. After successful completion of that phase, they receive training in escape and evasion, high-speed driving, mountaineering, small-unit tactics and parachuting. They also learn English if they do not already speak it. The unit has a strength of approximately 60 and comprises a command unit along with four 10-man combat teams. Among units with which the DAE trains are the U.S. Navy DEVGRU, British SBS, French Commandos Marine, Spanish UOE and Brazilian GRUMEC. The DAE unit has been deployed to Angola, Zaire, Guinea-Bissau, the Democratic Republic of the Congo and Somalia.

Though airborne forces are no longer part of the Portuguese Air Force, the Air Force does retain a small special operations unit—the UPF (Unidade de Protecao da Forca). Its missions include protection of Portuguese air bases, VIP protection and CSAR. For the latter mission, members of the UPF have trained with U.S. Air Force Pararescuemen.

The Portuguese Marines, the Corpo de Fuzileiros, have a long and distinguished history as an elite unit; the unit can trace its history to 1618. The Fuzileiros
have the missions of amphibious warfare, coastal reconnaissance and raiding, guerrilla and unconventional warfare, maritime interdiction and combat boarding. In most countries the training of Marines is rigorous, but that of the Fuzileiros is among the world’s toughest, lasting 42 weeks with an average of only 25 percent completing the training and earning the dark blue beret. They march long distances, complete tough obstacle courses, learn to rappel and free climb, train with small boats and learn demolitions. They also spend a lot of time training for close-combat situations with weapons, blades and hand-to-hand. The
Fuzileiros consist of two Marine Battalions as well as a Fire Support Company, a Transport Support Company and a Naval Police Unit. The DAE special operations unit is considered part of the Marine Corps. Among units with which the Fuzileiros train are the U.S. Marine Corps and the British Royal Marines.

One other unit that should be mentioned is Portugal’s national counterterrorist unit—the GOE (Grupo de Operacoes Especials). Part of the Public Security Police, the GOE has principal responsibility for counterterrorist operations within Portugal and is also deployed for VIP protection, including motorcades and VIP countersniper missions, as well as raids on dangerous criminal organizations. The GOE is organized into a command element, a support unit, three Intervention Operational Groups, each with a strength of 20 to 25 operators, and one Technical Operational Group responsible for training, explosive ordnance disposal, working dogs and use of technical surveillance devices.

As a long-standing member of NATO and a country with a proud military tradition, Portugal has retained an array of units that can carry out special missions at home or abroad. Portugal has also developed close military ties with other nations that allow its special operations units to get world-class training. Portugal’s spec-ops warriors stand ready to serve and defend. 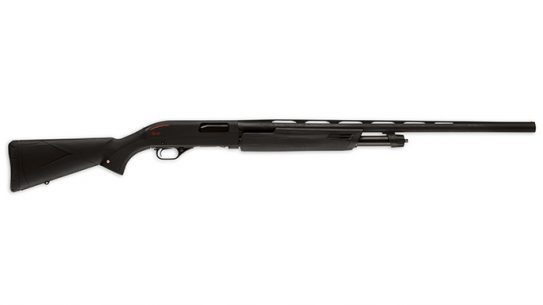