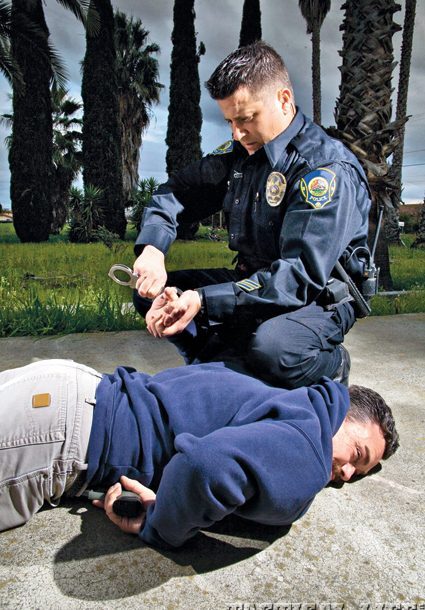 The officer must maintain control throughout the handcuffing process and be constantly aware of the suspect’s free hand. Here, the suspect is clutching a gun.

When handling a potentially dangerous suspect, officers are taught to utilize the prone position, with the idea being that when a suspect is lying on his stomach, he is less able to attack the officer. While it is certainly more difficult for a suspect to fight while lying face down, if he’s armed with a handgun, and his hands are underneath him, he might be able to fire at the officer before the officer can react. Let’s examine how an officer can more safely establish “prone control” and apply handcuffs.

There are several circumstances that could lead to a suspect being prone. Two of the most common are either voluntary, based on an officer’s verbal commands, or involuntary, after the officer went “hands on” and took the suspect to the ground. In either case, the mere fact that the suspect is prone is not justification for an officer to let his guard down. 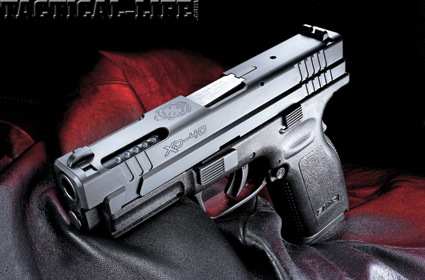