1 of 2
The Raid On Al Qadisiyah: The Search for WMDs
A Navy SEAL is armed with a Mk18 Mod 0 CQBR carbine, fully loaded with the latest accessories: foregrip, suppressor, E0Tech sight, PEQ-15 laser and visible-light torch. 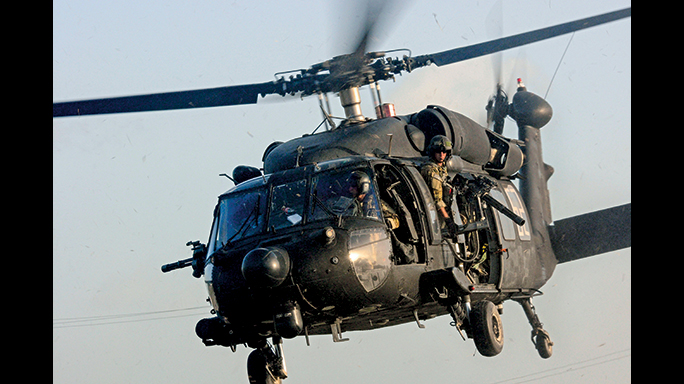 2 of 2
The Raid On Al Qadisiyah: The Search for WMDs
A MH-60 Black Hawk was used during the raid in Al Qadisiyah and elsewhere in Iraq. 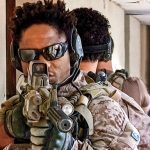 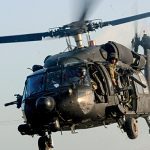 Soon after American-led coalition forces entered Iraq in March 2003, intelligence efforts focused on the chemical weapons (or other so-called weapons of mass destruction, WMDs) believed to be in the possession of or being developed by the forces of Saddam Hussein.

The raid on the facility in Al Qadisiyah was intended to gather evidence or other intelligence to support that contention and prevent any such weapons from being used against the coalition forces.

While the details of the operation later came to light, what actually was found in Al Qadisiyah remains completely unknown, and no evidence to date has been presented that supports the Bush administration’s contention that Hussein possessed weapons of mass destruction.

The raid began with the first forces aboard a pair of MH-6 helicopters arriving around midnight and surveying the area for signs of resistance from the Iraqi army. Supporting them were two more helicopters, AH-6 gunships ready to lay down protective fire if necessary.

Soon the Rangers, brought to their designated spots around the facility by MH-60 Black Hawks, were on the ground protecting the perimeter and drawing the first fire of the engagement from Iraqi forces in the neighboring buildings.

With the Rangers and the AH-6 gunships holding such resistance at bay, the Delta Forces and SEALs hit the ground as two MH-47 Chinooks put them right next to the compound; soon they were inside, clearing the building and searching for WMDs or other relevant intelligence.

The Rangers on the perimeter continued to fight off enemy forces nearby, and the circling gunships stopped any enemy vehicles attempting to get into the fray.

When the forces inside the facility had completed their sweep, a pair of Chinooks arrived to carry them out of harm’s way, quickly followed by four MH-60K Black Hawks, which lifted the Rangers to safety. Two Americans were wounded in the operation, which took a total of 45 minutes.

Location: Al Qadisiyah, in the desert of central Iraq

Enemy/Target: Industrial plant believed to be a source of chemical weapons or other weapons of mass destruction 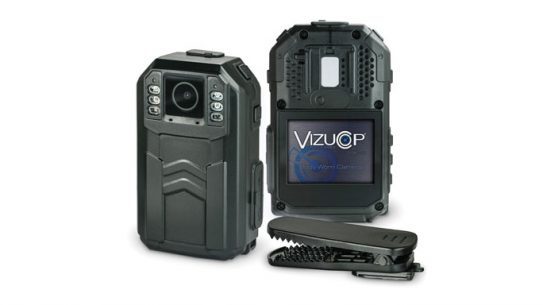 The LE920 Body-Worn Camera from VizuCop features a 1080P resolution at 30 frames per...