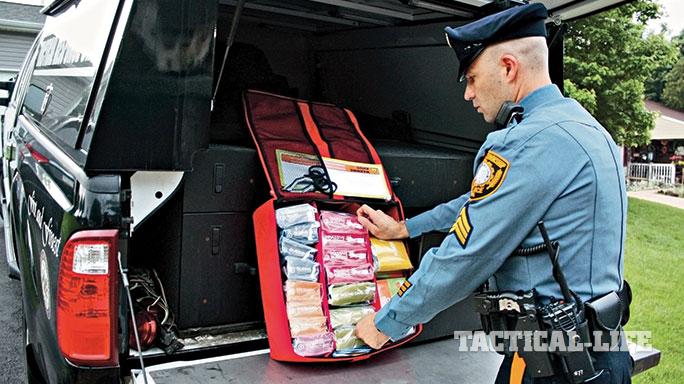 1 of 3
Everyday Heroes: A Life of Service
Sgt. Ray Fanelli, who has served for 17 years now and has EMT training, inspects his medical gear before he starts his tour. 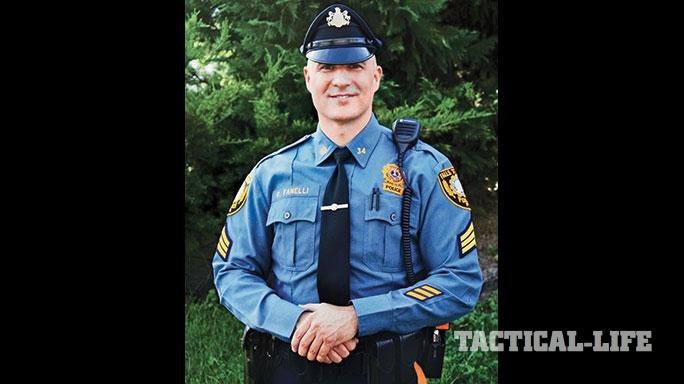 2 of 3
Everyday Heroes: A Life of Service
Sgt. Ray Fanelli, stands ready to serve his community. 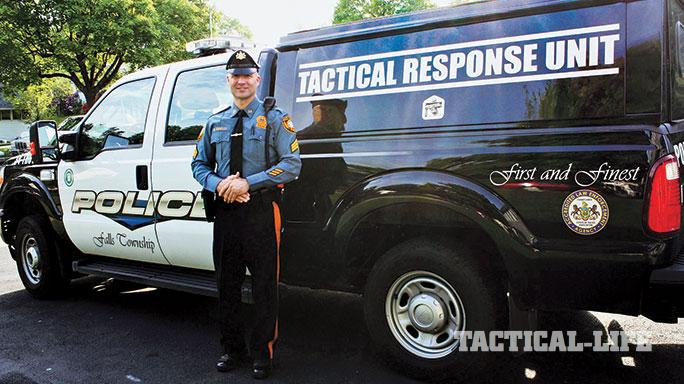 3 of 3
Everyday Heroes: A Life of Service
Sgt. Ray Fanelli is also a member of the SWAT team for the Falls Township Police Department, which helps keep the peace and protect its citizens just outside of Philadelphia, Pennsylvania. 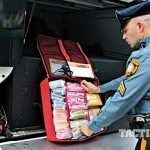 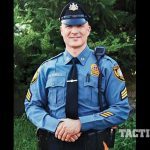 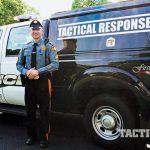 It takes a special breed of men and women to take up the calling and enter the ranks of the law enforcement profession.

They are folks who proudly wear a badge to protect and serve, and due to the character of the work, naturally find themselves doing heroic and rewarding deeds daily. This brings us to the idea of featuring these exceptional people in the “Everyday Hero” column. The candidates for selection are numerous across the country, but one fellow came to my attention recently, and he is Sergeant Ray Fanelli of the Falls Township, Pa., Police Department, located in the suburbs of Philadelphia.

Although, like most cops, he would not bring attention to himself for recognition, I thought of him when this project started. When I asked him why he became a cop, Ray said, “I always felt that particular calling inside of me for serving others. I joined the U.S. Army at 17 years of age, going on to become a Military Police officer, serving honorably for five years. I then returned home to pursue a career in police work.”

“The doctor described Ray as a ‘fine example of the first responder; diligent, quick thinking and capable of working independently for the benefit of the community.”

I first met Ray when he volunteered to address some police recruits from a neighboring department and help train them to respond to bullet wounds and apply tourniquets. He was there on his own time, greatly aiding in the hands-on portion of the instruction, as well as sharing with these future cops an incident he responded to recently. It was then that I learned of this exceptional job.

He was the first to respond to a medical call for a patient with severe crush injuries. The middle-aged male had industrial equipment accidently fall on his right leg, causing major damage to the skin tissue and bone, accompanied by heavy bleeding. Immediately, Ray’s training as an EMT-B kicked in, and he utilized the latest addition to his medical equipment, a tourniquet. He placed the tourniquet above the victim’s mangled lower leg as the man went unconscious. Ray’s quick action stopped this man’s major loss of life-sustaining blood prior to rescue arriving, and the male was then transported safely to the trauma center.

In an unusual event for most cops, a week later, Ray learned of a letter that was sent to his police chief by the attending physician at the hospital. The doctor expressed his gratitude and wished to acknowledge Ray’s “exemplary efforts” in helping the injured man. The doctor described Ray as a “fine example of the first responder; diligent, quick thinking and capable of working independently for the benefit of the community.”

Although the victim eventually lost his lower leg, I know Sgt. Ray Fanelli played a major role in assuring this man survived his unfortunate event. I, too, wish to congratulate Ray on a job well done, as he is a credit to his department and to all the other police and first responders everywhere that fall into the category of being an “everyday hero.” 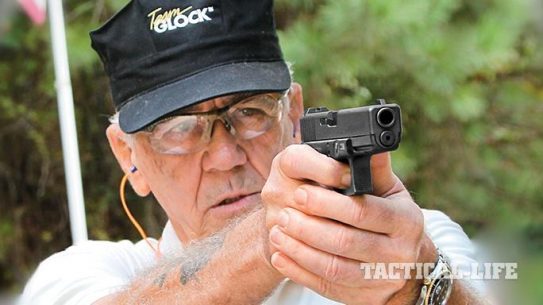 The Gunny Talks About His Favorite New GLOCKs