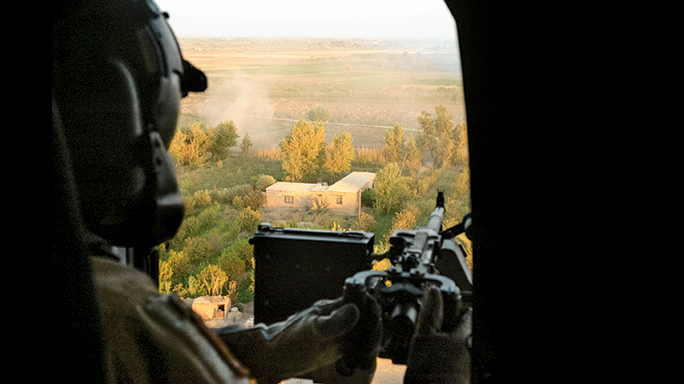 Here you can see the farmhouse Hallums was held captive in.
Comment(s) 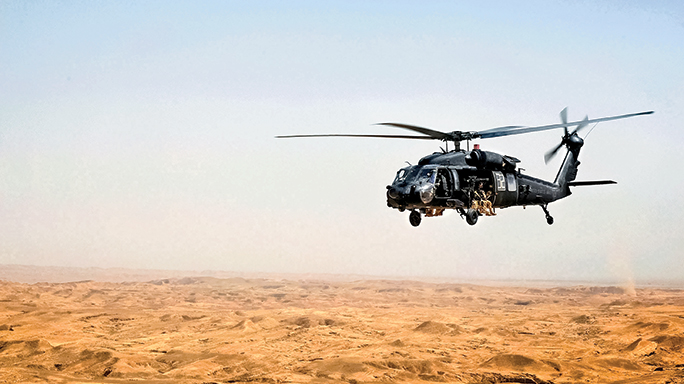 1 of 3
The Rescue of Roy Hallums
A rapid trip in a Black Hawk brought the Delta Force commandos over the farmhouse where Hallums was being held.

2 of 3
The Rescue of Roy Hallums
Here you can see the farmhouse Hallums was held captive in. 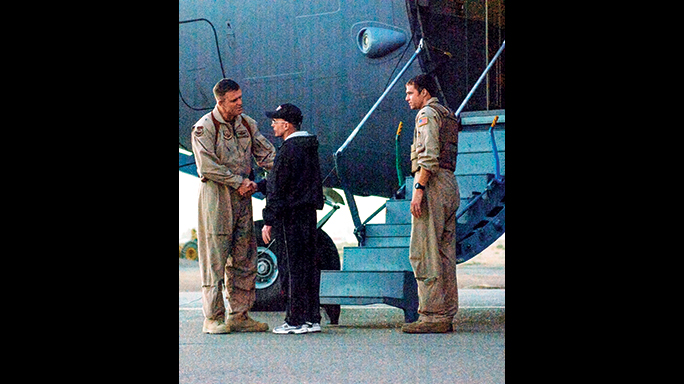 3 of 3
The Rescue of Roy Hallums
A grateful Hallums later shook hands with Air Force Brig. Gen. Frank Gorenc before boarding a fight for his return to the United States. 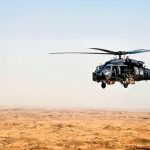 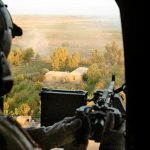 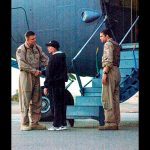 On Nov. 4, 2004, a group of 20 Iraqi gunmen stormed a compound in Baghdad and took six hostages, including American contractor Roy Hallums, an employee of a company that was providing food for American and Iraqi troops.

Four of the hostages were released immediately, leaving just Hallums and Filipino Roberto Tarongoy, who was released in June 2005, in part to deliver the kidnappers’ demand for $12 million in exchange for the release of Hallums.

Gagged and bound for most of his more than 10 months in captivity, Hallums struggled to keep hoping.

“I tried to stay calm and think about what my actions should be in possible situations,” he told National Geographic in 2013. “I knew the U.S. Military and U.S. Government would be doing everything they could to locate me, so I kept hoping that, at some point, I would be found. Of course my primary concern was that I could be killed before I was located. I would concentrate on each day and I would consider each day of survival as a small victory.”

Special forces investigating Hallums’ case got the break they needed in early September 2005, when an Iraqi who had been detained for questioning by coalition forces provided critical intelligence on where Hallums was being held.

A quick helicopter ride later and the Delta Force arrived in the designated location, a farmhouse 15 miles south of Baghdad, only to find that Hallums’ captors had fled. But underneath the farmhouse floor, the Delta team found a cement cell, equipped with just a narrow tube to the air above to keep its occupant alive.

Inside the cell was a prisoner. “Are you Roy?” asked one of the Delta soldiers. “Yes,” Hallums answered. “Jackpot!” exclaimed the happy rescuer.

After 311 days in captivity, Hallums was free at last. 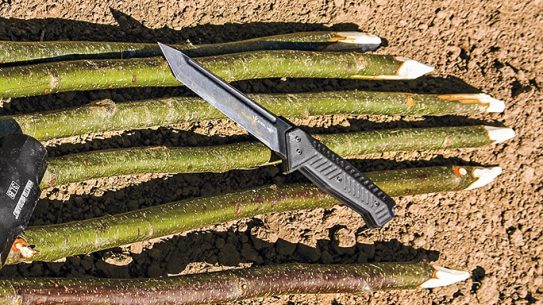 Steel Will Knives' new tanto gives you a fighting edge for any mission.