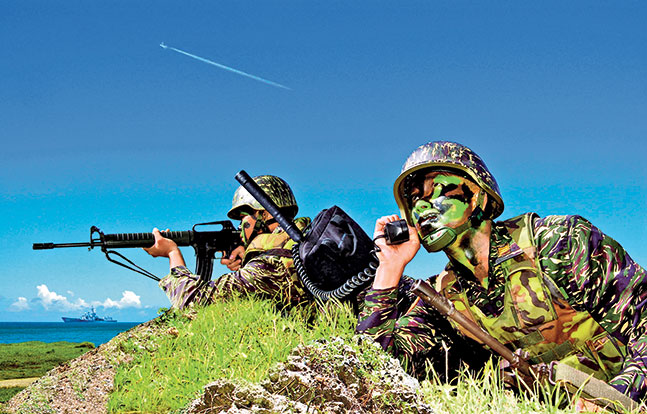 1 of 7
ROC Military: Taiwan’s Top Tier
An ROC Marine, armed with a T65K2 rifle, defends a beachhead from an elevated position while a radioman stays in contact with command. 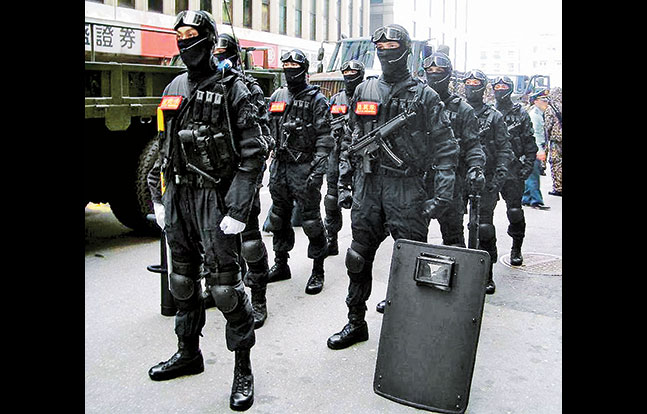 2 of 7
ROC Military: Taiwan’s Top Tier
One of Taiwan’s special operations units stands in formation during a parade—possibly the Airborne Special Services Company or the ROC Military Police Special Service Company, since the HK MP5 and ballistic shield indicate their counterterrorist duties. 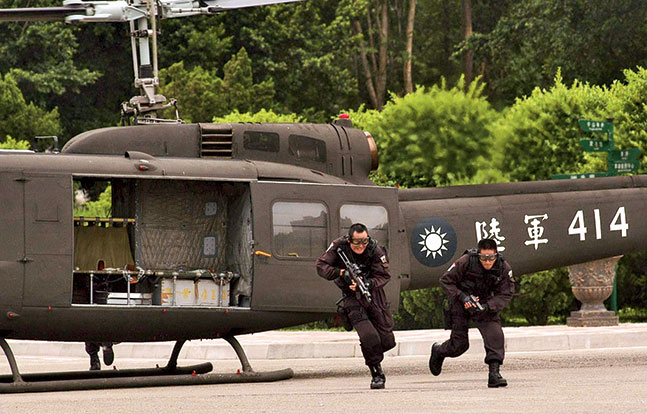 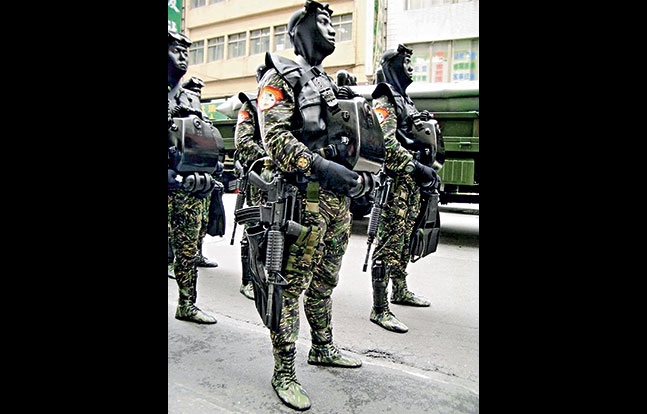 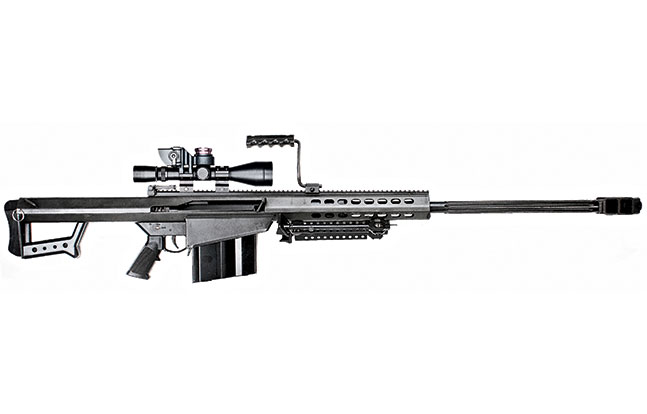 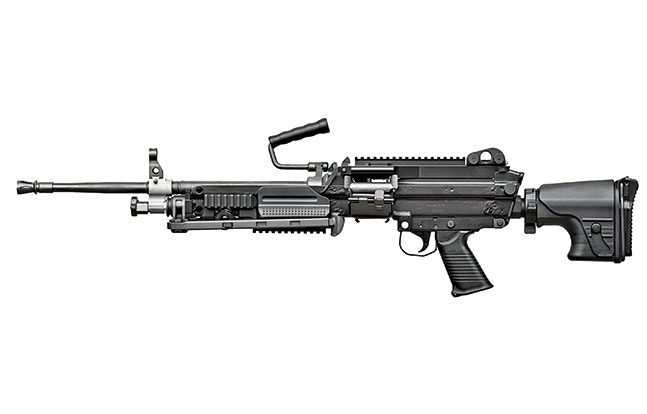 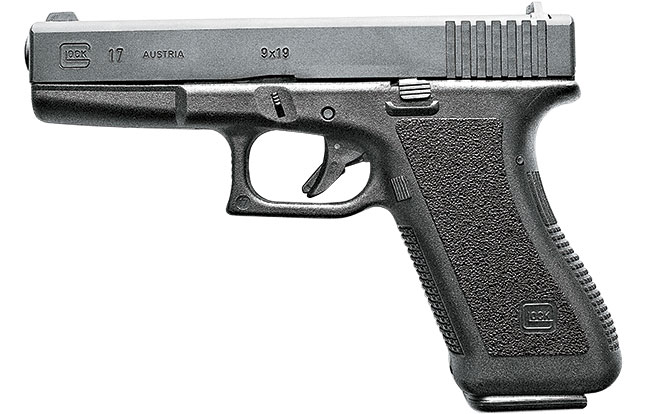 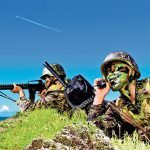 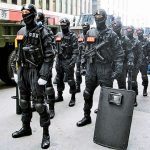 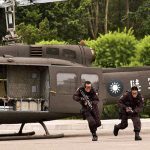 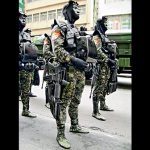 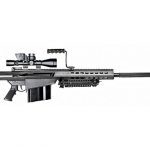 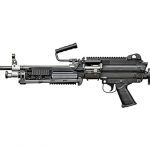 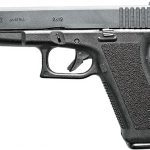 When the Chinese Communists under Mao defeated the Nationalist Chinese and took the mainland in 1949, Chiang Kai-shek retreated with his Nationalist government to the island of Taiwan and established what became the Republic of China (ROC). Since that time, the ROC has developed a successful economy and a democratic government. However, the People’s Republic of China (PRC) has continued to claim that Taiwan is part of China. As a result, the ROC has remained under threat of attack by the PRC until the present day.

To understand the magnitude of this threat, consider that the population of the PRC is approximately 1.4 billion, while that of the ROC is approximately 23 million—less than 2 percent of the PRC’s. Making the threat even greater, the island of Taiwan is only about 140 miles from the Chinese mainland, while some of the ROC’s offshore islands are only about 10 miles from the mainland.

As a result, the ROC has about 290,000 active military personnel and 1.7 million reserves. At $10.7 billion, its military budget is the 20th largest in the world, but it’s still only about one-sixteenth that of the PRC. Currently, ROC troops are trained to counter an invasion, with smaller, more mobile units replacing large, traditional Army divisions. Great importance is placed upon the ROC’s amphibious units, which can strike behind the lines of an invader or protect Taiwan’s offshore islands.

“Should the People’s Republic of China decide to try to take Taiwan, ROC elite units will likely be their most serious opposition …”

Reportedly, ROC special operations personnel are trained especially to rapidly respond to a PRC attempt to seize the country through rapidly disrupting command and control. Scenarios that have been considered include an airborne assault on Taipei, Taiwan’s capital, as well as other major cities. A major objective would be the seizure of Songshan Airport so additional troops could be flown in from the mainland. In the capital, initial resistance to an airborne assault would fall primarily to the ROC Military Police, who provide security at government installations. The elite unit within the ROC Military Police is the “Nighthawks” Special Service Company. However, though the ROC MPs are considered solid units, they would soon be overwhelmed if not reinforced quickly.

To quickly counter such a threat, the ROC Army has a combined Aviation and Special Forces Command, units of which are highly airmobile. Special Operations Command incorporates various special operations battalions, which comprise the 862nd Special Warfare Brigade, often compared to the U.S. Army’s Rangers. Considered by many to be the most elite unit in the ROC Army is the 101st Recon Battalion, also known as the “Sea Dragon Frogmen.” Trained much like our U.S. Navy SEALs, this unit has personnel stationed on various offshore islands. The Army also has the Airborne Special Services Company (ASSC) with a counterterrorist mission similar to that of the U.S. Combat Applications Group (CAG), aka Delta Force.

As with the USMC, the entire ROC Marine Corps (ROCMC) is considered elite. The principal maneuver groups are three brigades supported by an Amphibious Armor Group. Within this group are Amphibious Transport Squadrons and Amphibious Artillery Squadrons. There is also the Amphibious Reconnaissance Group, which is considered to be the elite unit within the ROC Marines. Often compared to the U.S. Navy SEALs or USMC Recons, more than half of the 600 members of this unit are aboriginal Taiwanese, the original residents of the island who comprise about 2 percent of the ROC population. This would equate to the large number of Maoris who serve in the New Zealand SAS.

There is also reportedly a special tactics unit within the ROC Air Force. Little information is available about the unit, but presumably it would have similar missions to a USAF Special Tactics Squadron, including TACP and CSAR.

An interesting aspect of the selection process for the highly elite units, such as the ROCMC Amphibious Recon Group or the Army’s 101st Recon Battalion, is that much of the selection is carried out in teams. Although the first weeks of selection may be based on individual determination and fitness, after that the candidate becomes a member of a team with which he will succeed or fail. Teamwork is, of course, important for the small units of a special operations force, but it does not play as large a part in selection for many units as it does with the Taiwanese.

“For anti-materiel missions, the Barrett M82A1 is used. Special operations units use the Glock 17 pistol as well as …the locally produced T75K1 version of the M9 …”

The primary submachine guns used by ROC elite units are the HK MP5A5 and Uzi. Their shotguns include the Benelli M1014 and the Franchi SPAS-12. Various sniper rifles are used, including the U.S. M24 sniper weapon system (SWS), the German DSR-1 bullpup rifle, the HK PSG-1 and the Swiss SSG 2000. For anti-materiel missions, the Barrett M82A1 is used. Special operations units use the Glock 17 pistol as well as possibly the locally produced T75K1 version of the M9 and the T51, a locally produced version of the 1911.

Heavier weapons used by the ROC special operations units and Marines include the FN Minimi and the T74, a locally produced version of the FN MAG. The U.S. M2 .50-caliber heavy machine gun is also used. Grenade launchers include the U.S. Mk19 Mod 3 as well as the drum-fed Milkor MGL. Operators also use the T85 grenade launcher with the T86 rifle.

ROC special operations units also use another interesting piece of equipment that has attracted a lot of attention: black ballistic face masks that give the operators the look of a robot but also offer protection against a close-range .44 Magnum round. Reportedly, they severely inhibit peripheral vision and see limited use.

The Republic of China’s special operators and Marines are well trained and well motivated. Should the People’s Republic of China decide to try to take Taiwan, ROC elite units will likely be their most serious opposition, but they will undoubtedly be outnumbered in the fight! 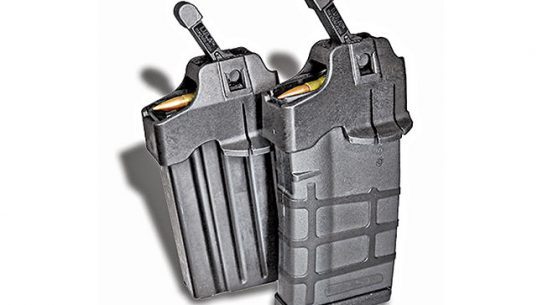 It’s all in the details—take your AR to the next level with Tactical-Life's list...

Survey Shows 1 in 20 Households Purchasing Firearms Due to...