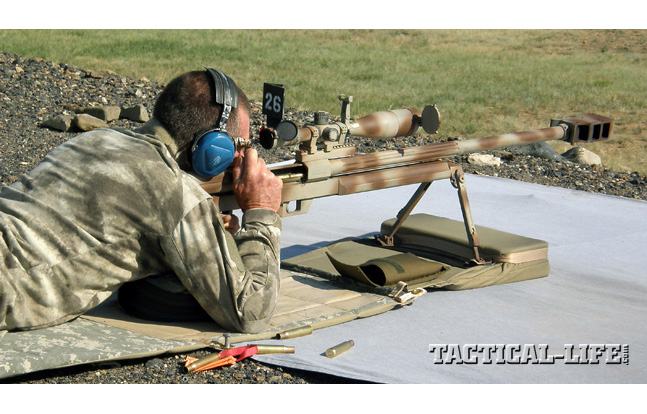 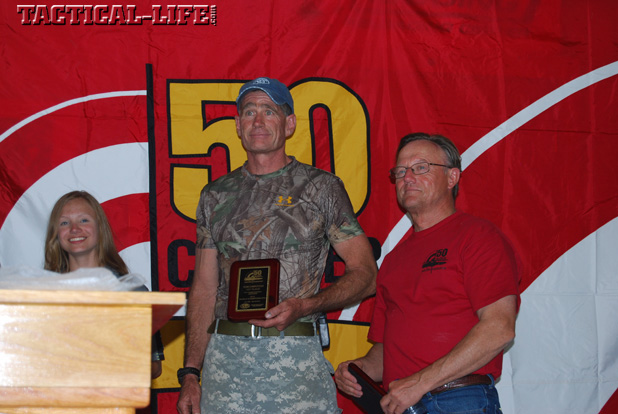 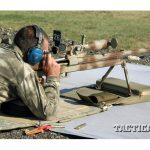 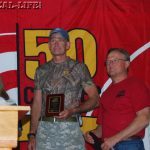 It is weird how snipers recognize each other. It may be the attention to detail or a special look, I do not know. However, if you place a couple snipers among 50 target shooters, they will end up together in no time. That is what happened with me and SGM Walt Wilkinson. The first year I shot at the 1,000-yard Fifty Caliber Shooters Association (FCSA) World Championship at the NRA Whittington Center in Raton, New Mexico, I noticed Wilkinson and his Krylon-camouflaged Steyr .50. I approached him and we started to talk about sniping, our common Steyr rifles and our love for long-range shooting.

Snipers shoot to the center of the target—no matter what—and in FCSA target shooting, this “attitude” means forgetting about groups and concentrating only on score. We shoot to the center of the target, and if we miss the first shot, we will keep shooting for score and forget about “following the group.” Not many FCSA shooters do that, as it means losing any chance of a good group position, and therefore in the final combined aggregate. It wasn’t much of a surprise when I noticed that the tough-looking guy shooting the other Steyr on the firing line did exactly that. Just like me.

In 2011, Walt fought hard against the wind and even had a major “malfunction” when another shooter ran over his rifle with a mini-van. He was shooting good, but with all the odds against him, he couldn’t win Hunter Class. On the contrary, in 2012 and using the same out-of-the-box Steyr HS-50, Wilkinson beat us all and became the Hunter Class Champion of the FCSA World Championships. I was very happy for him and for Steyr, as it was the second year in a row that a competitor with a Steyr HS-50 had won the Hunter Class.

Wilkinson, a retired U.S. Army Special Forces Ranger, sergeant major and current Gunsite Academy instructor, won with a final aggregate score of 274-6X, beating Lee Rasmussen by just two X count. This win is an awesome feat in itself, as Lee may be the best all-around .50 BMG shooter living today. Lee shoots scores as well as a sniper, but he also holds the world record five-shot group of 1.9 inches. Beating Lee means something! In addition to the Hunter Class World Championship title, Wilkinson was also a member of the Ten-X team, which won the Team World Championship and also won the 600-Yard Practical Match. This was his third consecutive 600-Yard Practical Match win using the Steyr HS-50.

Military Background
Sergeant Major Wilkinson got into Special Forces from the 1st Ranger Battalion in 1981. After graduating the “Q” course as a Light Weaponsman, he was assigned to 5th Group both at Ft. Bragg and Ft. Campbell and remained there until 1995, when he was promoted to sergeant major. He did a long tour in Somalia, extremely long by any standards at 2.5 years, were he was a member of the team that trained Somali Commandos in U.S. tactics. During his time in 5th Group, he deployed to numerous countries across the Middle East and Africa for training and other missions he’s not able to talk about.
Wilkinson served in Operation Desert Storm as part of the U.S. Special Forces in the area. He was a team sergeant then, and his team’s mission was Combat Search and Rescue (CSAR)—inserting and extracting Special Forces teams and recovering downed pilots.

Back home, and after the U.S. Army Sergeants Major Academy, Walter was assigned to 10th Group at Ft. Carson for two years. There he was a company sergeant major, and his company did two tours in Bosnia and one to Turkey. In 1998, he moved on to a Counter Drug task force as the J3 SGM. In 2001, he was assigned to a Department of Defense assessment unit as the unit’s SGM for the remainder of his career. Like most humble heroes that I know personally, you will not hear about medals and honors from him, so all I can say is that Sergeant Major Walter Wilkinson retired honorably in 2005 after 30 years in service.
He was sniper-trained, and he graduated from two sniper schools during his military career: the AMTU at Ft. Benning in 1979 using the M21 with a Leatherwood ART-1 scope and then the 18th Airborne Corps school in 1982 using the Leatherwood ART-2 scope.

Wilkinson started shooting competitively in 1976, when his battalion team won the post combat pistol match at Ft. Stewart and he won the individual match, not only that year but the next as well. This win meant he was selected to go to Ft. Meade to train with the FORCOM team both years, and that is where he was introduced to “Precision Pistol” shooting. But he did not take to this style of shooting very well, as he was an infantryman and sided more with combat shooting. However, he did enjoy tactical matches and shot in local police pistol matches in the early 1980s—matches that were very similar to what IDPA is today. He also shot a few sniper matches at Ft. Bragg and Ft. Bliss, winning a couple of them. He started shooting FCSA . 50 BMG matches in May of 2010. After that, he also got into the “Sporting Rifle” matches there at the Whittington Center in Raton and “Practical Rifle” matches out in Arizona.

Rifle, Optic & Ammo
Wilkinson’s HS-50 is equipped with a Nightforce 5.5-22x56mm NXS scope and Steyr’s standard, state-of-the-art, CNC-machined, folding bipod. So equipped, the rifle weighs in at just about 30 pounds in a class with a 50-pound limit. Personally, I think that Hunter Class rifles should be limited to 30 to 35 pounds, as this is what hunting and tactical rifles weigh. Installing a bipod on a Heavy Class rifle and making it a Hunter Class rifle is an oxymoron. Hunter Class should be limited, in my humble opinion, to Light Class gun weights (32 pounds) so the essence of the Hunter Class, as a class you can shoot with an out-of-the-box rifle, is maintained. This adds value to Wilkinson’s win, as many of his competitors shot rifles much heavier than his and with custom barrels, actions and chambers. Winning with a sniper rifle with a standard chamber is an awesome challenge.

The Steyr HS-50 can shoot any commercial and NATO load with its CIP chamber. For those of you who are wondering what a CIP chamber is, it is just the European version of SAAMI standards. In most cases, they are just the same, but with the .50 BMG, the CIP chamber has a definite advantage over U.S. chambers as it has a tighter neck.

In the fall of 2011, Wilkinson changed his reloading componets to match-grade brass and started using Dale Arenson´s Ten-X bore rider bullets, and he has been always willing to share his reloading experience with me. This proves once again his warrior ethos and his team spirit. With his help, I will have a chance of beating him next year—sniper against sniper. Lee Rasmussen permitting. 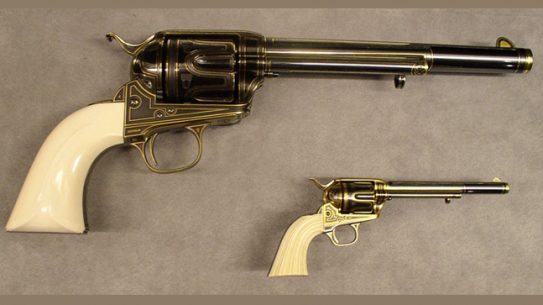 Exhibit of Engraved Firearms at The Cody Firearms Museum

The Cody Firearms Museum, at the Buffalo Bill Center of the West in Cody...