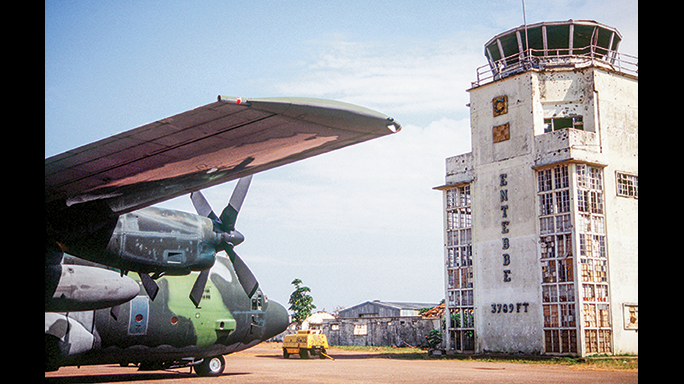 1 of 2
Special Ops History: The Raid and Rescue at Entebbe Airport
The old terminal (shown here in 1994) still bears the bullet holes from the operation that rescued 103 hostages and the entire fight crew of an Air France fight hijacked by terrorists in 1976. 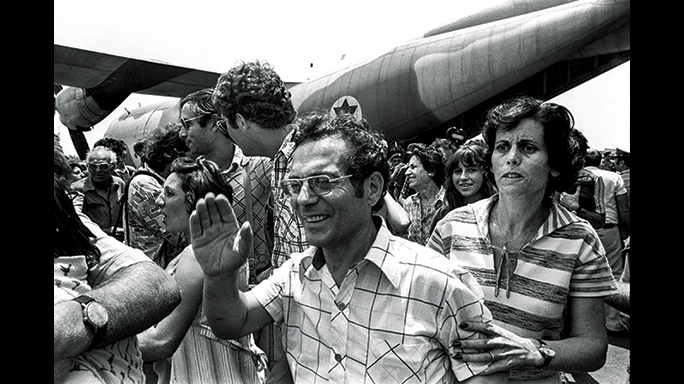 2 of 2
Special Ops History: The Raid and Rescue at Entebbe Airport
A group of hostages shown celebrating their freedom. 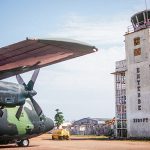 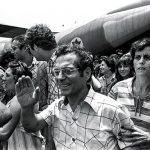 On June 27, 1976, two Palestinian and two German terrorists hijacked an Air France fight headed from Tel Aviv to Paris, rerouting the plane to Entebbe, Uganda. On board were 248 passengers and 12 crew members. The dramatic rescue of passengers and crew, following failed negotiations, is today considered the purest definition of a successful special ops mission.

When the Airbus A300 landed at the Entebbe Airport, the four hijackers were joined by three militants. Unpredictable, often brutal, and perhaps psychologically unstable, Ugandan dictator Idi Amin surprised the world by welcoming the terrorists and deploying his military in defensive positions around the airport.

Over the following two days, the hijackers released 142 mostly non-Israeli hostages. At the same time, they demanded $5 million in ransom and the release of 53 pro-Palestinian militants jailed in Israel and other countries. The remaining hostages would be killed if these demands were not met. Deadline: July 1.

The Israeli intelligence agency Mossad immediately began collecting information from released hostages and feeding it, along with whatever additional intel it could gather, to the Israel Defense Force (IDF). A model of the airport in Entebbe was quickly constructed, where commandos could plan and rehearse for a possible rescue operation.

Following negotiations, the deadline was extended to July 4, but it quickly became apparent that negotiations were failing. The IDF decided to go in.

As soon as the plane carrying the commandos landed, at 11 p.m., the fighters rushed the terminal building in an effort to surprise the hijackers before they could begin killing hostages. The assault lasted just 30 minutes.

All seven hijackers and three hostages were killed, while 103 hostages and the entire fight crew were rescued. As the hostages were being loaded onto a cargo plane, the Ugandan forces opened fire on the commandos, killing Yonatan Netanyahu.

The Israeli commandos responded by killing 45 Ugandan soldiers. They also destroyed as many as 30 Soviet-built MiG fighters to prevent a Ugandan pursuit. Five Israeli commandos were injured in the operation, though Netanyahu was the sole Israeli killed.

Intelligence agencies around the world marveled at the effectiveness of the Mossad- and IDF-led operation. The U.S. developed rescue teams modeled on the Entebbe rescue and several future missions would adopt tactics used during the raid.