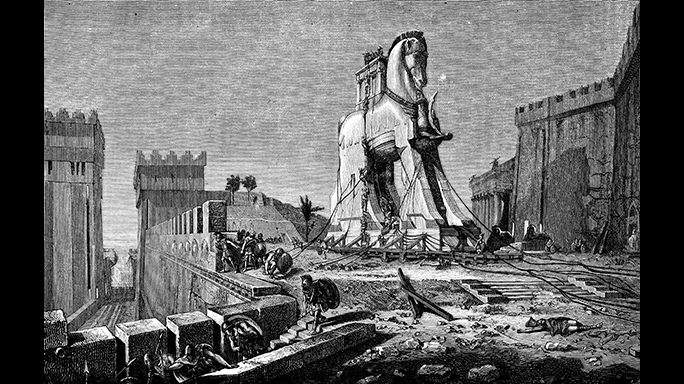 No one truly knows how much of the Trojan Horse tale is fact or myth, but it is still remembered as one of the most successful special ops missions.
Comment(s)

The daring operation recounted in the story of the Trojan Horse is easily the earliest, most successful, and most famous special ops mission of all time. Regardless of whether the story is historical fact or elaborate myth, it demonstrates the value of a cunning plan, stealth, and precision execution — key elements in the narrative of all successful special ops missions.

The Trojan Horse was first mentioned in Homer’s Odyssey, from the eighth century BC, and later described in detail in Virgil’s Aeneid, written between 29 and 19 BC.

After the Greeks had besieged Troy for 10 years, the story goes, Odysseus developed a plan to finally end the Trojan War. First, the carpenter Epeius built the huge horse, then Odysseus and 30 or 40 elite forces climbed inside.

The horse was left at the gates of Troy while the Greeks sailed off to a nearby island. A Greek soldier stationed outside the horse told the Trojans that the Greeks had left for home, and that the horse was a gift, dedicated to Athena to atone for the desecration of her temple at Troy and to ensure the Greeks a safe voyage.

After furious debate, the Trojans wheeled the horse inside the city walls. That night, as the Greek army returned to Troy, Odysseus and his forces climbed out of the horse and opened the gates. The Greek soldiers rushed into Troy and defeated the Trojans.

Today, the historical reality of both the Trojan War and the Trojan Horse remain open questions. But sneaking a small, elite force behind enemy lines remains an objective in most ops missions today, and larger lessons passed down from the story of the Trojan Horse form the foundation for all special ops elite units. 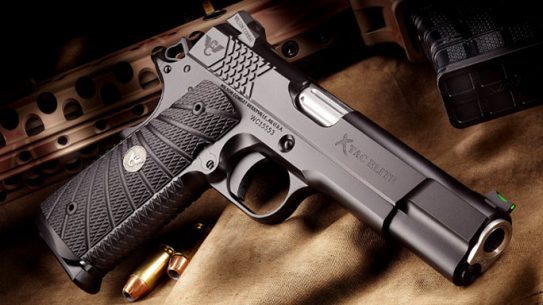