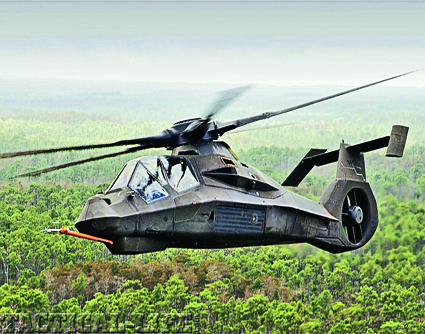 Night Riders
The quiet professionals of SEAL Team Six earned the nation’s, and the world’s, gratitude on May 1, but much credit also is due the 160th, without whom the SEALS could not have accomplished their mission. Night Stalker crews flew, from an unnamed location in Afghanistan while carrying the SEALS and other personnel, on a hair-raising ride. MH-60 cruise speed is 120 knots (138 mph), and the Night Stalkers piloted the modified MH-60 Special Operations Black Hawk helicopters at dash air speeds up to 178 knots (205 mph), using NVGs while hugging rugged terrain to avoid Pakistani radar detection. Although capable of aerial refueling, the Afghan border lies only about 100 nautical miles from the Bin Laden compound, well within its 450-nm unrefueled mission range. In any case, a refueling probe would enlarge the helicopter’s radar cross-section.

On arrival, the Black Hawks landed immediately within the Bin Laden compound’s confined spaces, crossing over the 18-foot-high walls. At least two helicopters apparently entered the compound, and one of them crash landed, rendering it not airworthy, although no one was injured in the mishap. No cause has been reported at this writing, but experienced pilots suggest that a quick descent could have induced a condition known as “settling with power” or a vortex-ring state, in which a helicopter descends more quickly than the velocity of the air its main rotor blades push down, eliminating lift.

As the team departed the compound after about 40 minutes on the ground, ear-splitting explosions lit up the area and turned the disabled Black Hawk into a pile of twisted metal, blasting the helicopter’s tail section against a wall. As the day dawned, the world discovered that the Night Stalkers’ Black Hawk was a bird of a different feather. 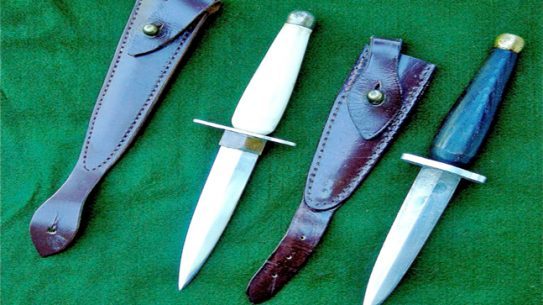 Built from re-purposed scrap, these knives were made for CQC from the original masters!