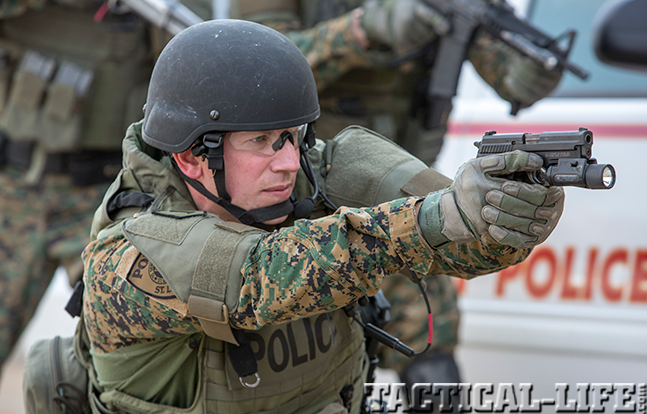 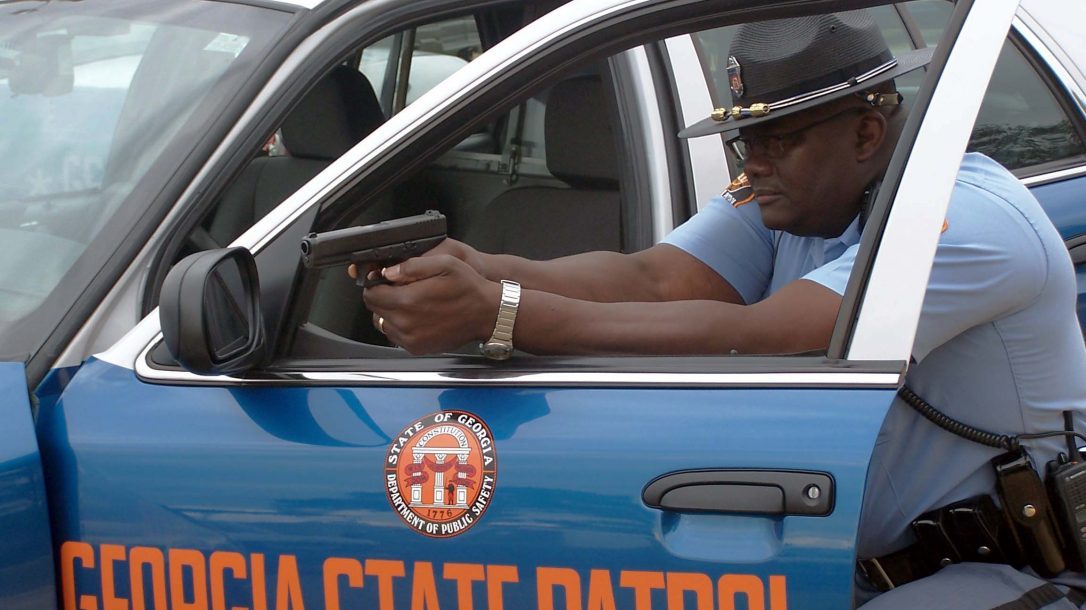 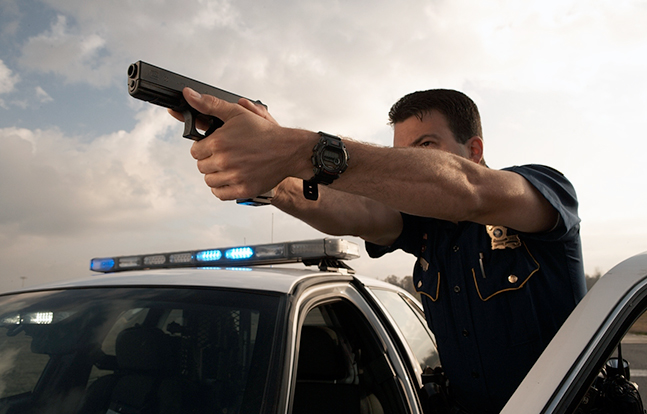 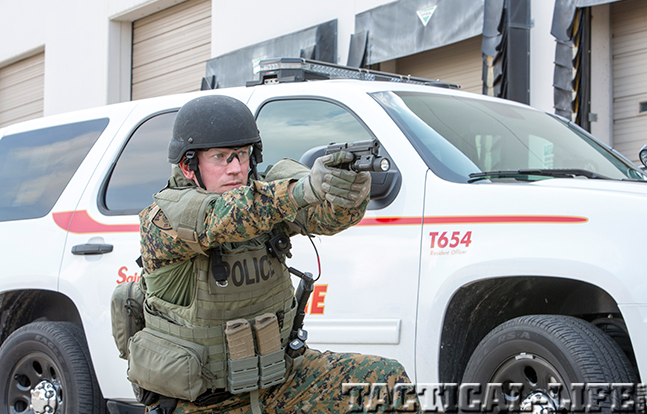 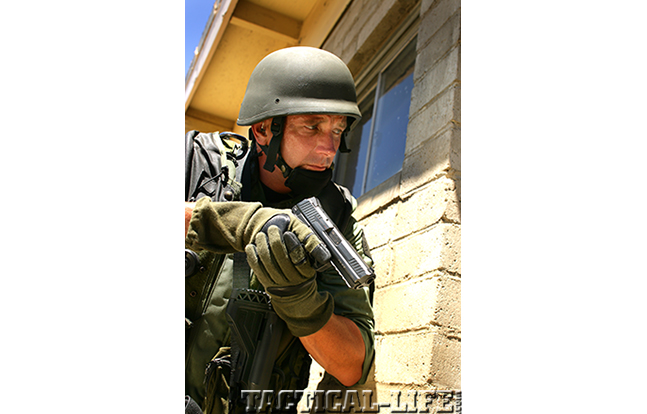 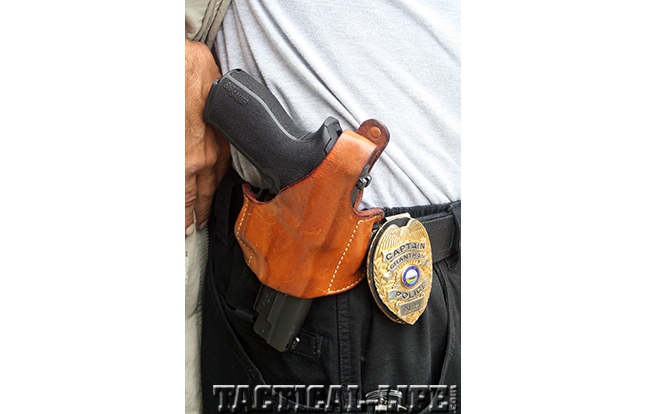 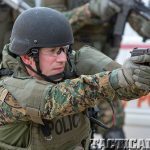 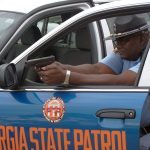 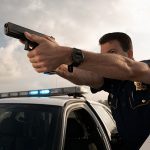 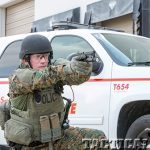 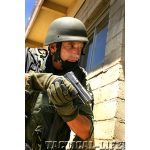 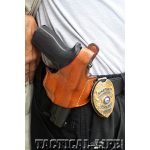 Different law enforcement agencies do different things in different places with different people. It’s no surprise, then, that different departments might choose different equipment. A Chevy Tahoe might be a more practical standard patrol vehicle in Smallville, while the Chevy Caprice might work better for cops in Metropolis. The same is true of police service pistols.

We’re currently hearing a lot about departments going to 9mm from larger calibers. Cost of ammunition and recoil management/speed of accurate fire issues are the reasons most often cited. For Case One, consider the St. Paul, Minnesota, Police Department. It was the first big police department, roughly a quarter-century ago, to adopt the 9mm Glock 17. The .40-caliber Glock 22 hadn’t been out too terribly long before St. Paul went to it instead, seeking a more powerful duty cartridge. In 2011, St. Paul officers traded their G22s back in for G17s. Their firearms training staff had determined that modern ammunition innovations had brought the 9mm round up to a satisfactory performance level and would improve the average officer’s ability to hit at speed in comparison to the .40 S&W round.

In Case Two, scuttlebutt has it that the Texas Department of Public Safety, famous for its high success rate in shootings with the powerful .357 SIG, 125-grain Gold Dot load in its Sig Sauer P226 pistols, will be equipping an upcoming recruit class with 9mm pistols and giving in-service troopers the 9mm option, too. Once again, ease of training and hit potential are spoken of as the reasons. The FBI may soon become Case Three. Having adopted .40-caliber Glocks as standard issue circa 1999, the Bureau is reportedly giving strong consideration to going back to 9mm. The FBI already allows agents to replace the issued .40 with a 9mm or .45 ACP Glock if they choose.

These agencies are not alone in taking, or at least scoping out, the 9mm path. In Case Four some years ago, the Topeka, Kansas, Police Department switched from 9mm to .40 S&W. However, the pistols it chose experienced reliability issues. The TPD replaced those .40s with 9mm Glocks, which have worked just fine since. The issued load has, for many years now, been the 124-grain Speer Gold Dot +P. Topeka reports that this load has stopped felons just fine, in all kinds of weather and sometimes through intervening barricades. The New York City Police Department has documented the same excellent performance from the 124-grain Gold Dot +P in its 9mms since about 1999, and has never seen a need to authorize a larger-caliber handgun.

Other agencies have taken different paths. Consider as Case Five the Indiana State Police. The agency went from 9mm to .40, then to 9mm after it had reliability problems with its .40s, before finally switching to .45s. In 2013, a thorough study by command determined that while some troopers didn’t care what caliber they were issued so long as the guns worked, those who did have a caliber preference came down heavily on the side of the .45 ACP. Currently, the ISP will be transitioning its troopers to new Sig Sauer P227 service pistols in .45 ACP.

Case Six: The New York State Police had shootings in which it felt its 9mm hollow points did not take effect quickly enough. The agency switched to Glocks in .45 caliber and issues them today. In Case Seven, an incident in which a cop-shooter soaked up a large number of .40-caliber bullets before he went down led the Pennsylvania State Police to take a step up the caliber scale, first with Glock 37s in .45 GAP and then to Glock 21s in .45 ACP. In 2008, complaints by street officers that their 9mms weren’t stopping the bad guys fast enough led to Case Eight, in which the Philadelphia Police Department authorized its officers to acquire .40- or .45-caliber Glocks to carry at work.

Local experience and gunfight analysis are factors in the police service caliber decision. So is the confidence factor, as seen in Case Five. So is the collective assessment of department-wide shooting skill by the firearms and tactics training staff of the given agency. With different agencies going in different directions for different reasons, there are advantages to the policies of some departments that simply give the individual officers their choice as to caliber. The Chicago Police Department, the Las Vegas Metropolitan Police Department, the Los Angeles Police Department and more have followed that model and have been happy with the outcome. 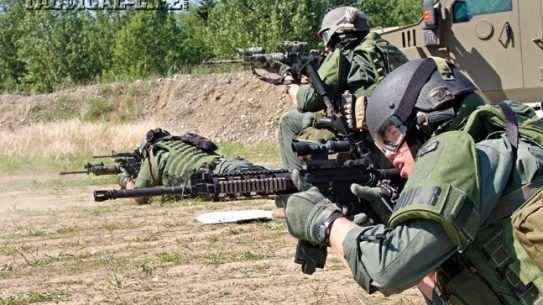 Tops guns and training help the Alaska State Troopers keep the peace in the...