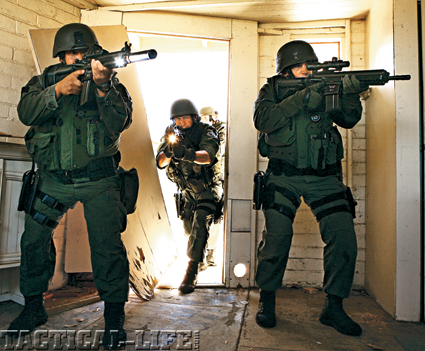 Norm was a drunk and a wife beater and the more he drank the more he took it out on his old lady. This night was no exception. Pissed at the world and fueled by a 12-pack of cheap beer (called “felony beer” by local police), Norm started his second hobby, using his wife as a human punching bag. This time, however, his wife of 20 years had enough and fearing he was finally going to kill her, she ran to the neighbor’s house and called 911. This call led to a police response, and Norm blowing out a window with his 12 gauge led to a tactical team response. Some time later after failing to surrender to the S.W.A.T. team, Norm changed his mind and was taken into custody when he fled the house to avoid another CS gas barrage. Even in his alcohol-addled state Norm knew he needed to breathe…

So goes a typical barricaded subject call-out for S.W.A.T.: Alcohol-fueled resistance to police arrest from an armed and dangerous suspect who takes refuge in a structure. Make no mistake, “Norm” and people like him can and do kill police officers in this country.

Further, there are those ultra-violent individuals who also comprise the barricaded suspect category, such as the following:

In Oakland, CA , Lovelle Mixon shot and killed two of Oakland’s finest after being stopped in his vehicle for traffic violations. Mixon went barricade in his sister’s apartment and refused to surrender. When S.W.A.T. entered the apartment Mixon, hiding in a closet, open fired and killed two tactical operators before he was shot and killed.

In Pittsburgh, PA, Richard Poplawski killed two officers responding to a domestic disturbance. When a third officer responded to the officer down / shots fired call, he was killed as well. Poplawski went barricade and exchanged gunfire with tactical officers in an armored vehicle before he surrendered.

Patrol Response
Things can “cook-off” quite fast for patrol officers in the time leading up to a barricade. A fairly innocuous call such as a barking dog or a domestic disturbance can go south in a hurry when, “bam” shots are fired or a suspect threatens officers with a gun.

Taking cover is a primary concern for officers in these initial stages. Cover, something that will stop or slow incoming fire, is relative, and is based on several factors. What makes good cover when facing a handgun may not make good cover against a rifle. Ground-level positions of cover may not be sound if a suspect has access to a second- or third-story in the location, as elevation may expose officers’ positions. 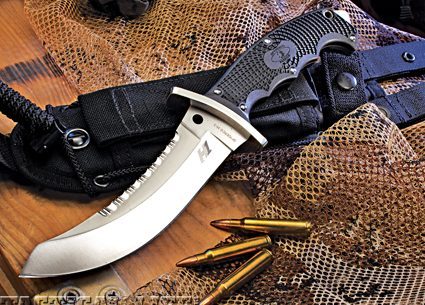