It is nice to experience the “real deal,” and Pat McNamara’s two-day Tactical Application of Practical Shooting (TAPS) carbine and handgun class as facilitated by Grey Group Training at the Echo Valley Training Center is just that. For those unfamiliar with McNamara’s resume, here is a quick rundown, courtesy of his website: “Patrick McNamara spent 22 years in the U.S. Army (retiring as a Sergeant Major) in a myriad of special operations units. When he worked in the premier special missions unit, he became an impeccable marksman, shooting with accurate, lethal results and tactical effectiveness.” The unit mentioned is 1st Special Forces Operational Detachment-Delta (1st SFOD-D), popularly known as Delta Force and normally referred to as “The Unit” by its members.

McNamara’s military experience quickly taught him that there is more to tactical marksmanship than merely squeezing the trigger. Based on his experiences, many of which he is not at liberty to divulge, McNamara developed a training methodology that is safe, effective, combat-relevant and encourages a continuous thought process. His methodology teaches students how to maintain safety at all times and choose targets that force accountability. While serving as his unit’s Marksmanship NCO, McNamara also came to appreciate appreciate the benefits of competitive shooting, and he’s developed his own marksmanship club with NRA, CMP and USPSA affiliations. 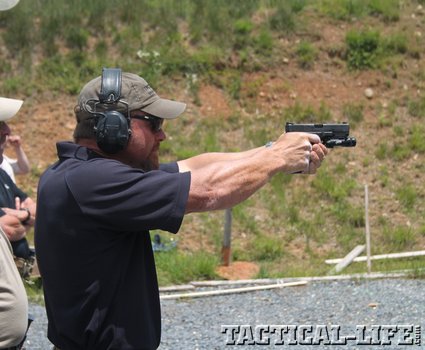 McNamara is an expert rifle and handgun marksman, often demonstrating the importance of accuracy over going too fast and missing a shot

With the credibility derived from his service time and myriad of experience, it would be easy to over-anticipate the experience of taking a class with McNamara. But this wasn’t the case at all. He exceeded my expectations in such a subtle manner that I walked away convinced that I would not miss a chance to train with him again. McNamara sets the tone immediately by taking something as standard and rote as the initial safety meeting and turning it into a teaching moment. McNamara’s intensity is contagious in a positive way. All 19 class members at Echo Valley wanted to perform and were switched on from the start. McNamara’s demeanor made him approachable, yet at the same time everyone knew we were accountable for what we were doing in terms of performance and weapon handling. 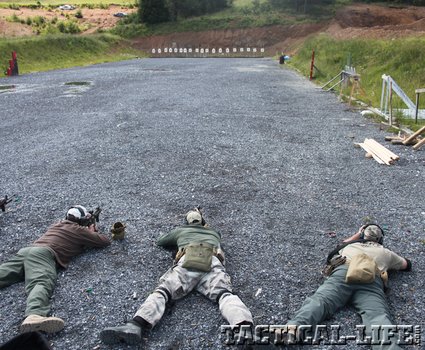 After zeroing weapons properly, the TAPS course moved beyond basic marksmanship skills to make sure students were always on target