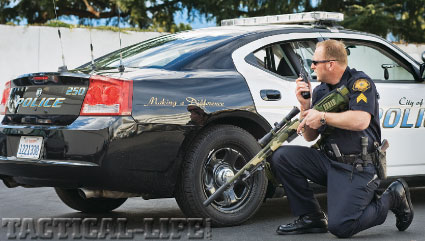 Whether you are a police officer, security agent or just a citizen concerned with the safety of your family and yourself, you need to have a fundamental understanding of the evil creatures that may oppose you. Before you start thinking this is some type of psychological thesis, let me assure you that it’s not. What we’re going to look at are two broad categories of aggressor and the mindset required to defeat them.

In the security/protection field we are concerned with both assassins and saboteurs as well as those motivated by greed and criminal intent. We classify these as sophisticated and unsophisticated assailants. This has nothing to do with their social graces, or lack thereof. We are more concerned with their varying amounts of technical training and experience, as well as goal orientation.

Sophisticated Assailants
Most organized terrorists will fall into the category of sophisticated threats, as many have their own internal “Terror Schools.” Street criminals are generally considered unsophisticated threats, though this does not necessarily mean they are less dangerous. Often the fact that an attacker is an amateur will cause people to be harmed or killed needlessly, due to the felon’s incompetence and nervousness.

Recent examples of sophisticated versus unsophisticated assailants are the attacks on the Prime Ministers of Israel and Canada. Though completely unrelated, ironically, the assaults occurred within one day of each other.

On November 4, 1995 Israeli Prime Minister Yitzhak Rabin was assassinated while entering his waiting limousine. Rabin was shot twice at close range and was dead before he reached the hospital. The man arrested, and who confessed to the killing, Yigal Amir, was a law student who had served his mandatory two years in the Israeli Army prior to entering college.

The subsequent investigation showed that Amir was opposed to the peace process Rabin had been brokering with the Palestinians. The assassination has definitely been classified as politically motivated. Although it can be said that several security errors were made that night, let’s take a look at the assailant in this situation.

Yigal Amir had at least two years of military training in the Israeli Army. This formal training puts him in the category of a sophisticated attacker. It was also discovered, through investigation, that the assassination was planned for several months prior to the assault. Detailed plans were found in Amir’s home describing the plan to assassinate Rabin. In addition to classifying Amir as a sophisticated attacker he was highly motivated. Rabin had three armed bodyguards in close proximity when Yigal attacked. Amir was tackled by members of the nearby crowd and taken alive, but he had to understand the risk of being shot to death by security personnel. This fact obviously did not dissuade him from running right up to Rabin and shooting him at close range (reports say less than one meter). In summary we can classify Yigal Amir as both a sophisticated and motivated attacker. The damage done by this assassin was tremendous.

Unsophisticated Assailants
In Ottawa, Canada on November 5, 1995, the home of Prime Minister Jean Chretien was broken into by a man armed with a folding knife. The wife of the Premier, Aline Chretien, spotted the intruder just outside the couple’s bedroom, slammed the door in his face and locked it. Chretien awoke and his wife summoned the Royal Canadian Mounted Police (RCMP), who are responsible for the protection of Canada’s top official. The RCMP responded and arrested the intruder.

In the aftermath it was discovered that the assailant, Andre Dallaire, had broken a glass door to gain entry into the official residence. Reports from the RCMP state that Dallaire was on the property for 37 to 44 minutes before he was detected and captured. The agency’s own reports also state that it took six to seven minutes for the officers to respond to the Chretien’s call for help. The suspect was captured alive and taken to a mental hospital for examinations. Both the Prime Minister and his wife were shaken up, but otherwise unharmed.

In this case the assailant, Andre Dallaire, a 34-year-old convenience store worker, spent a tremendous amount of time on target. A well trained, military unit will expend only minutes to execute a hit-and-run raid. Banks are often robbed of thousands of dollars in mere minutes. Certainly the half-hour or more that Dallaire had on scene was enough to accomplish some type of mayhem. One wonders if Andre was not simply wandering around the grounds trying to get up the courage to attack.

At first, the motive for the break-in was unsure, but after a telephone interview with the Dallaire it appeared that the foiled attack was politically motivated. Dallaire complained that Quebec, who had narrowly lost in a bid to secede from Canada, should be an independent state. Not much is known of Dallaire’s background or training. The fact that he was armed with a folding knife would suggest that the break‑in was not well thought-out. We should not however, disregard someone with at knife as being somehow less deadly. In the Middle East fanatics have been known to attack armed soldiers and policemen with knives, killing them before they could react.

We can safely categorize Dallaire as an unsophisticated attacker. However, the key factor in this case is his motivation. The fact that Andre Dallaire was able to enter the grounds and make it to the Prime Minister’s bedroom door obviously tells of serious security problems. What he did from that point indicates his motivation. After Aline Chretien slammed the bedroom door and locked it, Dallaire made no attempt to break it down. The exact strength and structure of the door are not known, though Jean Chretien did state that he armed himself with a statue of a bird in case the intruder broke the door down. This statement at least indicates that a bedroom break-in was possible.

What saved Jean Chretien and his wife from harm that night, besides luck, was a lack of motivation on the part of their would-be attacker. Andre Dallaire was not all in the game and can be classified as an unmotivated attacker. Certainly a terrorist with a specific intent and determination could have easily serious damage to Chretien and his wife that night, and given the lapse in security, would have likely escaped as well.

Lessons Learned
In the realm of law enforcement and self-protection, what does this all mean? As we have demonstrated, a high profile VIP is just as likely to be attacked by a sophisticated, motivated attacker as they are to be by some kind of delusional mental case. When planning your personal defense plan, do not key in on one certain type of assailant. Do not assume that because you have an audible alarm system that someone breaking in will hear the alarm and be scared away. They may not be. What will you do then? You need to prepare for all contingencies.

I have also encountered persons who feel that because they carry a gun that all their security problems are somehow solved. While discussing the merits of OC pepper spray, I actually had one person tell me “What do I need that for? I have my gun.” You must understand that not every defensive situation will justify deadly force. OC bridges a the gap between empty hands and a firearm. If some noisy drunk decides he doesn’t like the way you look, are you going to draw down on him? Maybe, but probably not. Are your going to get into a fist fight with him? .That is not the best solution either. One strong verbal warning, backed up by a squirt of OC in the face will likely straighten out his bad attitude. If not, then you can resort to a higher degree of force.

When preparing your defense plan your mind should focus like a wide-angle lens, taking in the entire spectrum. To focus on only one specific threat is to set yourself up for disaster. Your mental focus should be all encompassing, taking into consideration the armed assassin, the desperate amateur, and the drunk needing a quick attitude adjustment. Prepare for the worst, hope for the best, and be ready for anything in between. 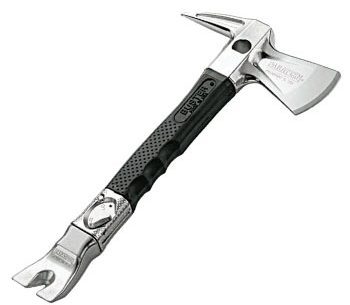 Whether you are a police officer, security agent or just a citizen concerned with…