The Art of the Long Shot 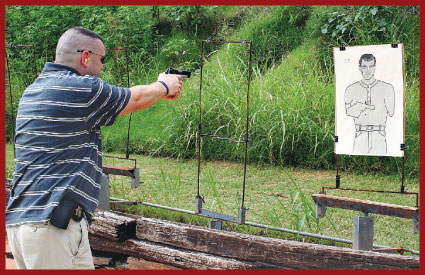 Modern police handgunning is highly focused on shooting up close; specifically, from 7 yards and closer. There is sound reasoning behind this strategy; according to FBI stats, 75 percent of officers killed in gun battles are shot at 10 feet or less. Indeed, in 2005, of the 55 officers feloniously murdered, 31 firefights took place at distances of 5 feet or less. Even in non-police-involved gunfights, distances of 10 feet and under are most common.

It’s logical then, that the majority of all law enforcement firearms training would concentrate on close-in fighting, but not without exception. In some cases, it would seem that what started out as a good idea for police weapons instruction has become a myopic house of cards.