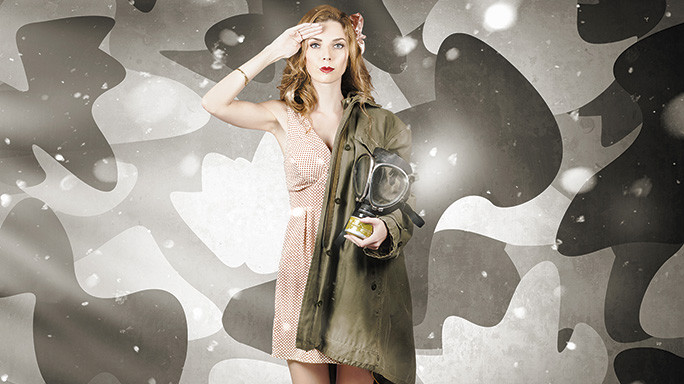 "The push to get more and more women into infantry combat roles will result in the men fighting alongside them being under more stress and facing more dangers."
(Photo by Big Stock Photo)
Comment(s)

The 120-pound pack of Marine infantry combat gear hit the floor with a thud. It brought to attention all those present in the polished and pristine committee hearing room on Capitol Hill. The Marine who humped the pack into the room—the 12th sergeant major of the Marine Corps, Gene Overstreet—issued a challenge for any woman in the room to pick up the pack and walk with it. “Never mind doing what Marines do,” he said, “carrying the pack 10 miles, then fighting with it.”

There were a lot of gulps and mumbles and uneasy stirrings heard, but none of the women in the room picked up the pack. The point Sergeant Major Overstreet made was that while women may be as tough as men, they sure as hell aren’t as strong. And the strong are vital to infantry-type combat operations.

That was 1991. Today, The Gunny is almost sick with worry about the same subject. As 2015 was coming to a close in December, Secretary of Defense Ashton Carter announced that women will be allowed to serve in all combat jobs in the U.S. military.

Alone among all the services, the Marines had the guts to disagree with the Secretary’s decision. Marine Commandant General Joseph Dunford, who is also chairman of the combined Chiefs of Staff, voiced his reservations about the new policy. He also decided to be absent from the showcase staging of the announcement where Secretary Carter sounded off about the decision as if it was unleashing stronger U.S. combat forces.

Carter said, “As long as they qualify and meet the standards, women will now be able to contribute to our mission in ways they could not before. Even more importantly, our military will be better able to harness the skills and perspectives that talented women have to offer.”

Pardon me, Mr. Secretary, but will you please tell The Gunny how “the skills and perspectives that talented women have to offer” are going to help an infantry platoon hump machine guns and ammo, plus mortar tubes and rounds, plus rifles and ammo, plus individual combat gear? Hump this stuff over 10 miles of hills and swamps, under fire, and then fight with them?

After the announcement, General Dunford did what Marines do: He followed orders. He issued a carefully worded statement that, in effect, said, “Yes, Sir!”  It read: “In the wake of the Secretary’s decision, my responsibility is to ensure the decision is properly implemented. Moving forward, my focus is to lead the full integration of women in a manner that maintains our joint warfighting capability, ensures the health and welfare of our people, and optimizes how we leverage talent across the Joint Force.”

You don’t have to be an old Devil Dog to realize that the Secretary’s ruling will whiplash through combat unit training. The effects were already being felt at the time of the announcement. The Army had showcased the graduation of two women from the Ft. Benning Ranger School.

On Sept. 25, 2015, People published an article by Susan Keating that threw a stink bomb into the Army’s celebration, claiming special treatment for the women candidates.

In a Marine study unheeded by the Secretary of Defense and reported by the Washington Post, it was found that gender-integrated units were slower, less accurate and had more difficulty removing the wounded. It was also reported that 40.5 percent of the women had musculoskeletal injuries, compared to 18.8 percent of the men. Marine General John Kelly, commander of the U.S. Southern Command and a Marine for 45 years, cited this study in voicing his concern over easing of the military’s training standards as a result of the new policy of integrating women into combat and infantry posts.

Today the push for political correctness is well under way in our military. Will the women who have made up their minds to join the ground-combat ranks as the men receive the same hard training of the men? You know the answer to that one. The training will be changed—to accommodate political correctness and see that at least some women can complete the courses.

Just after the Secretary Carter’s announcement last December, Brigadier General Diana Holland was named Commandant of Cadets at West Point. She graduated from West Point in 1990 and is now the 76th Commandant—the first female ever.

Does The Gunny have a problem with that? Absolutely not. As far as I can tell, that job is something a woman can certainly handle, and handle well. I trust and hope that she’s the right person for the job. A job that won’t require the backbreaking duties and demands that fall on infantry combat soldiers and Marines.

Women have a place in our military. There are jobs galore for them—duties and responsibilities that require professionalism and dedication. From flying an F18 to being Commandant of Cadets at West Point.

Infantry combat is different. You can’t convince me that doctoring the training requirements of our elite special operations forces like the Army Rangers, and the basic infantry training of the Marines and Army, will make our fighting forces stronger.

The push to get more and more women into infantry combat roles will result in the men fighting alongside them being under more stress and facing more dangers.

Editor’s Note: Shortly after this “Giving ’Em Hell” piece went to press, the (hypothetical) debate topic about requiring women to register for Selective Service was put to candidates running for POTUS. We’re sure that The Gunny will touch on that subject in the next issue of TW. In other news, we want to congratulate The Gunny and his team because GunnyTime with R. Lee Ermey won Best New Outdoor Channel Series during the 16th Annual Outdoor Sportsman Awards in Las Vegas on Jan. 21, 2016. 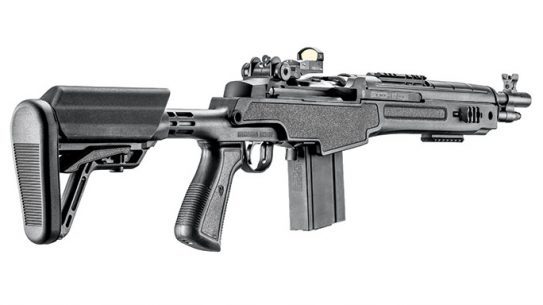