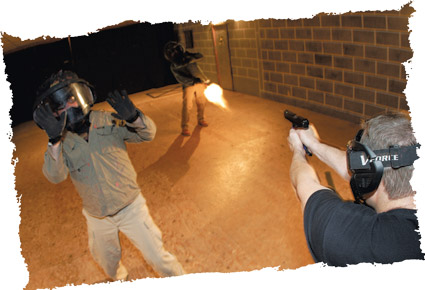 Gun carriers, whether armed professionals or competitors, all argue about what is best. Which stance, which caliber, physical fitness, 1911 or Glock, carbine or shotgun—we can argue for years and never agree. Some opinions are so strongly held that, especially after the amber-colored liquid flows, there have been fistfights over what is best. But all of this is irrelevant if we are not physically and mentally prepared.

For centuries, being a warrior was a way of life. Generations of men trained, fought, and died because that was what men did. “Progress” made society believe that the warrior mindset was outmoded, obsolete and unnecessary in modern society. The age of the gunfighter was past, and developing and encouraging the warrior mindset came to be seen as unnecessary and, in fact, wrong. The single-most important factor in winning fights was not only ignored, but discouraged: mindset.

Fighting, whether armed or unarmed, has two parts—mechanical and mental. The mechanical part, technique, tactics, and running the gun, are relatively easy to learn. It’s the mental part that is difficult. A simple example of the mental is shooting silhouette targets, which conditions us to shoot at humans.

Jeff Cooper developed a color-coded system to describe mental awareness. His “Mental Conditioning for Combat” lecture, with its white-through-red colored pyramid, became a staple in defensive firearms training. Recent authors have added black, a state of frozen panic, to the top of the pyramid. I agree with acknowledging panic, but believe we can avoid paralysis by rigorous training. Decades of political correctness, avoiding terms like “combat” to describe when two men shoot at each other, has come full circle. This is a good thing. We are now willing to address the realities of conflict, and the mental conditioning that is required to allow us to prevail.

Shooting another human can never be a reflexive response—it must be an intellectual decision. Whether you are a policeman, soldier, Marine, or armed citizen, you can only shoot when fear and imminent danger are present. That decision can only be made at the time and place, given the actual situation that confronts you; however, the willingness to do so has to be made when you decide to carry arms.

In John Wayne’s classic The Shootist, the old gunfighter, J.B. Books, is teaching young Gillam to shoot. The discussion naturally goes to human conflict, skill with guns, tactics, etc. J. B. Books dismisses these issues and discusses mindset. “It isn’t always being fast or even accurate that counts; it’s being willing. I found early that most men, regardless of cause or need, will blink an eye or draw a breath before they pull a trigger—I won’t.”

I worked with a fine Alaska State Trooper for many years. He was literally a poster child for the department, and retired after a distinguished career. At his retirement, he said he was glad he never had to draw his gun, since he didn’t know if he could have shot another man. The decision whether he could shoot if needed was a decision that he should have made long ago, and made in the affirmative. His life, his comrade’s lives, and the lives of citizens could have been jeopardized by his hesitancy to shoot if necessary.

Jeff Cooper & Bruce Lee: Mental Fighters
Trainers are now willing to discuss a warrior mindset. How to find, develop, en-courage and then control the willingness to win in combat has become a major topic in training forums. Some despair that today’s young gun-toters don’t have what it takes to win; I think they do, if they are willing to work at it.

Assuming that you are going to carry a gun, and that you are willing to use it, we need to simplify the intellectual decision that must be made when the fight begins. Responses have to be automatic, without thought, well executed, and effective—all we then need to decide is if we need to pull the trigger. The only way to do that is through hard work. Taky Kimura, one of Bruce Lee’s first students, sums it up: “There are no shortcuts.”

In one of his lectures, Cooper discussed this philosophy. He described walking down a dark street and being confronted by a “goblin.” He said that you will suddenly be looking at the goblin over the sights of your pistol—how the pistol came to be there would be something you didn’t think about. The pistol was just there, presented from the holster without thought, based on years of repetitive practice. The only thinking that had to be done was to decide whether or not to shoot.

In Joe Hyams’ great book, Zen in the Martial Arts, he asks Bruce Lee what he would do if Lee were forced into a real battle, in which he was forced to fight for his life. Lee’s reply was, “I have thought about that often. If it was a real fight, I’m certain that I would hurt my assailant badly, perhaps kill him…I would plead that I had no responsibility for my action. ‘It’ killed him, not me.

“‘It’ is when you act with unconscious awareness, you just act. When you throw a punch at me, I intercept it and hit you back, but without thought. ‘It’ just happens. ‘It’ is the state of mind the Japanese refer to as mushin (moosheen), which literally means ‘no mind.’ Mushin is attained only through practice and more practice, until you can do something without conscious effort. Then your reaction becomes automatic.”

Cooper and Lee didn’t know each other, but both were warriors who mastered their respective arts, and who understood the need to fight mentally as well as physically. For the shootist, an example of mushin might be a reaction to a fail-to-fire with the pistol. The operator taps, racks, and assesses, all without thought, after enough repetitions to do it as an automatic response.

Overcoming Fears
Another critical factor is mastering your fear. In an old episode of Gunsmoke, Matt Dillon opined, “a man who’s never afraid is a fool.” It’s true, and fear must be present to justify your use of force. The important thing is to make fear your friend.

I’m afraid of heights, so jumping from airplanes seemed like a logical occupation. Through lots of repetitions, I learned to control and overcome the fear and jump. I was afraid every time I jumped (some guys are really stupid…). I’ll never get over the fear of heights, but I could rely on my gear and my training to ensure that I’d be okay. If it doesn’t kill you, it makes you stronger.

In the previous issue of Tactical Weapons, I discussed a shooting in Alaska. I will confess that I was scared as hell on my way to the fight, and after the fight I was shaking like a leaf, but during the fight I was in a happy place. I remember being calm, focusing on the front sight, being aware of the tracers in the air, hearing the bolt lock back when the M-16A1 ran dry, reloading, watching my enemy fall and not being afraid. I was working on autopilot, falling back on training and experience and controlling my fear.

One definition of Zen is “this moment in time.” There is no past, no future, only now. The universe is just that striation cut into the front sight and the rearward pressure on the trigger. Thoughts of home kin, work, etc., have no place here. The mind must be empty, be calm, and be ready for the moment.

The ancient samurai believed in destiny. Destiny might be to live to be 100, or death today. The Spartans believed that you returned from war with honor, carrying your shield, or being carried, dead, upon it. Death was not be feared, but to be welcomed as a gentle guest. It was outside the warrior’s control—destiny. If nothing can be done about it, don’t sweat it.

Most of us lack this kind of dedication. We feel pain and stop, not fight through it. We don’t blow the blood and snot out of our nose and take another hit; we stop.

I was at a recent Taser Instructors class. One exercise required us to run out the door, down the hall, then stairs, return, do 10 pushups and 10 jumping jacks before shooting the Taser. I went all-out, did the drill, and then sat on a chair, catching my breath. A young copper, 50 pounds overweight, looked at me and shook his head and said, “Dude, what are you running for? You’re making me look bad.” I didn’t bother answering, because anyone stupid enough to ask that question wouldn’t understand the answer.

The Tough Get Going
The only way to get there is through hard, disciplined training. Find quality instruction and master the fundamentals; practice until they can all be done without thought, then the mechanical part is there when the fight is brought to you. The mental part comes only through fighting through adversity. It isn’t fast and it isn’t easy. I’ve been shooting for 50 years, a martial artist for 30, and I am just now becoming a good student. I do think, though, that should I have to defend myself, I can do it without thought.

There is a Russian proverb: “Iron becomes steel when it feels the hammer and the white heat.” Enjoy the sweat and the pain, pound yourself into a fighter, and you will win when the time comes. “Any gun will do if you will.” 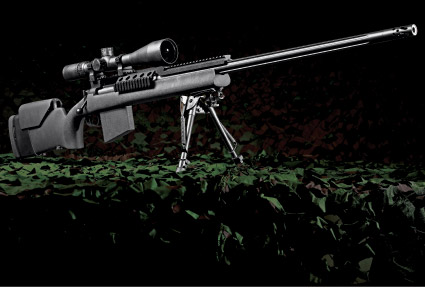 Gun carriers, whether armed professionals or competitors, all argue about what is best. Which…