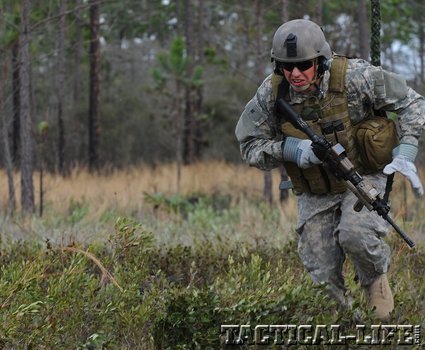 On 19 October 2001, a group of elite U.S. soldiers landed in the middle of nowhere, supply line as far away as possible with a mission that would make history. Those soldiers were Operational Detachment Alpha 555, 5th Special Forces Group Green Berets out of Fort Campbell, Kentucky and were the first U.S. military presence in Afghanistan post 9-11-01. Their mission, work with the Northern Alliance and bring Al Qaeda and the Taliban government to a reckoning.

These 21st century warriors entered and adapted to a culture that forced them to fight as soldiers of bygone days with laser guided missiles.

One must ask: How did such a small group accomplish so much?

A SF operator (Green Beret) told me that, “U.S. Army Special Forces is unique in the special forces community. While each military SF unit has unique missions, the U.S. Army’s is to embed, work with, train and recruit local inhabitants to raise an army to fight an enemy.” He continued, “to do this, you have to become a master of all trades and be able to work with people of different cultures, learning what works in their culture and what doesn’t. The success or failure of the mission is tied directly to the operator’s abilities to work with and coordinate the local population, whom the operators ultimately become dependent upon for food, clothing and their safety. Your nearest backup or QRF (Quick Response Force) might be a two-hour flight away, so you survive by your wits.”

A Special Forces Group is organized into smaller teams of 12 known as ODA (Operational Detachment Alpha) or “A” team. A team usually has two Weapons Sergeants, Communications Sergeants, Medical Sergeants and Engineering Sergeants. A Commander, Assistant Commander (Warrant Officer), Operations/Intelligence Sergeant and Non-Commissioned Officer in Charge (NCOIC) complete the team. These teams can change according to mission type.

To join SF an individual will go through a rigorous process and must be mentally and physically tough to endure a very long and difficult training regime.

According to the U.S. Army, all SF applicants must be male (women are not eligible), age 20 to 30, a U.S. citizen and a high school graduate. They must do well on military entrance exams, PT tests, qualify for a secret security clearance and volunteer for Airborne training. Vision of 20/20 or corrected to 20/20 in both near and distant vision is required. One year of college is preferred, but it is not a mandatory.

The first stop of any aspiring operator is a 30-day Special Operations Preparation Course taught at Fort Bragg. After that, the 24 days of Special Forces Assessment and Selection is all about survival. Modeled after the Australian SAS selection, this process aims to test a potential candidate’s physical and mental abilities. Emphasis is placed on long-range land navigation and on assessing one’s ability to work as a team or alone under physically demanding, mentally stressful and ambiguous circumstances.

Probably one of the longest and most difficult qualification courses the U.S. offers, the “Q” Course consists of several phases. The individual skill phase focuses on land navigation, small unit tactics and live-fire training. During the MOS (Military Occupation Specialty) training phase, the applicant will be taught specialty skills, which will be based on background, aptitude and desires. The collective training phase consists of SF doctrine, organization and mission training. It culminates in the Uwharrie National Forest for a full-blown Unconventional Warfare exercise. Once there, the applicant will perform as a member of an ODA. The aspiring operator’s specialty and common skills are evaluated, as is leadership, teamwork, logistics skills and thinking outside the box to solve problems and accomplish a mission. 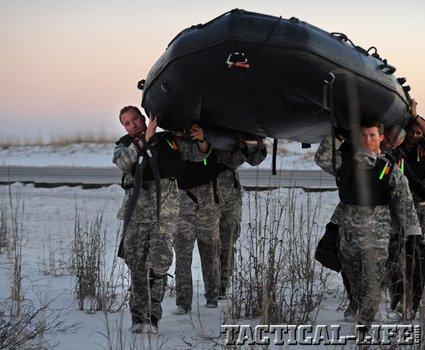 Completion of the SFQC enables an op­­­erator to continue with language training where he will become proficient in at least one foreign language and attend the grueling SERE (Search Evasion Resistance and Escape) training at Fort Bragg.

Once completed, only then does an operator qualify as a basic operator capable of filling a position on an A team. He will be sent to advanced schooling, dependent upon their ODA’s mission specialties. Each ODA has a specialty and training can involve Combat Diver Qualification Course, Military Free-Fall, Special Operations Target Interdiction Course, Advanced Special Operation Techniques Course and others.

It is expected that a U.S. Special Forces Operations career will entail an operator continuing to train in new and advanced military and unconventional warfare training courses and exercises.

Special Forces have five basic missions. Counter-terrorism involving operations to try and thwart terrorists, destroy their safe havens and undermine their support around the world. Direct Action entails classic quick strikes to seize, capture, recover or destroy enemy weapons, information or designated personnel or materiel. Foreign Internal Defense teaches locals to organize and train the national defense forces to protect their citizens from aggressors. Special Recon operators are covertly sent behind enemy lines to fact-find and uncover information about the enemy. Unconventional Warfare, otherwise known as guerilla warfare, trains forces in enemy-held or controlled territory to fight back against that enemy in situations that can last for months or even years.

All SF units have the most advanced equipment available to members of the military. Through USSOCOM, Army Green Berets have a specific procurement process for mission-specific equipment outside of their respective branch of service. This process allows them to obtain the best equipment for specific mission requirements, both from within the DOD inventory and from outside of it.

For example, Nett Warrior is a smart-type gadget that serves as an integrated system allowing for situational awareness during combat operations—coupled with advanced long-range communications allowing for calls, texts and email give the SF operators optimal tools for battle.

Additionally and despite all the advanced technology, the weapons used fall back to basics including the standard M4 Carbine with a rail system, customized with a variety of scopes, lights and sights for any type of mission. They also carry the Beretta M9 semi-automatic double-action pistol with a rail system. It is equipped with an Integrated Laser White Light Pointer (ILWLP) that provides a tactical advantage in close CQB operations.

An inventory of other weapons and systems are also available dependent upon mission requirements.

As Kabul fell and the Northern Alliance rolled across the Taliban, the Green Beret’s departed the operations area with little fanfare—living up to the reputation of being the Quiet Professionals that they are.

In 2010, across the street from Ground Zero in the entranceway of One World Financial Center, a 13-foot bronze statue was unveiled and now greets those entering. It depicts a solider on a Lokai (mountain horse bred in Tajikistan), holding field glasses in one hand and an M4 with a grenade launcher under the other looking for the fight. That Green Beret and horse depicted are from ODA 555 and the piece of steel situated at the statue’s base is from the ruins of the World Trade Center, which should remind America’s enemies that the U.S. Army Special Forces will adapt and always find them. 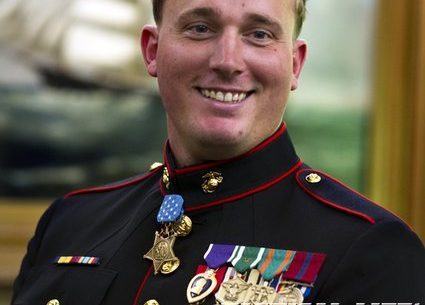