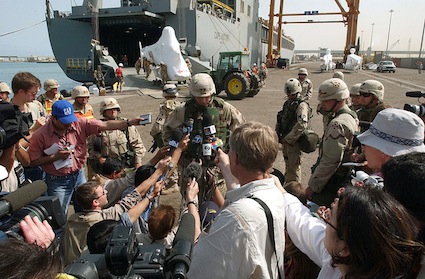 Port Shuaiba, Kuwait (April 03, 2003) – – Major General Raymond T. Odierno from the 4th Infantry Division speaks to the international media during the arrival of armor and equipment to a port of Shuaiba, Kuwait. The 4th Infantry Division is the Army’s most modern digitized division, and is deployed in support of Operation Iraqi Freedom. U.S. Navy photo by Photographer’s Mate 1st Class Arlo K. Abrahamson.

Gen. Ray Odierno, the Army chief of staff, outlined the new military in an article published last week in Foreign Affairs. He suggested the military needs to build on the relationship between the conventional Army and Special Operations Forces developed in Afghanistan and Iraq.

“The evolution of this partnership over the past decade has been extraordinary, and the ties can become even stronger as we continue to develop new operational concepts, enhance our training and invest in new capabilities,” he wrote.

The Army is reshaping the way many soldiers are trained and deployed, with some conventional units to be placed officially under Special Operations commanders and others assigned to regions of the world viewed as emerging security risks, like Africa.

Creating new sets of formal relationships between Army general-purpose units and the Special Operations Command would be a significant change in Army culture. For more than a generation, the large, conventional Army and the small, secretive commando community viewed each other from a distance, and with distrust. Armor and infantry units trained and operated separately from counterterrorism and counterinsurgency teams. 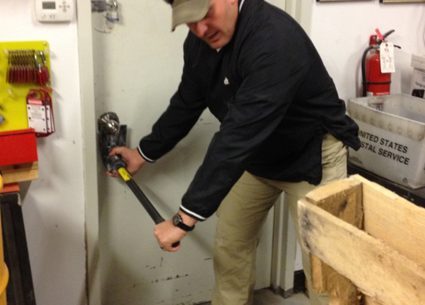