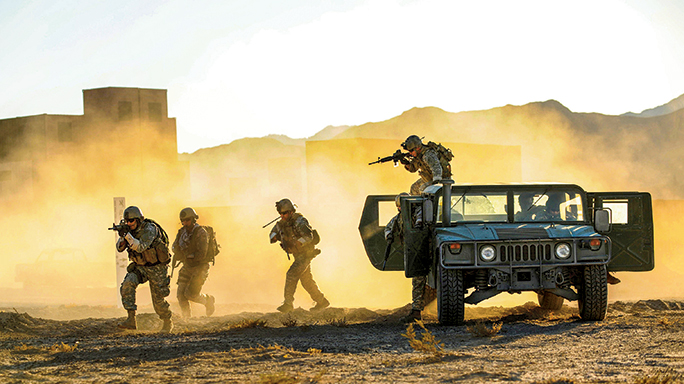 Unlike many special operations that involve specialized vehicles like Humvees, the snatching of al-Libi used normal civilian vehicles.
Comment(s) 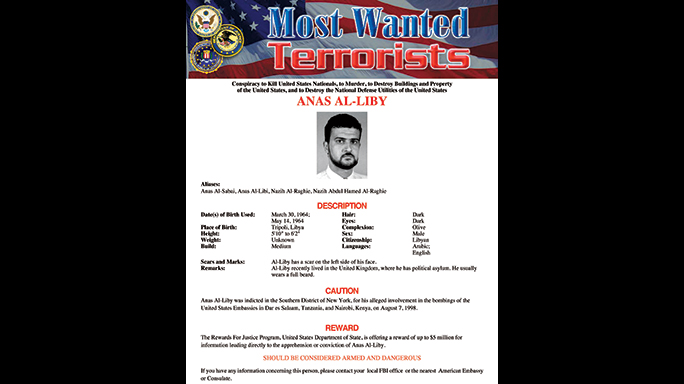 1 of 2
US Forces Captures Terrorist Abu Anas al-Libi
Al-Libi had long been on America’s list of most-wanted terrorists.

2 of 2
US Forces Captures Terrorist Abu Anas al-Libi
Unlike many special operations that involve specialized vehicles like Humvees, the snatching of al-Libi used normal civilian vehicles. 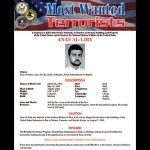 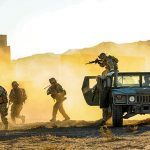 Long on the U.S. list of most-wanted terrorists, Abu Anas al-Libi had evaded capture for many years after his alleged involvement in the 1998 bombings of American embassies in Dar Es Salaam, Tanzania, and Nairobi, Kenya, that left more than 200 dead.

A Libyan with ties to Al Qaeda, al-Libi was briefly in British custody in 1999, but was quickly released when Scotland Yard could not find adequate evidence to hold him. (He was not indicted in the U.S. for the bombings in Africa until 2002. British authorities found a handwritten 180-page terror instruction book for Al Qaeda followers—it included directions on how to booby-trap various common items as well as advice on how to kill with a knife—during a raid on his flat in 2000, but by the time of the raid, al-Libi had fled the country.)

His whereabouts between 2000 and 2011, when he apparently moved to Libya, are largely unknown, but American intelligence had been searching vigilantly for him throughout this period.

Once he was located in 2013—details are sketchy on how this came about—a Delta Force team, highly trained in the art of so-called “exfiltration,” snatched him off the street in front of his brother’s house in a swiftly efficient operation that was digitally captured by a nearby surveillance camera and later released for public viewing.

As al-Libi pulls up in front of the house in the pre-dawn hours of Oct. 5, 2013, a white van pulls alongside and a second car moves in front of al-Libi’s vehicle to block its only escape route. The Delta Force soldiers quickly exit their van with weapons drawn. One operative positions himself in front of al-Libi’s car with his weapon trained on al-Libi while a second approaches the driver-side door. Al-Libi is pulled from his car and rapidly pushed into the van, then both vehicles disappear into the darkness.

A third vehicle, apparently on hand to prevent any interference from traffic in the area, can be seen following the exfiltration team as it exits.

A day after he is captured, al-Libi is on board USS San Antonio in the Mediterranean and on his way to New York City, where he will face charges for his alleged involvement in the bombings.

In the end, al-Libi is never tried but dies in a New York hospital, a result of hepatitis C and liver cancer. His family protested his innocence until the end and claimed he was killed by the Americans.

Enemy/Target: Abu Anas al-Libi, believed to be one of the architects of the 1998 bombing of the two U.S. embassies in Kenya and Tanzania, resulting in more than 200 dead. 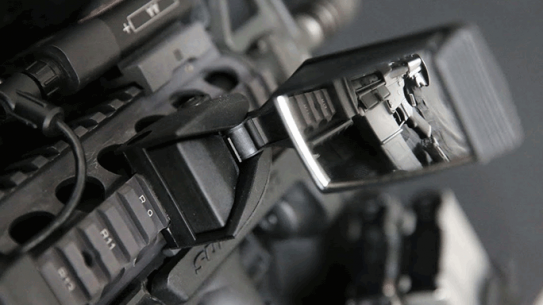 The all new Angel Eye is a flip out wide angle mirror that gives...