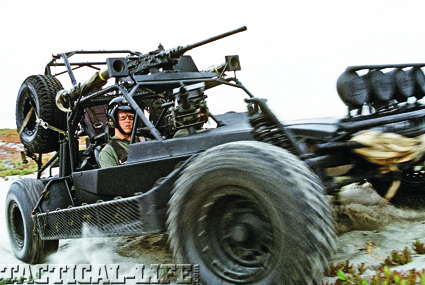 A right front view of a desert patrol vehicle (DPV) during training exercise on the silver strand at Coronado. The DPV is a three man vehicle used for many long range desert operations including close air support or combat search and rescue missions. The vehicle is armed with a variety of weapons including the Browning 50 caliber heavy machine gun, the Mark 19 40mm grenade launcher, and the M60 30 caliber machine gun. Lt. J.G. Thomas Chaby of SEAL team 3 is in the passenger seat.

Dust swirls around a group of SEALs as they unload their DPVs (Desert Patrol Vehicles) at an undisclosed location in the vast wasteland of Afghanistan. These naval commandos and a pair of DPVs have just been inserted by a flight of AFSOC (U.S. Air Force Special Operations Command) MH-53 Pave Low helicopters. As soon as the tactical dune buggies have been off-loaded from the aircraft, the pilots of the 20th Special Operations Squadron lift off into the night. 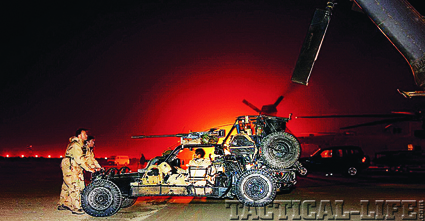 In response to the heinous attacks on America on September 11, 2001, the U.S. Special Operations Command had operators on the ground in Afghanistan by October. Officially referred to as CJSOTF-S (Combined Joint Special Operations Task Force South) it was known as Task Force K-Bar and included Army Special Forces, Air Force Special Tactics and Navy SEALs.

During Operation Enduring Freedom, Naval Special Warfare forces would conduct more than 75 SR (special reconnaissance) and DA (direct action) missions, destroying more than 500,000 pounds of explosives and weapons, positively identifying enemy personnel. Again during Operation Iraqi Freedom, the SEALs would be deployed in numerous SR and DA missions including the securing of the southern oil infrastructures of the Al Faw peninsula. For some missions the SEALs relied on a dated but proven platform, the Desert Patrol Vehicle.

Fast Attack Vehicle
Originally known as the FAV (Fast Attack Vehicle), the FAVs were first introduced into military service in 1980 with the 9th Light Infantry Division of the U.S. Army. The program lasted until the mid 80’s. Around this time the U.S. Special Operations Forces took delivery of a number of the FAVs, and as one of the SEALs commented, “We began to tinker with them.” The FAV was updated and this modified dune buggy, which was fitted for three men, became officially called the DPV (Desert Patrol Vehicle); although it also carries the moniker of Light Strike Vehicle and is still referred to as the FAV. 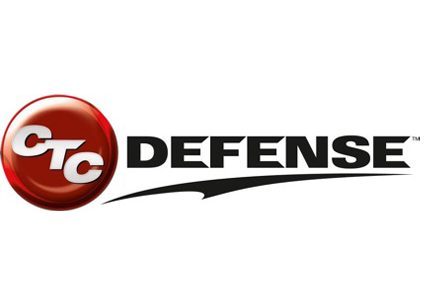