A wise commander once noted that there are two types of troops on a battlefield: marksmen and targets. While most uniformed personnel are not performing infantry missions, everyone must have the ability to handle small arms. Base qualification is the same for all personnel regardless of military occupational specialty. This even includes military band members, as they’re responsible for rear-area defense during combat operations, reinforcing military police to perform command post and perimeter security. Everyone with a firearm needs the skills to use it.

Various programs to train small arms skill across the military have existed since the Industrial Revolution created the means to provide rifled firearms as standard-issue weapons. All of these programs can trace their roots to a competition shooting event that originally spawned it. The first programs began as simple target shooting from typical field positions, starting with rifled muzzleloaders and then single-shot breechloaders. Manual repeaters allowed sustained, rapid fire and magazine-fed rifles had courses incorporating speed reloading. These initial target events would branch off into their own differing shooting disciplines.

Qualification and training courses were initially based off of these competitions. However, they were deliberately kept simple and easy enough for new recruits and personnel lacking marksmanship experience to pass annually. Often, they were simplified over the years. I’ve been in the military for a quarter-century now. Changes to Army and Marine qualification courses in that time have effectively made it easier to earn a passing score. 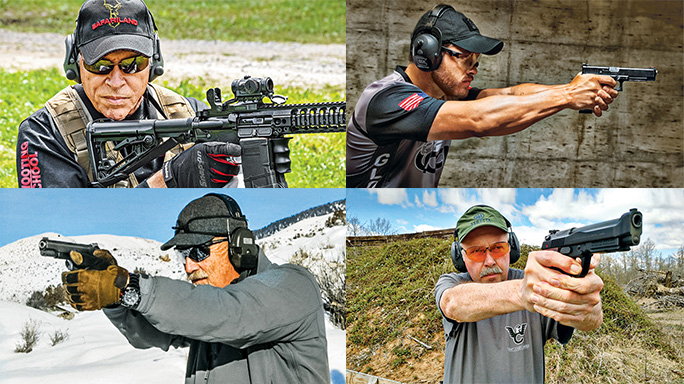 Contrast this with competitive courses that have evolved to become more difficult or take more tasks into account over the years as advances in equipment and shooter skill were made. While some of these events pushed the precision envelope, “Service Conditions” shooting sought to retain factors most useful to military personnel. Skirmisher courses were created that added varying humanoid-shaped targets, had competitors running, maneuvering and shooting targets on the clock, and required use of as- issued weapons, ammunition and field gear.

Interest and support for these events have ebbed and flowed over the years. During the initial Iraq and Afghanistan mobilizations, the Army was again receptive to higher-level shooting events. Lt. Col. David J. Liwanag, then-commander of the U.S. Army Marksmanship Unit (USAMU), reorganized the All Army Small Arms Championship during this time. The USAMU has been hosting the annual event ever since. Like all small-arms training, this event has morphed over the years. Initially starting with National Match-derived courses similar to those that spawned the still- current Marine Corps course, this event changed to take more fire and maneuvers into account.

Nearly every string of fire in the rifle event begins with a rundown after targets appear. Competitors are required to run 25 to 100 yards before engaging targets. Exposures routinely begin at 400 to 500 yards, with multiple strings of fire on the clock with lessening time limits as the shooters advance, sometimes as close as 25 yards. There are also stages with competitors first running for greater distance and scored for time before beginning a series of rundown shoots. Pistol courses are managed in similar fashion. Precision portions begin at 35 yards and advance in to 10 yards. All timed strings begin holstered and require reloads. Finally, competitors face stages similar to those in USPSA or IDPA matches where they must use rifles and pistols to maneuver and fire around cover and barricades, hitting as fast as possible with time-plus scoring.

All of the equipment used in Service Conditions matches is as-issued. All Army, just like similar events held throughout other NATO countries, forbids “match-grade” equipment. The only gear allowed is exactly that currently issued to troops. U.S. competitors shoot M16/M4-series rifles with issued sights and M9 pistols with standard ball ammunition. Competitors’ uniforms, boots, web gear, holsters and helmets have to be common issue. Nearly everyone uses some form of MOLLE web equipment in either a belt or chest-mounted rig with an ACH (Advanced Combat Helmet), MICH (Modular Integrated Communications Helmet) or similar helmet, all depending on what the unit issues and the shooter’s preference. Holsters are primarily BlackHawk SERPA or Safariland ALS (Automatic Locking System) models.

Previous events required iron sights to push the “minimal issue” aspect. As most troops in the U.S. and around world are routinely seeing optics as general issue, last year’s event allowed currently issued optics for most of the courses. Trijicon ACOG sights were the dominant choice. Most of the competitors’ ACOGs used TA31F reticles or the older TA01. Not surprisingly, the optics didn’t have a huge influence on scores compared to previous events shot exclusively with iron sights. Shooting well is primarily a factor of the shooter’s marksmanship. Equipment helps, but it doesn’t influence skills that aren’t already there.

While the skirmisher aspects are obviously useful, precision is also important. It’s the reason why military teams continue to support formal National Match competitions. Last year’s event featured full-blown rifle and pistol National Match courses (NMCs) on bullseye targets. The USAMU did it in part to double the number of “Excellence In Competition” courses. It also provided more opportunities for competitors chasing “Leg” points. It also served as a valuable test. Average scores for NMC events are well known. But they are typically shot with match-grade equipment spelled out in the Civilian Marksmanship Program rules. How would rifle-shooters fare using a rack-grade M16 or M4, issued iron sights and ball ammunition, with no shooting coat or sling to dampen movement? How about pistol-shooters firing issued M9s at 50 yards with one hand? 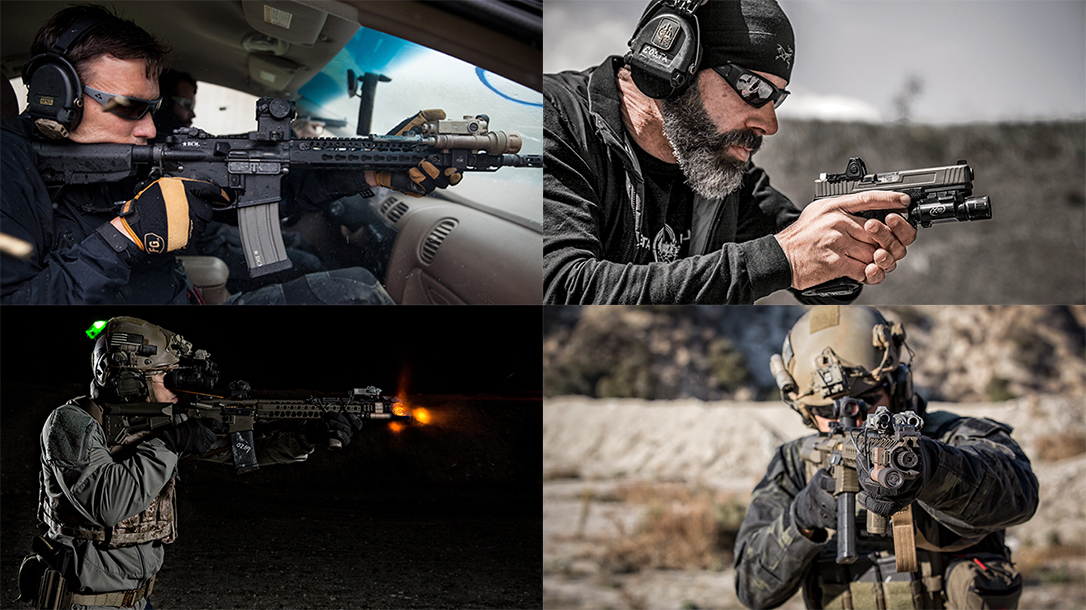 Good shooters have long known that the difference between “regular” issued equipment and even radical match-grade equipment accounts for 10 to 15 percent of the score at most. The difference is usually less. This event proved the truth of that estimate yet again. The rifle NMC EIC match was won with a 437 and the pistol with a 243. Allowing for a 10- to 15-percent score reduction, these results are on par with typical winning scores with match-grade gear. It should be noted that rack-grade rifles and pistols aren’t precise enough to hold the 10-ring on bullseye targets even from a machine rest. No amount of human skill can compensate for that, yet a good shooter can still earn about 90 percent of a typical winning score. Keep this in mind the next time someone whines about competitions being unfair due to fancy match equipment.

Almost prophetically, Army Times published a headline article pointing out force-wide flaws in marksmanship training while the All Army event was being held. The fix alluded to on the cover is the USAMU’s new Master Marksmanship Training Course (MMTC). Not surprisingly, this course builds on the knowledge base established over decades of formal competition. While the MMTC is far from the first attempt of addressing training concerns (the Army Reserve and National Guard Training Teams have run similar courses for years), it brings this knowledge base further down to more end-users. Participating in events like All Army puts personnel directly at the source.

So, marksman or target? In the end, formal events like All Army are really advanced training cleverly disguised as competition. Such events offer a more stringent skill evaluation to find out what the best possible performances can be rather than being satisfied with passing a “good enough” minimal standard course. Participating in something more arduous and exacting than a routine qualification that never advances skills or standards beyond basic recruit training makes more marksmen and less targets.