The following is an op-ed from Donald Mihalek, the Executive VP of the Federal Law Enforcement Officers Association Foundation. We first reported on the shooting of Vaughn Denham back in May when body cam footage became available. Watch the entire incident play out above. 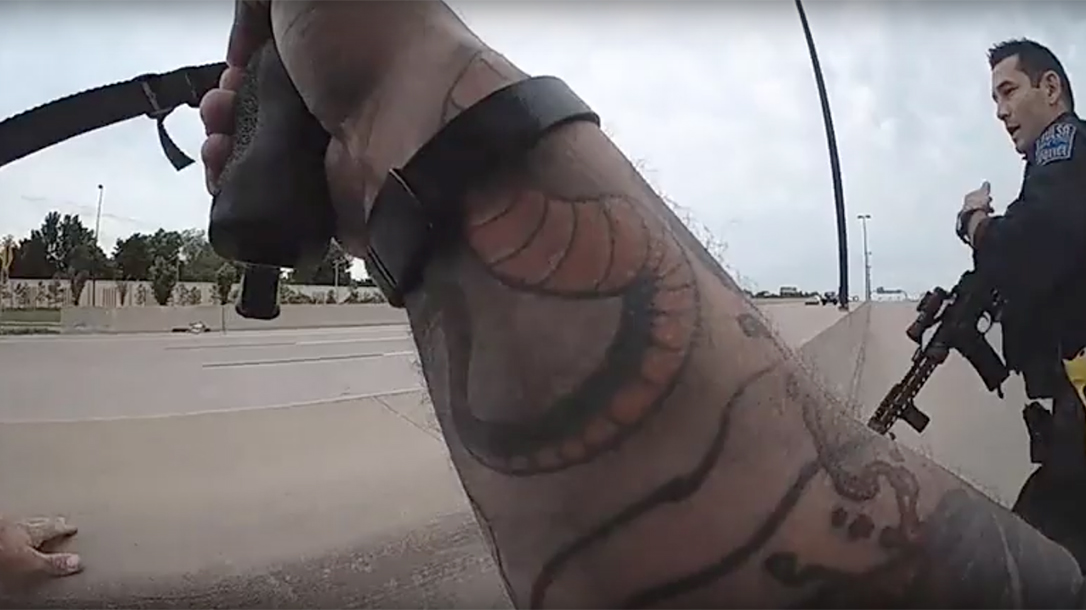 People that disregard a lawful order from a police officer often take their life in their hands. They create one of the most dangerous situations a law enforcement officer can face. In most places, it is indeed a crime to disobey a lawful police order. However, and unfortunately, anti-police sentiment coupled with drugs and/or mental illness can create a dangerous dynamic.

Last August, San Diego Police Officer Corey Pitts encountered Vaughn Denham. As the body camera video clearly shows, Denham’s actions place both the officer and himself in danger. The incident begins when police respond to a call that a man attacked another person with a machete. That’s when Pitts arrives on the scene. There he finds Denham wielding a 4-foot dog chain. As the officer arrives, the video footage shows the suspect acting deranged. Denham violently swings the heavy chain and strikes the patrol car.

As Pitts attempts to control the scene, he smartly places his patrol car between himself and Denham. This helps create distance from the subject and cover for the officer; it allows Pitts some time to assess the situation and try to gain control over the scene — especially when Denham is observed carrying a long chain, which in and of itself can be used as a deadly weapon. As the scene develops, Denham clearly ignores the officer’s lawful orders to “Stop and get down.”

The amazing thing about this video is that the officer adeptly communicates a continuous situation report to his dispatch and arriving officers. He gives updates as the incident unfolds and maintains focus on the suspect. Unfortunately as the officer continues to yell commands at Denham, he ignores each and every one — ultimately 30 times.

Trying to give the suspect as much room and time as possible to comply, the officer retreats from the suspect, away from his patrol car. While this is a great tactic to create more distance and time, it should be noted that there is no duty to retreat on the part of a law enforcement officer. They are paid to advance into danger. By retreating, Pitts leaves the cover of his patrol car and its safety.

One can only surmise the officer’s thought process, but either the officer was employing some de-escalation training, or the question of political correctness can’t be overlooked. The anti-police environment certainly comes into focus. There’s also the proliferation of local jurisdictions that tend to punish the police for “doing their job” because some in a community view police actions in a negative light. An officer like Pitts facing his situation, in what appeared to be a minority community, may have had all that in the back of their mind.

Nevertheless, Pitts proceeds to back up more than a block-and-a-half. Meanwhile, the suspect continues to ignore his lawful orders and advance at him with the chain swinging. Pitts continues to request backup. However, at no point did the suspect hesitate or slow his pace, showing a clear aggressive and threatening intent.

Law enforcement tactics follow an escalation of force protocol,  which tries to employ the minimum force necessary to compel compliance. As Denham fails to follow his verbal commands, Pitts follows this tactic and escalates to a Taser.

Normally, most rational individuals who see and know what a Taser can do would slow or stop their actions; Denham doesn’t. As Pitts deploys the Taser, body cam footage shows Denham swinging the chain, possibly dislodging the connection which ends up missing the suspect.

Toward the end of the video, we see Vaughn Denham swing the chain several times in a clear threatening manner directed at the officer. At one point, he squares his shoulders, indicating he’s ready to take on the officer. As Denham’s body language sends a clear threatening signal, he again quickens his pace toward the officer, who ultimately decides the threat outweighs his restraint.  Despite the officer’s 30 lawful commands to “stop and get down,” he fires at Denham to stop the deadly threatening behavior.

In some cases where the suspect poses a deadly threat to law enforcement and refuses to back down or surrender when given every opportunity, the suicide by cop phenomenon has been present; that didn’t seem to be the case here. According to 10news.com, with Denham, who died from his wounds at the hospital, the toxicology report revealed that the suspect tested positive for phencyclidine (PCP), cannabinoids and methamphetamine, a dangerous and potent combination.

For most individuals, if confronted by police, the safest recourse is to obey all their commands. Unfortunately, when drugs or mental illness get involved, the safe move becomes a senseless move. Officer Pitts was rightfully cleared of this use of force incident as a case of “self-defense” and should be commended for his restraint. 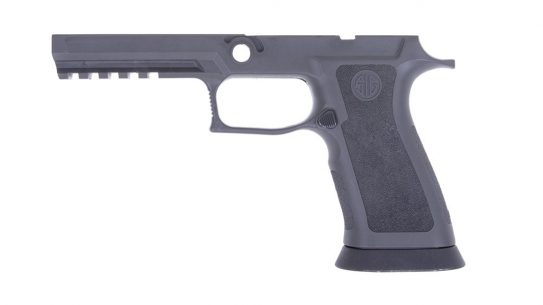 SIG's patent-pending technology infuses tungsten into polymer, providing the weight of steel, with the...