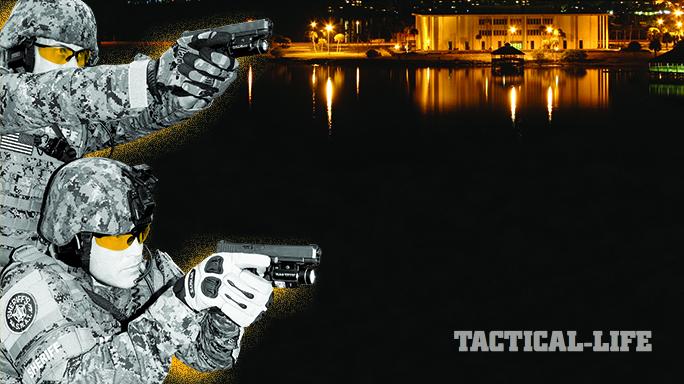 1 of 8
Volusia County Sheriff’s Office
Part of Volusia County, Florida, Daytona Beach is known for NASCAR, spring break and Bike Week. And thanks to the efforts of the VCSO SWAT team, the area is relatively safe for both locals and tourists alike. 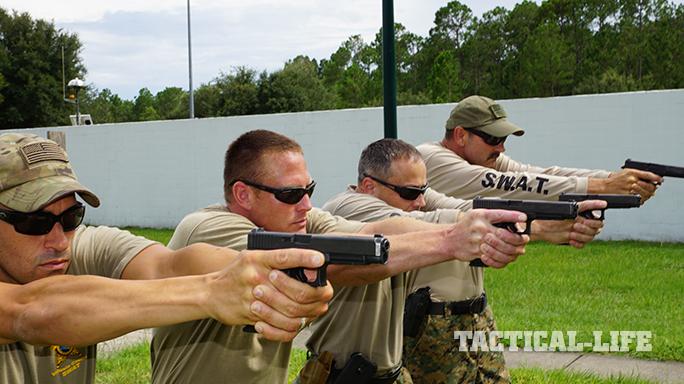 2 of 8
Volusia County Sheriff’s Office
The highly dedicated members of the VCSO SWAT team train three times a month—four if they’re marksmen—and they are typically cross-trained to handle a variety of specialties in the field. 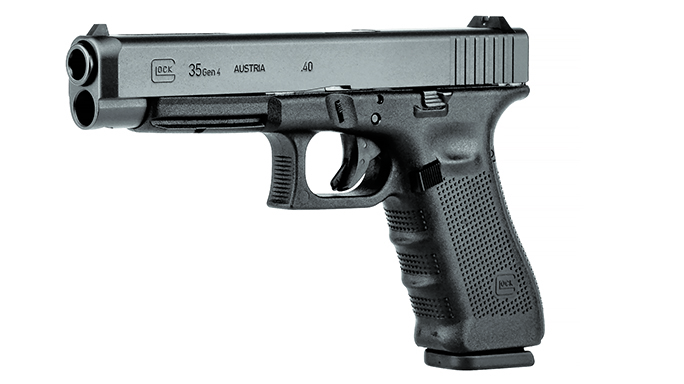 3 of 8
Volusia County Sheriff’s Office 4
VCSO deputies rely on G35 Gen4 pistols for the same reasons these guns serve well in matches, including their longer barrels and sight radiuses. 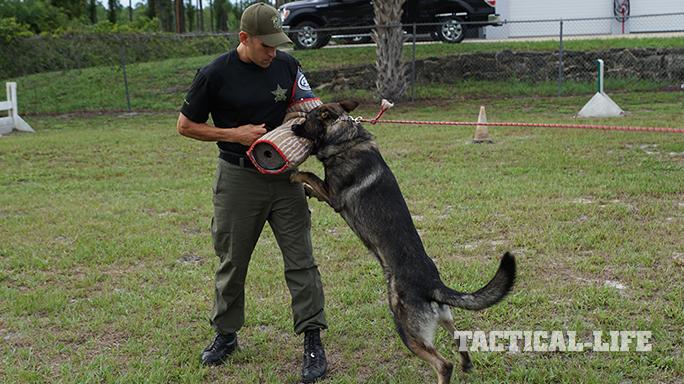 4 of 8
Volusia County Sheriff’s Office
To adequately protect its citizens, the VCSO prioritizes training time to make sure every deputy can perform at their highest levels, whether they’re handling K9s, custom ARs or Glock pistols. 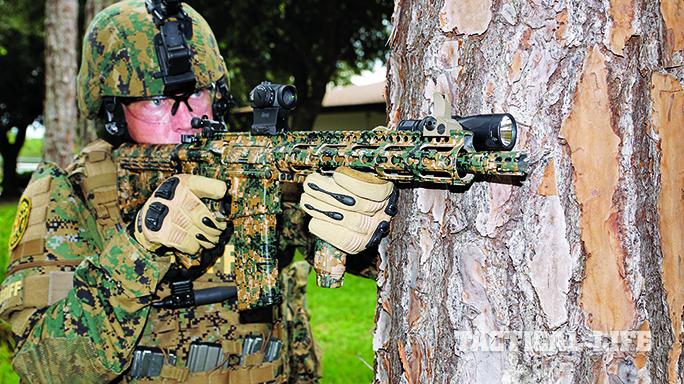 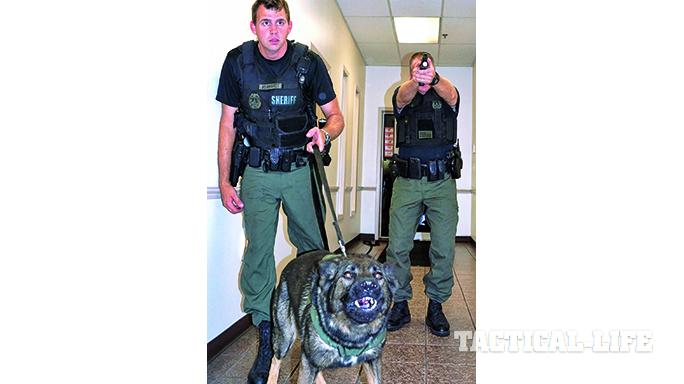 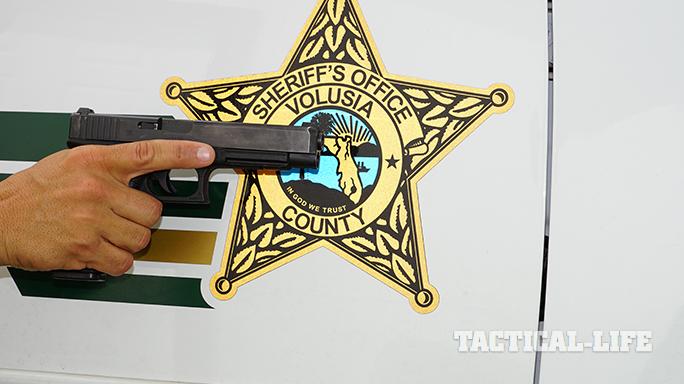 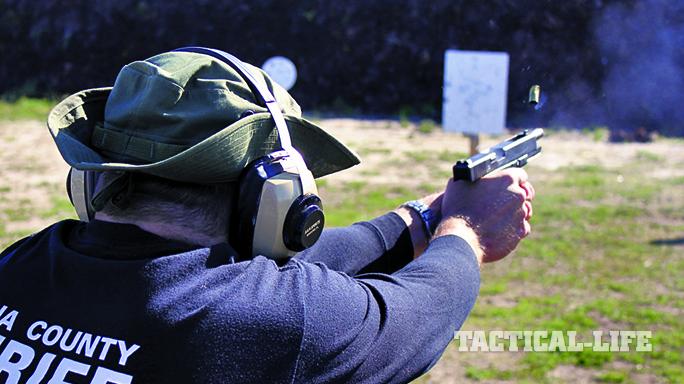 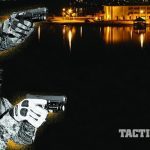 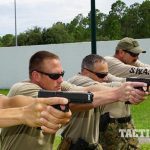 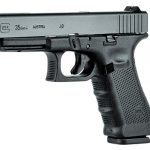 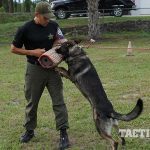 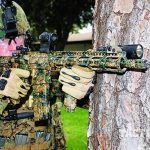 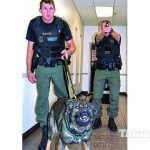 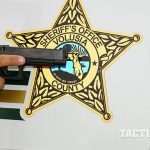 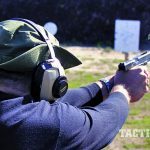 Volusia County, Fla., is known all over the world for its incredible beaches, including Daytona Beach, which is so wide at points that starting in the early 1900s, cars began to race on the firm sand. The northeastern coast of Florida became the epicenter for early motorsports, and in 1947, NASCAR was founded in Daytona Beach. Volusia County is now synonymous with high-speed racing, and several times a year the area is flooded with participants and spectators for races at the Daytona track as well as the famous “Bike Week,” where motorcyclists come from all over the world to fill the area’s hotels, businesses and roads. To meet the challenges of serving the community, as well as hundreds of thousands of visitors and tourists during these events, the Volusia County Sheriff’s Office (VCSO) has some of the best personnel, training and gear available.

Volusia County’s law enforcement challenges are similar to most other large agencies having to deal with property crimes, such as theft from cars, homes and businesses, as well as some gang-related issues and drug distribution. VCSO deputies are responsible for patrol and criminal investigative services, and the agency has a number of specialized units, including narcotics, auto theft, intelligence, aviation, bomb disposal, SWAT, dive team, K9, a marine unit and security at the Daytona Beach International Airport.

Florida’s Volusia County is expansive—it’s about the size of Rhode Island—and has a variety of terrain that includes urban, rural, woodland, swamp and water environs. This means that the VCSO has to be able to respond to all of these areas, so its deputies not only have patrol vehicles but also boats, personal watercraft and even armored trucks as well as the toughest equipment to ensure that, no matter the location, the deputies can respond in a timely manner with the right gear to address the problem or situation.

Based on the difficulty of providing effective law enforcement in such a tough and demanding environment, each VCSO deputy is issued a variety of rugged and dependable firearms. For pistols, VCSO deputies are all issued either the Glock 35 in .40 S&W for uniform duty or the .40-caliber Glock 27 for detectives and undercover work. The G35 is an IPSC Limited- class (non-Production) firearm widely regarded as one of the best competitive pistols available, and it’s used by some of the most successful action shooting competitors worldwide. Although it’s chambered for the .40 S&W like many other law enforcement service pistols, the G35 has a longer barrel that offers enhanced ballistics and a longer sight radius, which has proven to help the deputies get more hits on target at the range and higher qualification scores when compared to shorter-barreled service pistols.

The Glock 27 is a subcompact pistol with a 3.42-inch barrel that can easily handle the powerful .40 S&W cartridge. Candidates going through Daytona State College’s 760-hour Basic Law Enforcement course are trained using the standard 9mm Glock 17 pistol. Each of these models share features that make Glock pistols the preferred sidearms for two-thirds of American law enforcement agencies. Those proven features are especially useful in the hot, humid, salty and rough environments that VCSO deputies work in every day.

The Glock frame is made of steel- reinforced polymer that is almost impervious to wear, corrosion and lubricants while providing ample texturing in the grip area for a secure hold even with wet hands. The Glock slide has a deep, attractive surface-hardened finish that, unlike standard bluing or Parkerizing, provides corrosion resistance that will last the lifetime of the pistol. Also, the Glock Safe Action design results in a consistent trigger pull every single time, combined with three internal safeties that absolutely ensure the pistol cannot be discharged unless the trigger is intentionally depressed by the shooter.

As with many other departments who have replaced their duty shotguns with patrol rifles, the VCSO provides Colt 5.56mm carbines to deputies so that they will not be outgunned when potentially facing a heavily armed criminal, active shooter or terrorist.

Special high-risk operations in Volusia County are handled by the VCSO SWAT team, which is composed of 30 deputies divided into two 15-man teams. Each operator is trained in one or more specialties, including team leadership, breaching, perimeter control, gas delivery and countersniping. According to the commander of the VCSO SWAT team, Paul Adkins, “Since we are a call-out team, all but one person on the team has collateral assignments such as investigations, patrol or—like me—in administration.”

He continued, “We train three times a month, with our snipers training four times a month. The team gets activated for search warrants, sometimes as many as two or three times a week, or called out to provide area searches for missing people or to deal with barricaded subjects. That used to happen as much as once a month but recently has dropped to just several times a year.”

Each VCSO SWAT operator carries an 11.5-inch-barreled Colt M4 with special camouflage from Central Florida Hydro Dipping. Add-ons include Aimpoint Micro T-1 sights and SureFire lights. The agency’s countersnipers have 7.62mm M40 bolt actions from Tactical Rifles. For optics, they use Leupold Mark 4 scopes. As with all other VCSO deputies, the SWAT operators carry Glock 35s as their sidearms.

The VCSO also has a superb K9 unit with over a dozen service dogs that are trained for tracking, both inside structures and in open fields, as well as bomb and drug detection. In fact, the unit’s K9s and handlers have frequently won national K9 competitions and are considered to be some of the best in the country. Each K9 is certified by the State of Florida and receives both continuing training and recertification from the state every year to ensure their reliability and fitness for duty. Of course, I was able to see the K9 unit in action, allowing me to fully appreciate the intelligence, commitment, dedication, agility and power of a well-trained K9. One exercise had a subject hide in a stack of tires in a warehouse containing hundreds such stacks of tires. The entire building, the size of a good-sized auditorium, reeked of rubber to the point where I could not smell anything else. That is not surprising, as humans have only 5 million scent receptors while a German Shepherd has as many as 225 million, allowing them to differentiate and break down a complex odor to its individual components.

Each K9 was given the scent and searched for the subject’s “scent cone,” which usually drifts upwards inside a building to the ceiling and then, depending on the building’s air currents, down the nearest interior wall. That is where the dogs usually first acquired the scent and then backtracked it to the exact stack of tires, several rows away, where the “subject” was hiding. The K9 then indicated to the handler, usually by sitting, where they have determined the bad guy to be and then was either called off to allow apprehension or used to help flush out the person.

Another exercise had each K9 apprehend a fleeing subject and was given commands to stop and recover the target subject, usually another K9 handler for training. The K9 training is designed so that if the dog displays any hesitations to commands, they’re immediately addressed by the trainer.

As a reflection of Volusia County’s high-speed heritage, the VCSO continues to stay ahead of the pack by focusing on what is needed now to keep the visitors and residents of Volusia County safe while also anticipating potential threats and providing its deputies the best gear, training and leadership to overcome the challenges they could face in the future.

This article was originally published in ‘Tactical Weapons’ February/March 2017. For information on how to subscribe, visit outdoorgroupstore.com 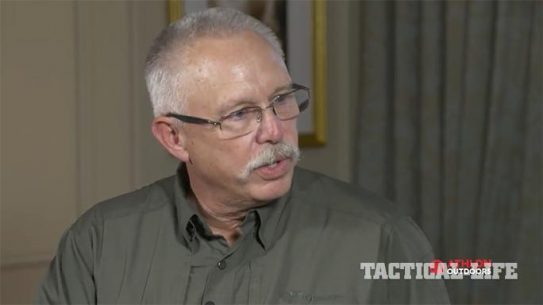 Ken Campbell, Chief Operating Officer of Gunsite Academy, sits down with us at SHOT...