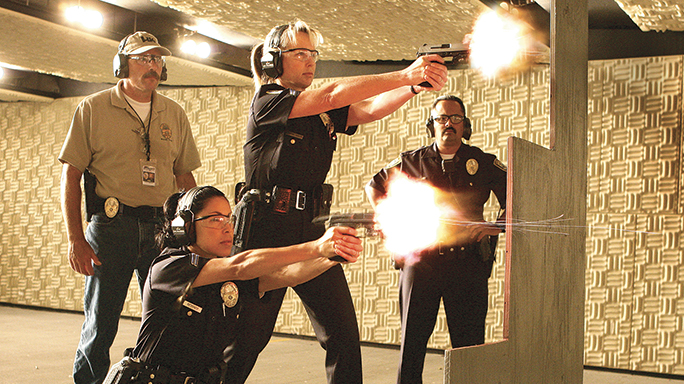 1 of 3
SWAT Talk: Women in Law Enforcement
Ongoing training for all LEOs is crucial to keep accuracy and decision-making skills on target. 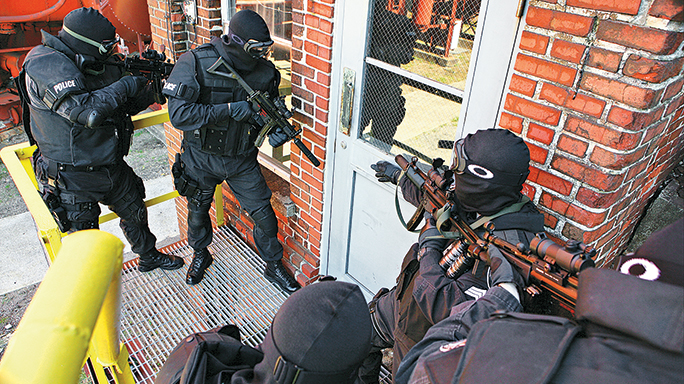 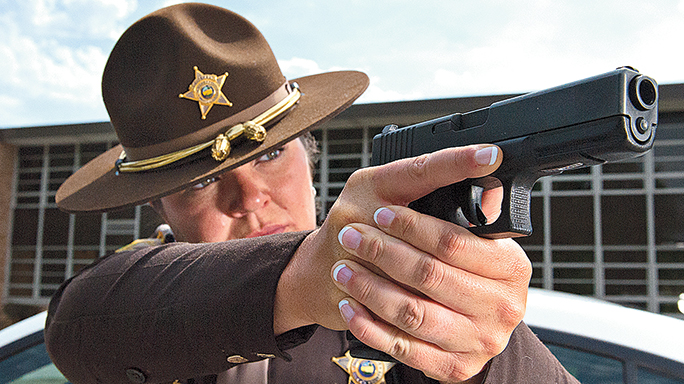 3 of 3
SWAT Talk: Women in Law Enforcement
Women now make up roughly 10 to 13 percent of law enforcement officers around the U.S. 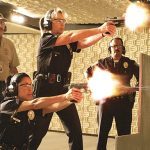 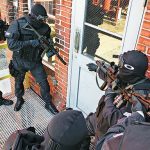 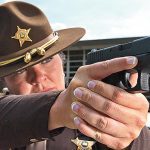 It wasn’t until about the 1970s that women were allowed to perform the functions of a patrol officer. Even when allowed to do so by law, females only made up about 2 percent of the staffing.

Up until the recent retirements of the baby boomer generation, law enforcement ranks still contained men who began their careers even before their agencies had hired any sworn female officers. Many men of this generation were intolerant of female officers in the workplace. The legal requirements of Affirmative Action perpetuated the belief that women were not suited for the career. There existed a widely held perception that women were physically and emotionally weak. Though over the years this myth has been proven false, it retains momentum in the ominous and elusive world of SWAT.

Nowadays, women make up about 10 to 13 percent of sworn law enforcement officers. Statistically, it is nearly impossible to quantify the number of women assigned to SWAT teams. But given the low numbers of female officers in the general police population, it can be safely deduced that those assigned to SWAT teams are few in number.

The appointment to a SWAT team is typically a subjective process. Some agencies are apprehensive to integrate women into SWAT teams. Much of this apprehension is unfounded. There seems to exist a sense of impending doom that accompanies the idea of integrating women on teams. With careful selection of all operators, every SWAT team can achieve gender-blind cohesion, confidence and success.

Selection criteria should never allow the appointment of unqualified and undeserving individuals in order to demonstrate a token of equality. Women who belong on a SWAT team should neither want, nor expect, lowered selection standards. Likewise, they also don’t want to be held to a stricter standard than their male counterparts.

1. Physical Agility Testing: Physical agility tests present a mixed bag for agencies. Similar to police recruit testing, these tests attempt to emulate the essential functions of the position. Generally, this isn’t achieved. It is extremely important that the testing for a SWAT team isn’t based on unfair physical standards that will never be faced on the job.

I have some recommendations for ensuring a fair physical agility test. Agencies should have the same physical standards for both males and females—no exceptions! Next, physical agility standards should be permanently posted and should not be changed without advanced notification. Agility testing must also be consistent, valid and verified (if not, an agency may be liable).

The agility test should be made up of commonly associated tasks of the position—not tasks that are unlikely to occur. For instance, if it’s likely that an operator will need to clear a 6-foot fence in full gear within a time limit, that would be appropriate to include in an agility test. Agility tests should not be adjusted for gender, since gender is unrelated to necessary tasks.

2. Gun-Handling Skills: Not every SWAT team member needs to possess the level of marksmanship skills of a sniper. There should, however, be a higher marksmanship standard for those pursuing an appointment to a SWAT team. Candidates should also demonstrate safe gun-handling skills. SWAT teams rely on trust, and nothing deteriorates that trust quicker than an operator who violates safe gun-handling skills. There is extreme stress associated with standing in a stack, breaching a door, entering a building and clearing a room. A SWAT team doesn’t need the added burden of dividing its attention between these operators and their mission.

3. Personal Attributes: Often overlooked are the intangible attributes of desirable SWAT members, including attendance, dependability, mindset and ability to work as a team player. These areas are as important (if not more so) than physical and marksmanship skills. In the words of Woodrow Wilson, “Without dependability, one’s ability may be a liability instead of an asset.” Selecting an operator, no matter how talented, with a history of dependability and attendance problems will not benefit a team—it will only harm it.

Character, teamwork and mindset are essential traits of any SWAT operator. No other unit in law enforcement mimics a military structure more closely than a SWAT team. Whereas line officers respond to calls for service, which may or may not pose a threat, the same cannot be said of SWAT callouts. SWAT is used only when the situation is dangerous and unpredictable. For this reason, team members have to be able to trust each other, take responsibility for their actions, demonstrate honesty, work as a team and possess a collective mindset that they must win every encounter.

The English proverb “It takes all sorts to make a world” is particularly suited for explaining that some women possess qualities that make them suitable for becoming SWAT team operators. These qualities complement those of men. When the right women are selected for SWAT, they will positively impact the team. Due to the rarity of women in these positions, the benefits listed are based on personal experience, not hard facts.

One characteristic of women who test for SWAT is that they will restrain from complaining because of their desire to assimilate on the team. They also fear being labeled a “whiner.” Complaints about fatigue, long hours, heavy equipment, ever-changing and contradictory training sessions, weather conditions and decision making only serve to diminish morale. Women are extremely resistant in demanding environments.

Recent surveys indicate that men are receptive to the addition of women on SWAT, but simultaneously, they indicate their beliefs that women are physically and mentally weaker and lack emotional fortitude. While some may confuse the small percentage of female police officers as indicating that many women are not emotionally equipped for such a career, this conclusion does not apply to those women on the force, nor does it apply to women who test for SWAT.

It is interesting to note that the National Center For Women and Policing conducted comparative research between male and female police officers in the Los Angeles Police Department. Their research analyzed police-related lawsuits between 1990 and 1999. During that time period, the City of Los Angeles paid $67.8 million in lawsuits stemming from excessive use-of-force complaints, sexual assault and domestic violence. Of those lawsuits, male officers accounted for 95 percent of monetary awards.

This wide gap in financial judgments may be attributed, in part, to a woman’s ability to recognize their physical limitations and therefore devise strategically advantageous plans. Because women typically recognize their own physical limitations, they may not attempt to overpower dangerous adversaries. This theory is not meant to insinuate that women will not initiate a physical confrontation when necessary, however. As a matter of fact, women are biologically hard-wired to have protective instincts. During World War II, the Soviet Union recruited female snipers. Many of which had hundreds of confirmed kills. In addition, there is historical documentation that many of these women sacrificed themselves in order to kill the enemy and protect their comrades. In short, when necessary, women will protect themselves and others.

Staffing a SWAT team should strive to create a true balance of knowledge, skill, ability and experience among its members. A balanced team will become obvious because their characteristics will be both complementary and synergistic. Operators will work together to solve problems.

Just as time has proven that women are competent patrol officers, supervisors and administrators, it will also prove that women are competent SWAT team operators. Many law enforcement officers test for SWAT, but few belong. When the right officers—men or women—test for the position, just make sure that the selection decision is based on criteria and attributes that matter, not ones that don’t. 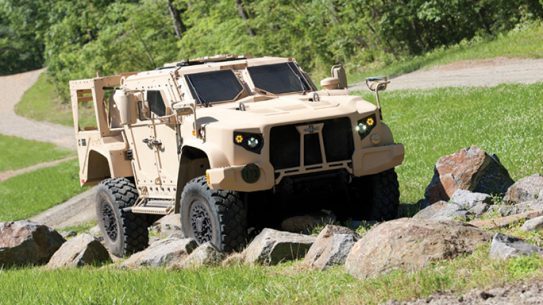