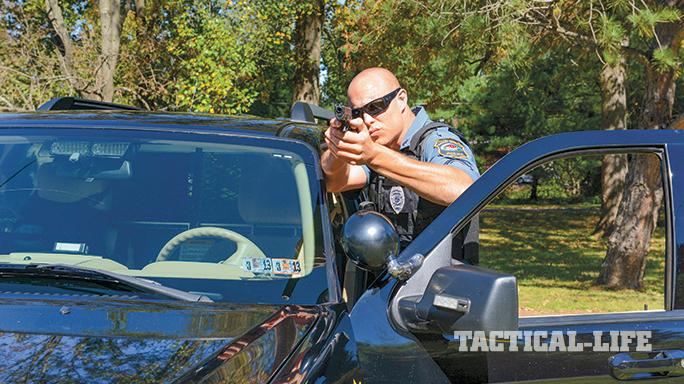 1 of 5
Pennsylvania’s Yardley Borough PD Turns to GLOCK .40s
All Yardley Borough police officers carry .40-caliber GLOCK 22s because of their power, ease of use and interoperability. 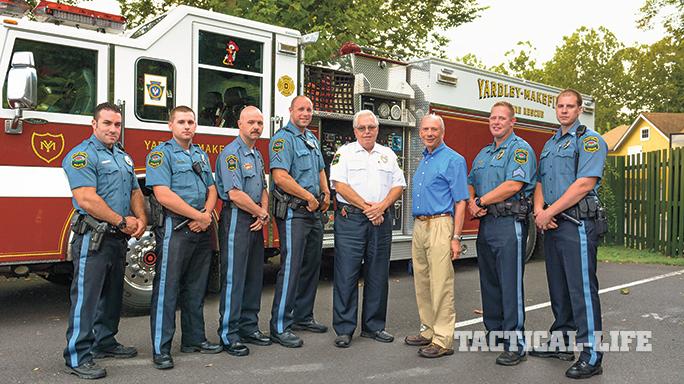 2 of 5
Pennsylvania’s Yardley Borough PD Turns to GLOCK .40s
Yardley Police Chief James O’Neill has modernized the YBPD, stressing that it must work seamlessly with other agencies to counter today’s possible threats. 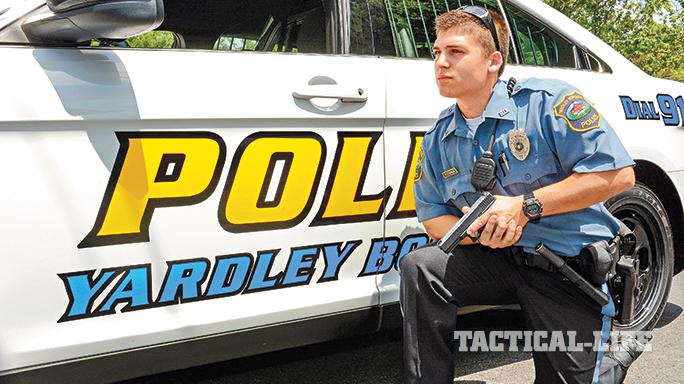 3 of 5
Pennsylvania’s Yardley Borough PD Turns to GLOCK .40s
Because of the department’s size, Yardley Borough police officers often have to patrol alone. For their safety and that of the citizens they protect, they rely on .40-caliber GLOCK 22s. 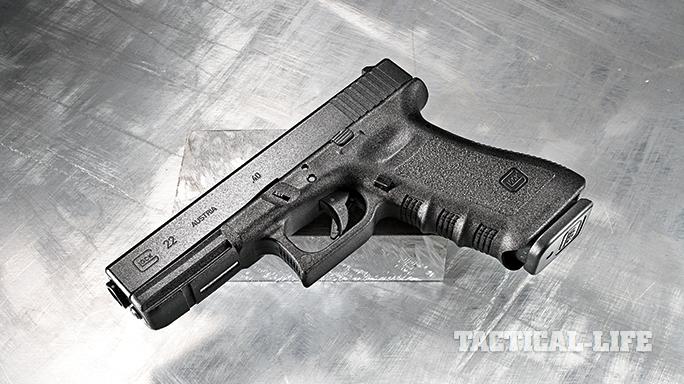 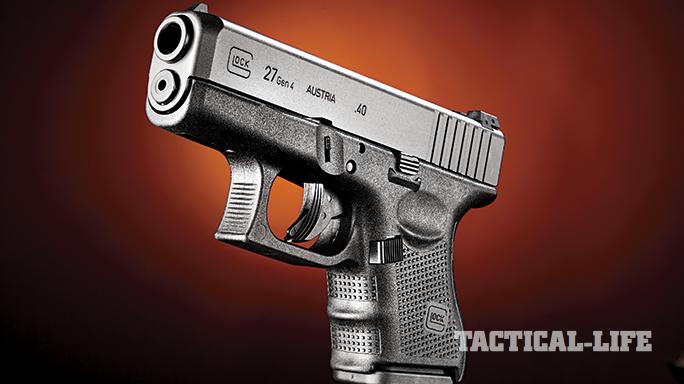 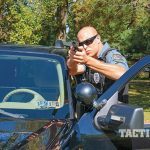 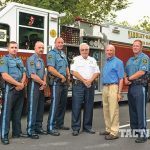 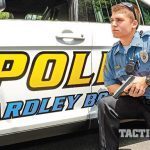 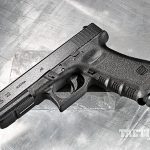 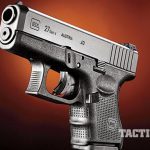 It used to be that small towns and rural areas were largely removed from major crimes like robberies, murders and shootings. Those were big-city problems that rarely, if ever, moved outside a big city’s geography. With the increased mobility of society, the development of suburbs and people commuting further, however, city problems have moved to small towns and the country.

Small towns are dealing with drugs, violent domestic situations, terrorism and gangs more regularly than ever before. The FBI’s annual National Gang Threat Assessment in 2011 was blunt in its appraisal of gangs’ interest in small towns. “Gang members are migrating from urban areas to suburban and rural communities to recruit new members, expand their drug distribution territories, form new alliances, and collaborate with rival gangs and criminal organizations for profit and influence.”

Many agencies have moved toward weapons that can address these threats, and many are choosing GLOCKs.

Located 37 miles north of Philadelphia in Bucks County, and within striking distance of both Trenton and Princeton, New Jersey, the small borough of Yardley could be the basis for a Norman Rockwell painting. With its small town lake, a Main Street and Buttonwood Park, it is everything one would want in a small town.

Yardley Police Chief James O’Neill has been with the department since 1985. He moved up through the ranks and became the chief in 2000. He told me, “I originally worked for a neighboring, larger town, but when I was offered a police officer position in Yardley, I took it and have enjoyed it ever since. We currently have three full-time officers and five part-time officers, which fluctuates due to attrition. It’s difficult to keep part-time officers because larger towns can offer better pay and benefits.” Despite that, the process of becoming a part-time police officer is as daunting as any law enforcement position.

“We won’t look at an applicant until they have completed their PA Act 120 police certification, which can be obtained through any Pennsylvania police academy. Usually, the individual has to pay for that training,” said Chief O’Neill. “After that, they submit an application and, if acceptable, will be called in for an interview with myself, the mayor, two council members and the borough manager. If they succeed with the interviews, we start a background investigation and the applicant must pay to obtain a Pennsylvania-approved police officer physical and psychological tests. Once that is complete, an applicant is given a conditional offer of employment and they commence approximately 200 hours of field training with one of our full-time officers.”

Chief O’Neill continued, “Once employed, we do yearly re-certifications of firearms, CPR, first aid, pepper spray, expandable baton, et cetera. The officers need to be proficient with all their tools because the majority of the time they work alone and, if confronted with a situation, are on their own.”

The Yardley Borough Police Department (YBPD) mandates the same weapons for all its officers. O’Neill said, “When I first started, we could carry anything. I felt it was important, since we only have each other to call on, that all officers carry the same weapons and we have interoperability of weapon systems and magazines.”

The chief decided to equip the entire department, including part-time officers, with the GLOCK 22 in .40. O’Neill said, “In light of how we operate, I wanted to ensure the officers had a weapon that, if necessary, could handle any threat that presented itself, and I felt the G22 in .40 was that weapon.”

GLOCK introduced the G22 .40 in 1990, bridging the gap between the .45 AUTO and the 9×19 weapon systems. GLOCK was the first manufacturer to make this popular and effective round accessible for law enforcement agencies, and today many police agencies across the U.S. are using the G22.

O’Neill said, “I personally carry the GLOCK 27 in .40 because of its smaller profile, but it still has an interoperable magazine with the GLOCK 22.”

The subcompact .40 version, the G27 has become popular with police for both on- and off-duty use. Many law enforcement agencies issue this subcompact pistol in .40 as their official backup pistol.

“After the Columbine school shooting and 9/11, we also identified several soft targets that are prevalent in our town,” O’Neill said. “If we have an act of violence occur, active shooter or worse, my officers needed to have firepower to match those deadly threats. The county’s SWAT team is multi-agency and would take time to respond—valuable time my officers and the residents may not have.”

According to Chief O’Neill, “The key to success of any small town department lies in its ability to work and network with other departments. In areas where there are all small departments, those relationships are invaluable, as no one department has the resources to solve all the problems. We have to work together to better serve our communities.”

To this end, YBPD officers are also part of the countywide Special Emergency Response Team (SERT). The SERT team, of which the county has three, is the tactical response unit for any high-threat incident in the county. O’Neill said, “The SERT team was mandated by the county commissioners for a tactical response capability. It is made up of officers from all over the county. They meet and train together at their department’s expense and are available for a callout to any town in the county. The officers receive some of the most advanced training available.

Another unique multi-agency creation was the Major Incident Response Team (MIRT). Created by the Bucks County Chiefs of Police Association, it allows departments to activate a “surge force” during floods, major events and incidents. It is not a tactical response unit, but rather a unit trained and designed to address large-scale events that require a major police presence to control an area and keep people safe.

In both of these multi-agency units, officers carrying GLOCKs have an advantage. “Since many departments carry GLOCKs, our officers seamlessly blend into the tactical unit with their GLOCKs, and find it easier to work with other officers from other departments that also carry GLOCKs. Since many departments use the same caliber weapon, during a protracted situation it’s easy for officers carrying GLOCKs to share equipment. As long as it’s GLOCK, the weapons all work the same, so any officer can handle the other’s weapon safely and effectively.”

Chief O’Neill said, “For small departments, success is about cooperation and teamwork so the residents always feel like there is an officer on every corner. To do so, and recognizing that we have a small staff and an incident could occur at any time, the ease of use and interoperability of GLOCKs made it the right pistol choice for my department and what all of our officers carry every day to keep our residents safe.” 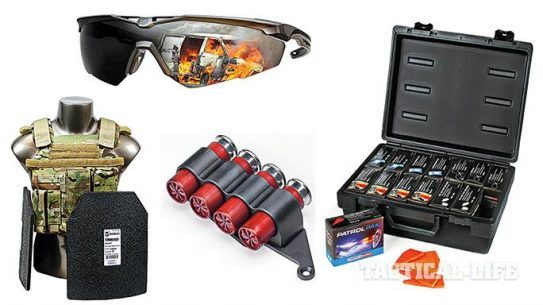 Must-have LE gear that can save your life on your next callout!