by Ian McMurchy
in Military & Police
0 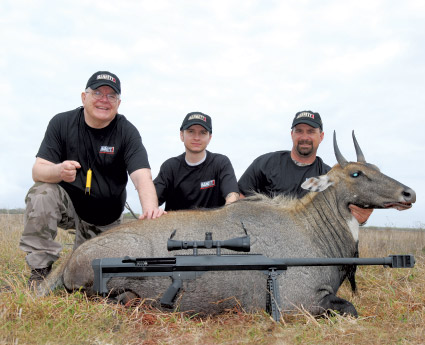 “We’ve got seven bulls coming from the west this time. Range is 956 yards but they are slowly working this way.” 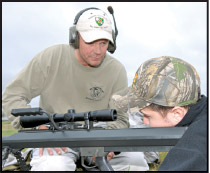 We also had bulls coming from the east at that particular point in time. After a slow start, nilgai were starting to move as the sun broke through the clouds and the air warmed. Nick lay quietly on a large black piece of rubber mat. Another piece of mat was placed under the barrel of the big rifle he held to his left shoulder.

Outfitter Lendell Laxton lay beside Nick while I was prone a few feet away near a scraggly mesquite tree. Lendell and I scanned the huge flat with Vector 1500 laser binoculars. Lendell’s Vector was mounted on a specially designed tripod that enabled incredible precision when a distance reading was required. Vectors are superb binoculars. They offer the highest eye-safe lasering performance of any hand-held unit. We could hit the send button and laser range nilgai at virtually any distance we could see. Lendell scanned one side of the flat while I watched the other.