September 11 Reflections From a Combat Marine & What We’ve Lost

by Jason Swarr
in History, Lifestyle
0

As I take a moment and reflect back on that egregious day, a gamut of emotions runs through my body. Being halfway through a 20-year career in the Marines, I was wise enough to know that my life was about to change forever. I knew war was on the horizon and honestly, I couldn’t wait to go. 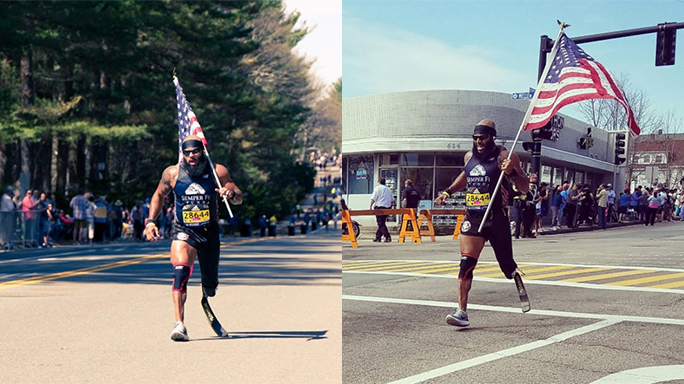 Preparing to deploy, I felt the wave of patriotism behind me. The country was united and we wanted revenge for the cowardly sucker punch we were just dealt. It was the best and worst of times, but we were fighting for a good cause. Defeating terrorism was an honor, and if it meant giving my life to complete the objective, then so be it. I am an American, and we have been sacrificing ourselves in the name of freedom since 1776.

Now, let’s fast forward 20 years. As a retired combat veteran, I believe a portion of our citizens has completely reversed course on their allegiance. Our population is completely divided, and it seems it’s almost fashionable to disrespect our great nation. What in the hell happened? What went wrong? Well, there are 1,000 answers to those questions, but what we really want to know is how to fix it. What is it going to take to bring us back to the day, that no matter what your political affiliation was…we just wanted America, with all of her freedoms, to win?

A Moment Frozen in Time

If you are too young to remember the aftermath of 9/11, do yourself a favor and look up Game 3 of the 2001 World Series and observe President George W. Bush throwing out the first pitch. Watch it through once, then close your eyes and play it again. Just listen to the intense “U-S-A” chants and the awe-inspiring roar of the crowd when he throws a perfect strike. The feeling is damn near magical. This is the America we need to get back to ladies and gentlemen. This is pure patriotism.

We need to make a hard pivot and make it now by speaking up and working hard to protect the freedoms that were paid for in American blood. Let us all never forget the lives lost on 9/11/01, as well as the lives of the fallen heroes who went to war in the name of freedom for all of mankind.

Editor’s Note: Jasson Swarr is the editor of our sister publication, Skillset Magazine. These September 11 reflections originally appeared in the October-November 2021 issue of Tactical Life magazine. Get your copy at OutdoorGroupStore.com.