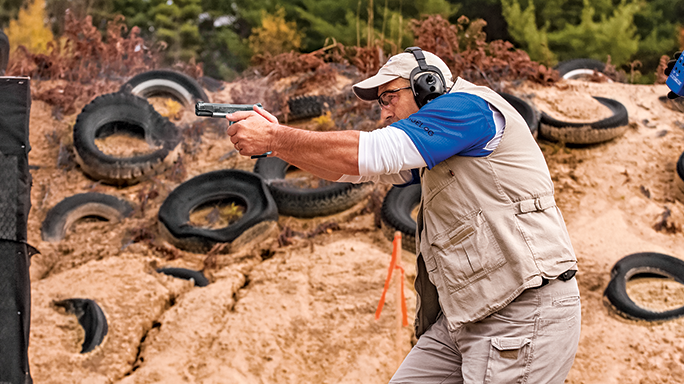 1 of 3
Redl, Aim Fire: 10 Questions with Mark Redl
“Competition forces you to learn how to manipulate your gun. If there’s a problem during a stage, you have to safely overcome it and think on your feet.” 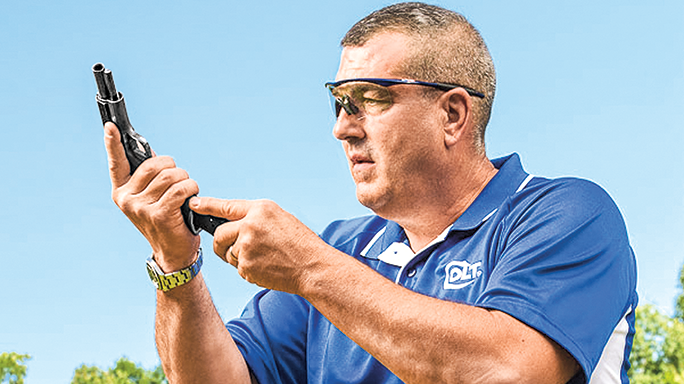 2 of 3
Redl, Aim Fire: 10 Questions with Mark Redl
“… when you begin competing, don’t go for the win or glory, but enjoy yourself, be safe and learn.” 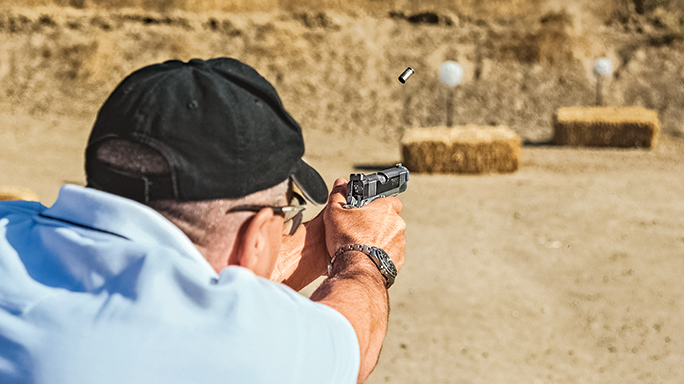 3 of 3
Redl, Aim Fire: 10 Questions with Mark Redl
Mark Redl, the IDPA King of New England, blazes through a course with his Colt Combat Elite 1911, which has fired well over 175,000 rounds. 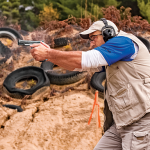 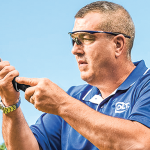 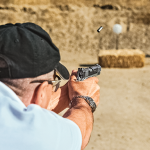 The Team-Colt-sponsored competitive shooter and two-time International Defensive Pistol Association (IDPA) King of New England title holder, Mark Redl, was recently hired by Colt’s Manufacturing Company as its product manager for handguns. With more than 20 state and regional shooting competition wins over his eight-year professional shooting career, four of which have been shooting for the Colt team, he brings a level of practical and product knowledge to the job, that, according to Paul Spitale, Colt’s senior vice president of commercial business, “will help us usher in the next generation of Colt products.”

To find out more about this competitor and now member of the Colt management team, Special Weapons was able to interrupt Redl’s busy schedule and ask him some questions about his shooting and his equipment.

Special Weapons: How long have you been shooting?

Mark Redl: I started in 1981 when I got my permit in New York State to carry concealed firearms. I then realized that I should probably learn how to use the gun properly, so I went to shooting schools run by people like Ken Hackathorn and John Farnam. After I started learning, I looked around for a way to stay proficient, and action shooting competition was the closest thing I could find.

SW: What mindset do you need for competition shooting?

MR: You have to have a positive attitude. I look at each stage as a match, so if I do badly on one stage, I put that out of my mind and move to the next stage. I’ve seen many people shoot a bad stage and then have a negative attitude during every stage after that. They end up having a terrible match.

SW: How often do you practice?

MR: Like most shooters today, I have a full-time job, but I’m lucky and I’m living the dream working for Colt. I’m very busy, but I try to practice with live fire three times a week. The rest of the week, I try to get in at least 20 minutes to half an hour of dry-fire practice. I think anybody who owns a gun should dry fire to learn how to manipulate the gun safely.

SW: What is your typical practice regimen when you go to the range?

MR: After working all day, I’ll pick one or two techniques like transitions or shooting on the move, and concentrate on those, shooting about 150 rounds. On weekends, I’ll shoot no more than 250 to 300 rounds each day, because when you shoot more than that, you start to get fatigued and then get sloppy. Like the old saying, “Perfect practice makes perfect,” not just “practice makes perfect.”

SW: What advice do you have for someone just starting out in the competitive shooting world?

MR: Most people don’t practice the fundamentals enough. In every one of my training sessions, I start and end shooting groups at 25 yards. That builds the fundamentals and also confirms that my gun is sighted in for 25 yards. I also tell people to watch a couple of matches to see how they’re run. Then, when you begin competing, don’t go for the win or glory, but enjoy yourself, be safe and learn.

SW: Are there any real-world benefits from competing that can be applied to self-defense?

MR: Absolutely. Everybody I know who shoots competitively is usually a safer gun handler. Competition forces you to learn how to manipulate your gun. If there’s a problem during a stage, you have to safely overcome it and think on your feet. It also gives you confidence that you can hit what you’re shooting at.

SW: What method of trigger manipulation do you use?

MR: I was taught to keep constant contact on the trigger. Of course, it depends on how close the target is. At 5 to 10 yards, I can be real aggressive on the trigger as long as I keep the sights aligned. With a 25-yard target, you’re going to slow down and press.

SW: It’s been reported that you’ve run over 170,000 rounds through your competition gun. Is that true?

MR: It’s now got 175,000 rounds through it, and those are just my practice rounds. I reload, so I keep the primer packages and know how many rounds I’ve shot. It’s actually the first Colt gun that I was given. All of my Colt guns are taken right off the production floor and are not Custom Shop guns. I run a Combat Elite Series 80 gun, and the only things I did after I got it were clean up the trigger and put a mag well on it. Otherwise, it’s a factory gun with a factory match barrel.

SW: Have you had to replace any parts on the pistol?

MR: I replaced the barrel because I shot it smooth. It had only about half an inch of rifling at the end, and I was starting to get flyers. I also replaced the firing pin because it mushroomed from all the dry firing. But it’s still got the same hammer and sear that Colt put in it when it was brand new.

SW: What maintenance procedures do you practice with that gun?

MR: I’m very religious about totally disassembling the gun before any big match to inspect and clean it. I change the recoil spring every 5,000 rounds and the mainspring every 10,000 rounds. Every year I change the sear spring and mag release springs. 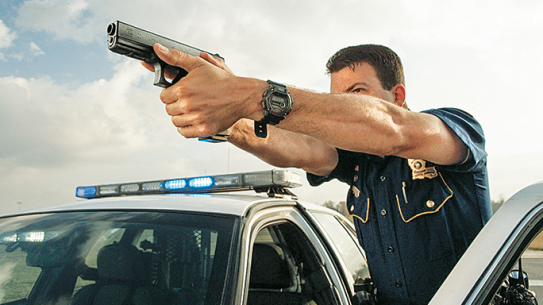 Discounts to help all of our first responders protect and serve.