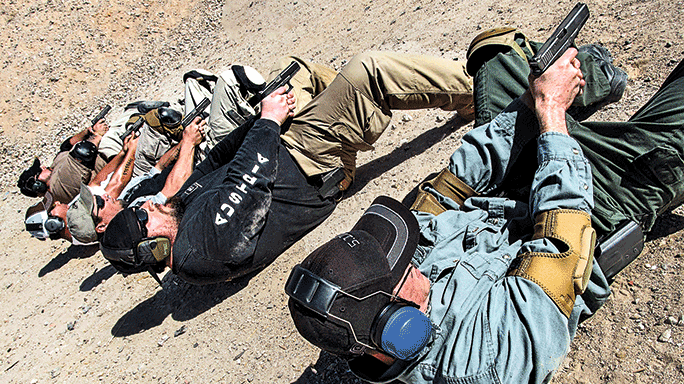 1 of 4
Anatomy of a Gunfight: Surviving a Shootout
There’s no guarantee you’ll be standing during the fight. Practice shooting from all positions! 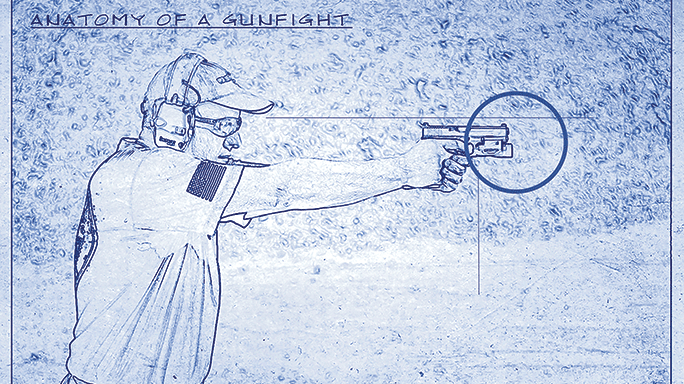 2 of 4
Anatomy of a Gunfight: Surviving a Shootout
Can you retain all of the fundamentals of accuracy—sight picture, a strong grip and trigger control—when the bad guys are firing back at you? 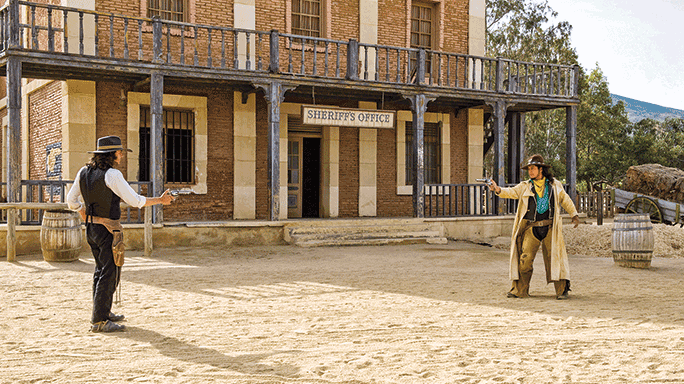 3 of 4
Anatomy of a Gunfight: Surviving a Shootout
While movies often depict Old West duels as “stand and deliver” affairs, you’ll need to move and shoot accurately to survive a gunfight. 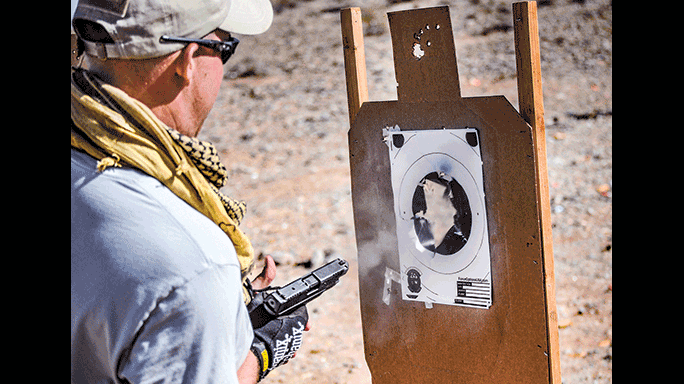 4 of 4
Anatomy of a Gunfight: Surviving a Shootout
It’s important to practice drawing and firing at close distances, where most gunfights occur. 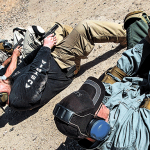 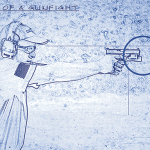 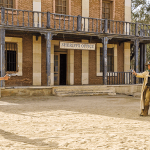 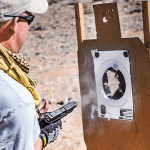 It’s high noon as a tumbleweed blows across the dusty street. Two men stand facing each other with cold steel eyes. In an instant, they draw and the gunfight is on. Within the blink of an eye, it is over.

This is the classic image we share when the term “gunfight” is mentioned. While historically accurate, gunfights often are less of a standoff and more of a rapidly developing fight over any variety of reasons. While the weapons and garb have changed over the ages, the mechanics and principles of gunfighting have not.

Over the years, many of the most successful gunfighters in the world have quietly shared their philosophies and principles of surviving the fight. From these rare texts we can harvest what can be seen as the cornerstones of gunfighting. First up is decisiveness. The phrase “hesitation will get you killed” is not just a clever cliché. It is a fact. Nestled inside that mindset, though, is the deep-seeded willingness to be violent. While this may seem obvious, it is one of the major factors behind hesitation. Violence of action many times will determine the outcome of a lethal confrontation.

Another constant seen is “calmness in action.” This principle, in fact, is seen in warrior cultures around the world. The samurai considered calmness in action a cornerstone for sword fighting. A calm mind allows for fluid thought and decision-making. It allows you to more easily make tactical decisions that can determine the outcome of the encounter.

One recurring component that surprises some people is that controlled and aimed fire wins the day. One of the most well-known gunfighters in history was Wyatt Earp. While not known for his large number of gunfights, he was involved in some of the most historically memorable fights. In a rare interview, he shared his thoughts on gunfighting. What is so profound is that the interview and the information it provides are as relevant today as they were back then.

He states, “Shooting, to them, was considerably more than aiming at a mark and pulling a trigger. Models of weapons, methods of wearing them, means of getting them into action and operating them, all to the one end of combining high speed with absolute accuracy, contributed to the frontiersman’s shooting skill. The sought after degree of proficiency was that which could turn to most effective account the split-second between life and death. Hours upon hours of practice and wide experience in actualities supported their arguments over style. The most important lesson I learned from those proficient gunfighters was the winner of a gunplay usually was the man who took his time. The second was that, if I hoped to live long on the frontier, I would shun flashy trick-shooting—grandstand play—as I would poison.”

Another point to consider in gunfighting is movement. Your ability to shoot on the move separates you from average shooters. Once you become mobile, you are dramatically harder to hit. Throw into that the fact that you are engaging while moving and you quickly rise to the top of the food chain. By moving, you force your adversary to adjust to you, and in doing so, they are relegated to a defensive posture. While stances and foot positions are good for beginning shooters, the idea of “stand and deliver” can be problematic when rounds are coming at you. Few people have the ability to hold their ground in that way once they realize bullets are flying. It is better to move as a plan as opposed to shooting over your shoulder while retreating in panic.

The last point that is a common thread is awareness. By being plugged into your environment, you can better identify potential problems and in turn react more quickly to danger. This is especially true in an age of technological obsession. Fifeteen minutes in any airport or mall will showcase countless numbers of people utterly unaware of their surroundings because they are staring at their phones or tablets. While it may be “just the way things are,” it is a dangerous mentality with possible lethal consequences. For those serious about this business, you must be plugged into your environment and soaking in what is going on around you.

The anatomy of a gunfight is composed of many moving parts. Most are not as dramatic or cool as many hope. What it usually comes down to are solid fundamentals and an ability to bring those skills to bear under great stress. This ability comes only through preparing your mind and accepting that cold hard truth: “I am not looking for a fight, but if one comes my way I will act with extreme violence and prevail.” This is the mindset of a gunfighter looking to survive. 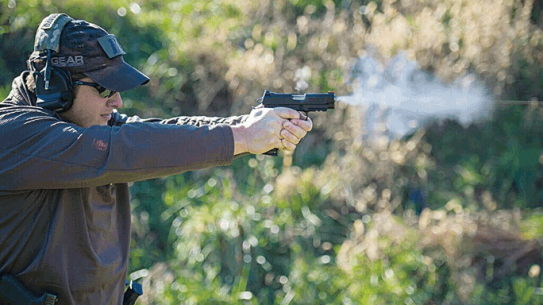 Wilson Combat’s tradition of exquisitely hand-built, custom 1911s is evident in every detail of...