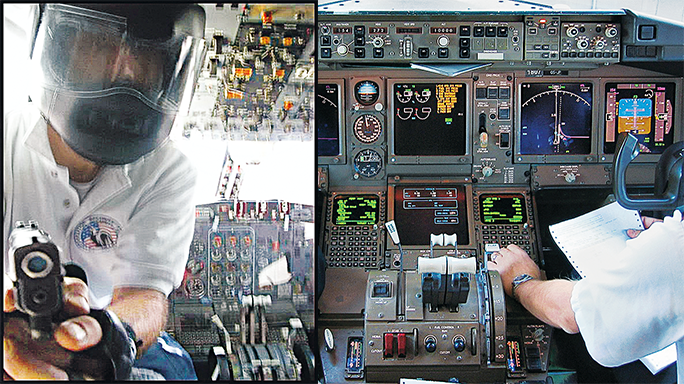 Thanks to the federal program, many pilots are now armed, and candidates receive force-on-force training to hone their skills to defend the plane’s cockpit.
Comment(s)

As the terrorists boarded their four target aircraft on September 11, 2001, they were ready to execute a multi-dimensional, murderous plan. Low-tech in tactics, the basic tools used were box cutters and alleged fake bombs. Their main tactic, though, was powerful—fear. Every element of their plan was centered on striking fear into the hearts of those on board the aircraft and then the United States at large. With the exception of the resistance on flight United 93, their plan worked.

The 9/11 Commission’s report detailed how every layer of security for the flights failed. Arguably, the one tool missing that may have stopped the terrorists in their tracks and may have averted the hijackings, had it been available, was a firearm.

In the wake of the attacks, the Federal Air Marshal Service was almost nonexistent. It would take years to find and hire enough personnel to cover the designated high-threat flights. Even with that hiring, there would never be enough air marshals to cover every flight. Pilots and their supporters had an idea to fill the gap—asking the federal government to arm pilots and flight crews. This way, even if a cockpit breach occurred again, the pilots would have one last protective measure.

Former Congressman Ron Paul said, “If pilots had the ability to carry guns on 9/11, the hijackers may well have been stopped from attacking the World Trade Center and Pentagon or persuaded to not even try.”

After much effort, supporters in Congress agreed and introduced the Federal Flight Deck Officer (FFDO) program. The program was authorized by Title XIV, Arming Pilots Against Terrorism, of the Homeland Security Act in November of 2002, and the first class of 44 FFDOs was trained on April of 2003 at the Federal Law Enforcement Training Center in Glynco, Georgia.

Ellen Saracini, the widow of United 175 Captain Victor Saracini, an advocate of the FFDO program, said, “It was clear that we needed to take every step we could to ensure that this type of attack couldn’t happen again and no other family had to deal with what mine dealt with. The FFDO program was one of the first steps to truly protect cockpits and the flying public.”

Under this program, eligible flight crewmembers would be authorized by the Transportation Security Administration (TSA) to “use firearms to defend against an act of criminal violence or air piracy attempting to gain control of an aircraft.” They defined a flight crewmember as a pilot, flight engineer or navigator assigned to the flight. In December 2003, President Bush signed into law legislation that expanded program eligibility to include cargo pilots and other flight crewmembers.

To become an FFDO, training is required by the TSA. This training includes the use of firearms, the use of force, legal issues, defensive tactics and mindset.

The FFDO program is not for everyone. To become an FFDO, the applicant must be a certified flight crewmember and be accepted by the TSA. The application process involves a background check, a medical screening and training at the TSA’s training course. Once an applicant attends and successfully passes the FFDO course, they will be deputized by the TSA as an FFDO, granting them limited federal law enforcement status. That initial deputation lasts for five years, with additional periods requiring a review and background updates.

FFDOs may not make arrests or conduct other law enforcement functions. They are strictly permitted to carry a firearm and use force, including lethal force, to defend the flight deck of an aircraft from air piracy or criminal violence. Due to the overriding security issues surrounding securing an aircraft during flight, the FFDO program maintains secrecy concerning all aspects of the program, including the names of FFDOs and how many exist.

Although the FFDO program has specific guidelines for the type of weapon an FFDO may carry, many flight crewmembers that are part of the program are gun enthusiasts or owners of guns and have their own preferences. In one such case, a pilot that is an FFDO told me, “As an FFDO, keeping the plane safe is my number one priority. I have shot GLOCKs and feel they are a great weapon.”

The main reason for this is that GLOCKs are some of the most versatile handguns on the market. They come in every type of caliber and size, with Gen4 models even offering the ability to adjust the grip size to the shooter’s preference.

As an FFDO said, “Most cockpits are relatively tight quarters compared to the rest of the plane. The nice thing about a GLOCK, especially the subcompact or compact versions, is that it would be easy to conceal and use in tight spaces. I also like the 5.5-pound trigger, which makes it an easy and consistent weapon to shoot, especially if movement is involved, like on a plane.”

Since GLOCKs come in every size and caliber, personal choice is a major factor, but there are a few models in particular that would make solid choices for an aircraft. The G19 Gen4, the G26 Gen4 and the single-stack G43 offer small handguns chambered in the capable and easier-to-handle 9×19 round, allowing for better control over the weapon for shot placement.

And shot placement is key. A pilot confronting a bad guy may only have the opportunity to fire one or two rounds with the plane descending or making erratic movements. Plus, the passengers are at risk if multiple shots are fired, so the goal would be to shoot only the rounds necessary to end the threat. With that in mind, according to a pilot in the FFDO program, “A 9×19 GLOCK with a 5.5-pound trigger may give you the best option of hitting where needed to stop a hijacking.”

The G43 is GLOCK’s ultra-compact, single-stack pistol in 9×19. It’s ultra-concealable, accurate and will fit shooters’ grips regardless of hand size. The grip has a built-in beavertail design that allows the shooter to acquire a high and tight grip at all times, and its aggressive texturing allows the shooter to more easily operate the pistol. The reversible magazine catch allows for easy removal of the pistol’s six-round magazine.

In the .40 chambering, the G22 Gen4, the G23 Gen4 and the G27 Gen4 models provide the same trigger control but add a little more “oomph” with each round.

“If I have to shoot at someone in the sky, I want to make sure it stops the attack. And since many police officers carry .40-caliber pistols, it seems like the right weapon to defend a cockpit,” said another pilot in the FFDO program.

The G23 Gen4 combines compact dimensions for both open and concealed carry despite its 13+1 magazine capacity. Having survived testing and use by U.S. law enforcement agencies, the G23 Gen4 pistol has repeatedly demonstrated its world-class durability and reliability in even the most unfavorable conditions.

Of course, many pilots are former military personnel, and the sidearm they carried while flying in the military in most cases was the Model 1911 in .45 AUTO. “Since I’m used to the .45 AUTO round and know its effectiveness, the G30 Gen4 would probably give you the best chance of stopping a bad guy and preventing a highjack,” said one pilot. The subcompact G30 Gen4 puts one of the most powerful rounds into a highly concealable and usable frame.

Many experts agree that the threat matrix for flights has not diminished since the 9/11 attacks. Some would argue that, in fact, these threats have increased while our readiness has declined.

We can’t afford another 9/11. Perhaps one of the best and most economical ways to ensure every plane is protected would be to train and certify more FFDOs and ensure that a weapon was available that would suit all of their needs, and that weapon could be a GLOCK. 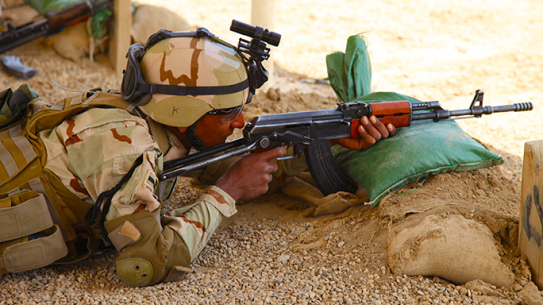 Must-have ComBloc guns and accessories to add to your collection!