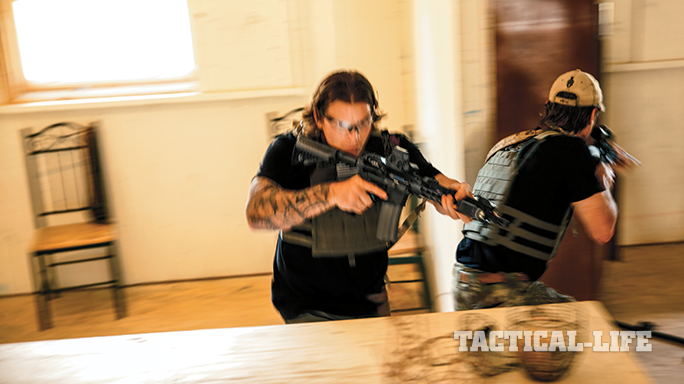 1 of 2
Photo by Jon Chang
Extreme CQB Training & Tactics with Northern Red
Northern Red’s elite trainers add as much realism and stress as possible to the Advanced Close-Quarters Battle Course to increase your odds of surviving a gunfight. 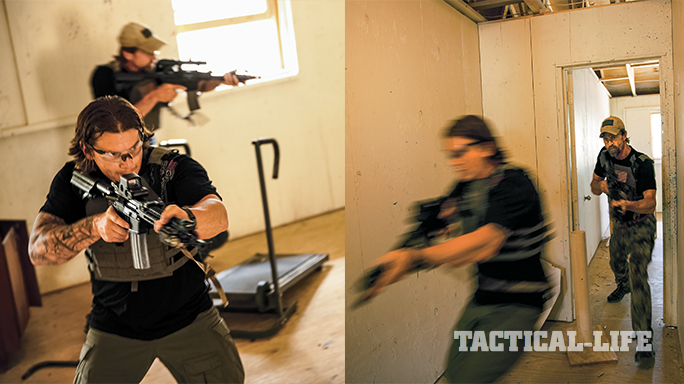 2 of 2
Photo by Jon Chang
Extreme CQB Training & Tactics with Northern Red
Northern Red requires operators to play all positions in a CQB scenario. The second or third man into a room must be ready to take the first position as the team moves into the next space. 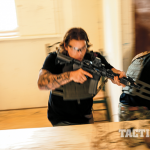 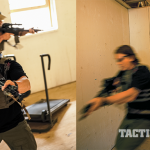 You have become the king of the paper target. You and your team can enter a room and move around furniture, friendlies and debris only to cleanly smoke those targets clearly identified as bad guys. But what if, like in real life, those targets are moving, armed and firing back? Everything changes.

Well-rehearsed drills come unwound, stalwart members break down, mistakes are made and good guys get killed. Paper is great for learning the fundamentals, but until your target is as committed to the fight as you, it’s all just kabuki. But Northern Red Training brings a team of battle-tested experts from America’s most elite units to a world-class facility in North Carolina to teach the final and most important element in gunfighting—an armed opponent.

“It’s impossible to simulate combat,” says Zack Harrison, former Army special operations member and lead Northern Red instructor. “We make our training as realistic and stressful as possible. Incorporating opposition into the training allows us to do a variety of things we couldn’t otherwise do. First, it vets our tactics, techniques and procedures. Many times, particularly in the law enforcement community, having an armed opponent is not part of the training, and there is no way to test the validity of the training. They hit the same house, execute the same runs and end up gaming their own facilities. Unfortunately, that usually results in waiting until the shooting is real to tease out the weak points. In our view, that’s the wrong answer. We want our students to not only see that the tactics work against an armed opposition, but to build confidence around those skills prior to combat.”

The stress of an opposition in training is also a way to vet teammates. “Opposition tells us immediately how an individual reacts under stress,” says Harrison. With some regularity, otherwise competent members will fold, or react badly, when faced with a determined enemy. “The simulation rounds are not the same as real combat, but they hurt. There is no better feedback than the immediate penalty of getting shot. Some students can rally, gather themselves and improve while others will break down or quit.”

Northern Red starts with a departure from traditional methodologies. Its home facility is the Oak Grove Training Center in Hoffman, N.C. The 8,000-square-foot facility was designed with input from Northern Red’s Tom Spooner, and it has a shoothouse with moveable walls for traditional entries and clearing runs as well as an upper floor simulating a residential shoothouse. Operators can go from a modern living room to the bedroom and bathroom, and so on, to encounter realistic transitions and scenarios. The realism provides several advantages. Teams can practice the basics and then move onto more variable and realistic environments, and then back to lower levels to replay and rehearse the parts where the teamwork broke down.

“We want our students to not only see that the tactics work against an armed opposition, but to build confidence around those skills prior to combat.”

Learning a consistent and safe way to analyze and move through the layout and architecture of a building as well as make navigational decisions that don’t leave un-cleared avenues of approach for armed enemies takes some practice, but the Northern Red team breaks down the process by bucketing the similar types of doors, rooms, hallways and stairwells. By simplifying the basic building blocks of the structure, decision-making becomes faster for team leaders and more easily adaptable for team members. Students also learn simple but effective methods of flowing through the rooms, keeping their eyes ahead of their rifles and seeing the red dots of their optics as well as their targets for more consistent shot placement.

Making entry into a space, particularly where the occupants may be expecting you, is the point at which most teams get compromised. To this end, the simple act of stacking a door with a four- to five-man team and choosing how to enter is covered in depth and with multiple repetitions. Northern Red advocates a “push and go” technique for a door that opens in and a “pull and hold” for doors that open out. This means the second man in the stack may be the first man in the room and should be prepared for assuming that role depending upon what the team encounters. This allows the team to move from room to room and door to door without reshuffling each time they have to enter a space.

Learning and drilling the fundamentals while making tactical and navigational decisions is something most small units practice, and students typically arrive with a basic understanding of how to move with a team inside a building. However, those who are not accustomed to being shot at receive a rude and eye-opening experience when an armed opponent is waiting behind the door. The Northern Red cadre considers this the place where true progress begins. According to Spooner, “This is where the training of their mind and managing stress begins. We apply both a shooting standard (target selection and accuracy) and a time standard. They are forced to manage the stress of all these factors. Some come unglued, some freeze, and others find a way to push through it.”

Northern Red breaks the urgency decisions down into two general alternatives. Either the structure simply needs to be cleared and is presumed hostile, or there is a hostage in the building with hostiles and speed is the primary consideration. The non-hostage scenario is drilled first, as it allows the teams to methodically move through the space and deal with opposition as it is encountered. However, as soon as the targets are firing back and moving deeper into the structure, much of what teams have been practicing over several days goes out the window. Shooters bunch up, miss targets, shoot friendlies and otherwise behave as novices. But this reaction is expected at Northern Red, and shooters are brought back to the fundamentals of assessing and engaging immediate threats, sticking to their sectors of fire and moving to points of domination within the room. A learning cycle emerges, and most of the shooters find a way to manage the stress and put hits on the proper targets while moving as a team.

The ultimate scenario comes when the teams are required to clear spaces under a time constraint. The pressure ratchets up as there isn’t time to breathe and reset between rooms, to assess hallways or optimize the stack of shooters. Just when the teams think they have mastered a run, Northern Red can move the walls, put obstacles along the route, add shooters or tighten the time standard. This forces the operators to ask hard questions about why they do what they do within their units.

For Kevin Burger, the impact of the training and the variables was significant. “For me, not having a CQB background, it was like practicing with an NFL team, learning a new playbook, and every down you switch positions and have to know what to do. The added stress of a proficient person shooting back at you seems to expose any weaknesses in your tactics.” 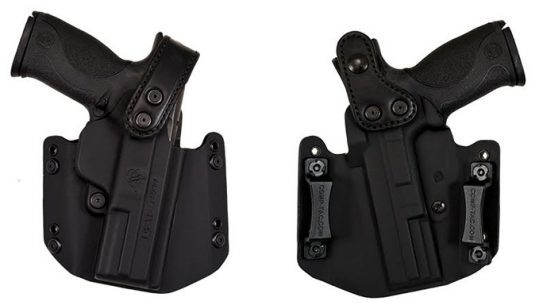