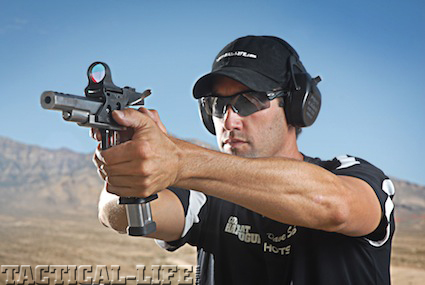 As a new USPSA shooter, competing in the Nationals is kind of out of the question. Luckily, my profession these days allowed me to make it to Las Vegas last week with a camera instead of a pistol. It was amazing to see the top pistol shooters compete in various levels and matches, as well as the rest of the USPSA (U.S. Practical Shooting Association) shooters.

The weather was warm but clear—perfectly suited to a shooting competition. The Desert Sportsman’s Rifle & Pistol Club was the venue, just at the base of the Red Rock Canyon outside of Las Vegas. This same club has hosted the USPSA for the last few years. After spending time with the president of the club, it is clear that Las Vegas is lucky to have such a convenient facility. 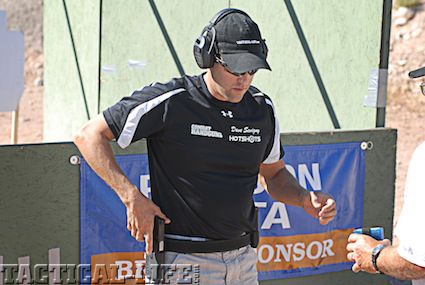 Combat Handguns magazine and sister media website Tactical-Life.com sponsored Dave Sevigny at this event. Dave is a winner of over 170 Major Handgun Championship titles, and he is also an expert military, law enforcement and civilian trainer. Access to Dave allowed quality time with the “Super Squad”—the nation’s top USPSA shooters and, truly, the cream of the crop at this game. 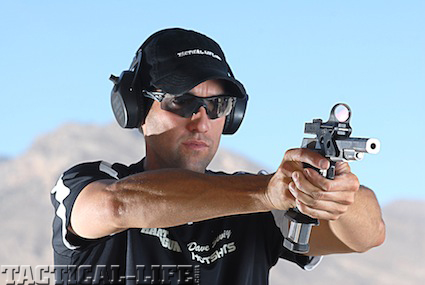 The courses of fire were the same for all, but the speed and precision demonstrated by Dave and his competitors was simply amazing. All of these shooters were excellent, and mere split seconds separated the top spots. A dropped shot or malfunction could move you down the leader board in a hurry. 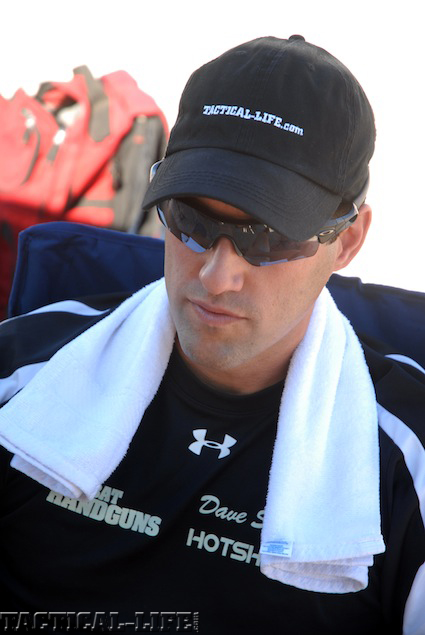 Dave had a pretty good match with only one serious ammunition malfunction during day three. He held his own, and in the end he finished in seventh place. It was also his first Open Nationals, making a solid finish.

Sevigny also competed in the Production Division, where he is most at home. Progressing through day one and two, he was in the hunt until the last. Moving into the last day, the championship was still up for grabs. When it was all said and done, Ben Stoeger took his first ever Production Championship. Finishing in third place with a 98.7 percent, Dave wasn’t satisfied—that shows the quality he knows he can shoot. 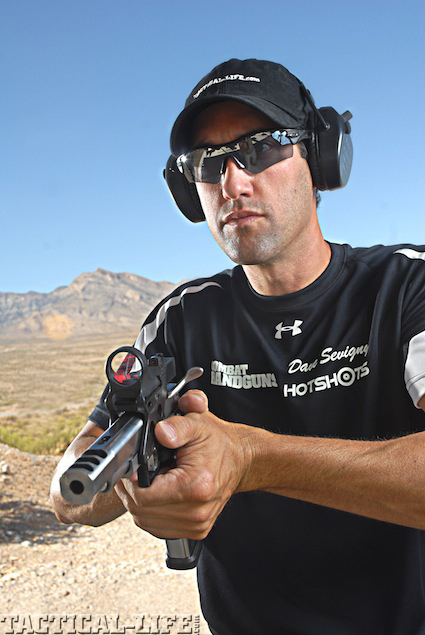 This was an excellent competition. Having run a competition or two myself, the pressure at this level is huge. All of the range officers and assistants did an excellent job. In keeping with the one-for-all attitude of the USPSA, everyone pitches in. This was pretty clear when Todd Jarrett was always the first up to paste targets. 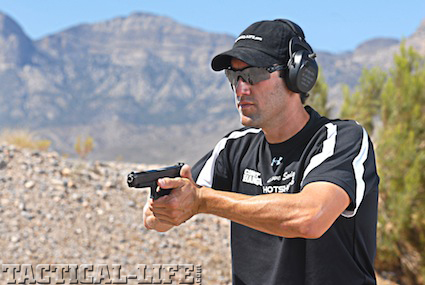 It’s not bad to see the best shooters in the world pasting up targets like the rest of us. Look ahead to some further coverage in an upcoming article in Combat Handguns.

As a new USPSA shooter, competing in the Nationals is kind of out of…