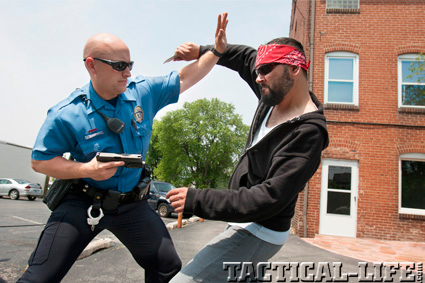 1 of 2
Lead-Option-3
In Case Three, a suspect ran from police officers and, when finally cornered, pulled a knife and tried to stab the nearest pursuing officer—justifying a use of deadly force. 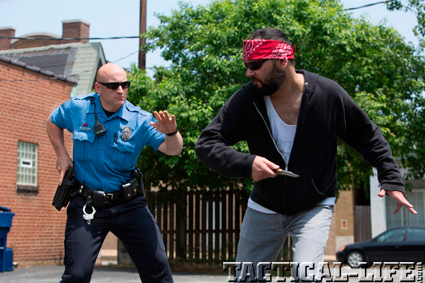 2 of 2
Lead-Option
Even when drawing a weapon is justified, an officer’s immediate prior actions—including the first contact and pursuit—must also be justified in the court of law. 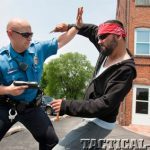 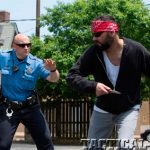 You engaged him. He turned around, weapon in hand, and tried to kill you. You shot him. Consider that situation. If you’re the department’s use-of-force instructor, you can’t say, “Not my job, man. I teach use of force. Somebody else addresses when to pursue.” We have to teach our officers to act to the standard by which we know they will be judged, and the U.S. legal system has made it clear that “the totality of the circumstances” plays a part in legitimizing the use of force. If the pursuit wasn’t warranted, your officer and your department will have an uphill fight justifying themselves. Let’s look at three examples, all of which involved armed perpetrators and the risk of death for the officers.

In what I’ll call Case One, several police cars rolled into a Chicago neighborhood on a drug sweep. One doper just couldn’t contain himself: He broke and ran at the sight of the cops. Two Chicago PD officers pursued him and caught him. When they shook him down, they found a .38 with five live rounds, which he was illegally carrying concealed. They arrested Sam Wardlow. He was convicted of unlawful use of a weapon by a felon, and his lawyers appealed the judgment all the way up to the U.S. Supreme Court.

In the Supreme Court’s landmark United States v. Wardlow decision in January 2000, the highest Court upheld the conviction. “Headlong flight is the consummate act of evasion,” the opinion stated, adding that, “[Flight] is not necessarily indicative of wrongdoing, but it is certainly suggestive of such.”

In other words, behavior suggestive of “consciousness of guilt” clearly suffices to create a reasonable, articulable suspicion warranting an investigative detention, even if it may not constitute probable cause to proceed directly to arrest. Therefore, the officer has done nothing wrong in giving pursuit under such circumstances. Fortunately for all involved, the officer was able to prevent the situation from turning deadly.

Case Two began in 1963 when a seasoned, 62-year-old Cleveland Police detective spotted three suspicious-looking men who appeared to be “casing” a downtown store. Executing a “stop and frisk,” he discovered that two of them were illegally carrying handguns and proceeded to arrest them. They were convicted, and in the 1968 landmark case Terry v. Ohio, the U.S. Supreme Court upheld the conviction and vindicated the detective’s judgment. The majority opinion maintained that the totality of the circumstances created reasonable, articulable suspicion for the veteran police investigator to detain the individuals in question and conduct the searches that led to the arrests. In their reasoning, the Court explicitly cited protection of the public and officer safety.

To this day, a “stop and frisk” based upon articulable suspicion is known as a “Terry Stop.” Thankfully, the detective was able in that situation to disarm the suspects before they became a threat.

Case Three went down in 2009. Three officers spotted a pedestrian wearing signature gang clothing and, one deputy believed, looking like a subject who was on parole. They stopped, and a sergeant identified himself and began a consensual contact. The man spun and fled on foot, simultaneously reaching into his pocket as if for a weapon or contraband. The officers pursued on foot, and when they caught up with him, the suspect whipped out a knife and tried to kill the sergeant, who fired his duty sidearm, as did another deputy. The suspect died.

The shooting was ruled justified by the district attorney’s office, which cited both Terry and Wardlow decisions and the FBI. But that didn’t stop members of Gutierrez’s family from filing in federal court a lawsuit against the deputies. The plaintiffs argued that the shooting was wrong because the officers were wrong to have chased the deceased in the first place. Let’s analyze the claim in the way it was ultimately analyzed in court.

The initial contact was a consensual encounter: The sergeant had simply identified himself and asked the man if he could talk to him. Had the man replied, “No, I don’t wish to speak with you,” he would have had every right to simply walk away, and the sergeant later testified that he would have allowed the man to do so.

However, when the suspect, upon realizing that he was facing a police officer, suddenly turned and ran, the elements delineated in Wardlow kicked in. The suspect’s “headlong flight” was grounds for reasonable, articulable suspicion, which warranted an escalation to an investigative detention, which of course required that his flight to be stopped. Add to that the reach into his pocket—consistent with reaching for contraband or a deadly weapon—and there was all the more reason to pursue. Finally, the man’s running into traffic endangered his own life and the lives of motorists and pedestrians—more reason for the cops to pursue him and stop his now life-threatening behavior. When, at the end, he spun and tried to kill the officer with a knife, it escalated to a justified use of deadly force by the officers. But through it all, the deputies had done it not only by the book, but also by the rules of the U.S. Supreme Court itself.

I was retained as an expert witness for the deputies, and if you don’t think a use-of-force expert will be cross-examined about consensual contact versus investigative detention and pursuit, you weren’t there for my deposition! Fortunately, I knew my stuff and so did the deputies and their defense lawyers Bruce Kilday and Amy McTavish, who won the case for the deputies and the department. The suspect’s headlong flight warranted pursuit, and when he attacked the sergeant with a knife, the sergeant and deputy were justified in in opening fire.
There was no appeal to the Case Three verdict, which exonerated the cops and their agency, so you won’t find this incident in appellate case law. Nonetheless, taken in context, you can see why recognizing the elements justifying a pursuit, which may lead to a shooting, is absolutely critical in today’s law enforcement world. 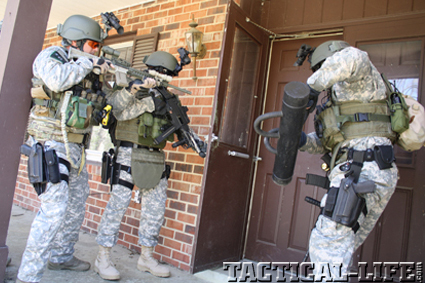 You engaged him. He turned around, weapon in hand, and tried to kill you.…