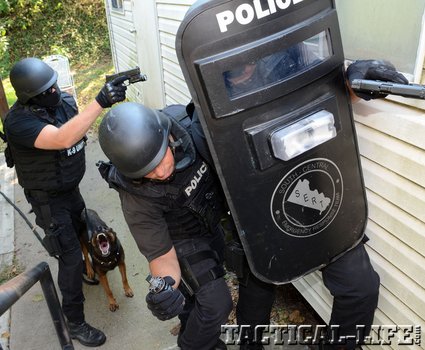 When it comes to serving high-risk warrants or resolving hostage situations, diversionary devices like flashbang grenades can give SWAT operators valuable, lifesaving seconds. Suspects will be overwhelmed by the sound and brilliant light—too shocked to fight back. Jeff Goldberg photos

On July 4, 1976, the Israeli Defense Forces (IDF) used a black Mercedes and Land Rovers to simulate Idi Amin’s motorcade as they rolled out of a C-130 at the airport. In the ensuing rescue operation (Operation Entebbe) of the passengers of a hijacked Air France plane, all seven terrorists were killed as well as 45 Ugandan military personnel. Out of the 105 hostages, four were killed and 10 were wounded. Only one task force member was killed. This daring rescue, using speed, surprise and violence of action, was the first tactical use of flashbang devices as a diversionary tool, and by the results, it worked.

On any given day, U.S. domestic tactical teams serve warrants at the homes of suspects who may be gang members or are wanted on gun and drug charges. The teams face a myriad of threats, such as guns, dogs and multiple assailants. Throughout history, diversions have offered a tactical (or military) advantage, often minimizing the threat. Unfortunately, when you read the news, you mostly hear about how much damage a flashbang may have caused. You rarely hear about how often flashbangs—or, more appropriately, “sound and light diversionary devices”—saved lives, particularly those of officers. 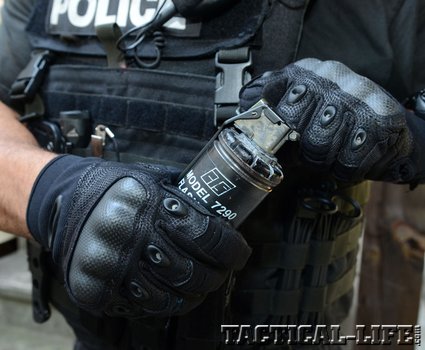 Most flashbangs feature a canister, a fuse and a charge. Some have timed fuses, such as CTS’ 7290 (shown), while others detonate on impact, like those devices from Royal Arms. Jeff Goldberg photo

According to a National Criminal Justice Research Service (NCJRS) article, flashbangs are devices that explode with a loud bang and emit a brilliant light. They are only used to create diversions to support high-risk entries in police work. Sound and light diversionary devices are usually reserved for the worst of the worst, so operators can gain entry with minimal resistance, i.e. someone shooting at the officers. Officers are not at these locations because they have nothing better to do—they are there, in most cases, to handle a hostage situation or serve a legally approved warrant. In sum, if a law enforcement agency has determined a sound and light diversionary device is warranted, there are usually very good reasons. 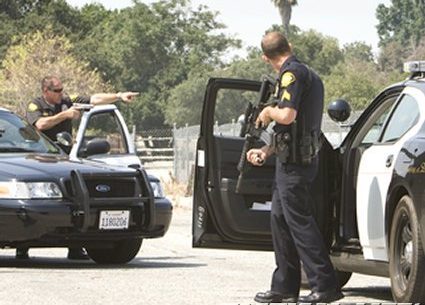 When it comes to serving high-risk warrants or resolving hostage situations, diversionary devices like…