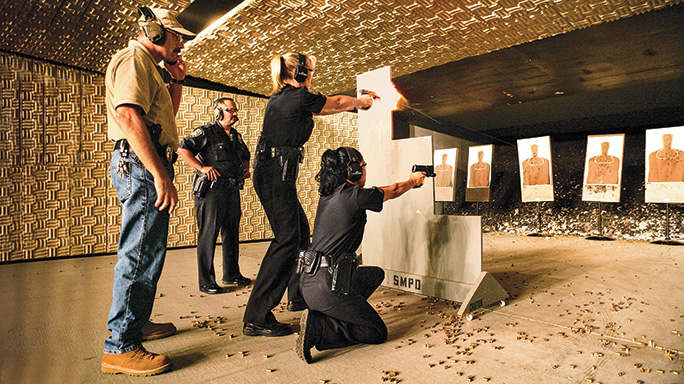 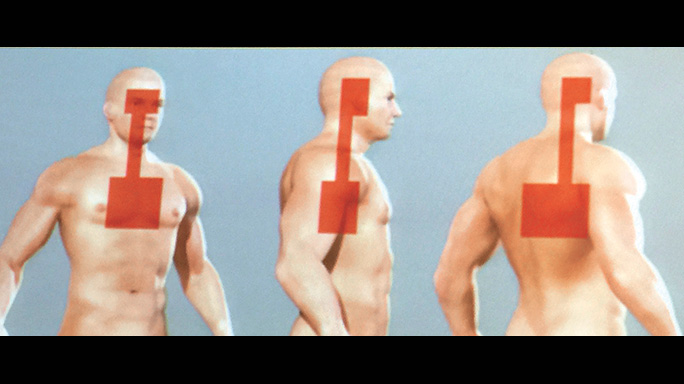 2 of 2
Threat Anatomy: 6 Examples of How Bullet Placement Can Stop Danger
This visual aid in the Threat Anatomy course helps students understand how the angle of the opponent’s body will affect your point of aim. 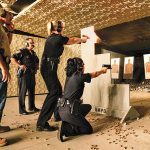 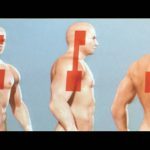 In the summer of 2015, I was able to take the Threat Anatomy class taught by Frank DeYoung. A very experienced paramedic and firefighter with military experience during Operation Enduring Freedom, Frank grew up shooting and hunting in rural Lewis County, Washington, and he has considerable experience in both treating and inflicting gunshot wounds.

He feels (and I agree) that the injuries caused by police-type bullets have a lot in common whether the recipient has two legs or four, and takes his research from multiple such sources.

The intensive one-day Threat Anatomy course involves classroom lectures and live fire, preferably on indoor ranges where light can be controlled. In the classroom, Frank offered some fascinating information, including, “Eighty-two percent of people shot with handguns survive … It may take 10 to 15 seconds for a heart shot from a service-caliber pistol to take effect, and 30 to 90 seconds for hits in the liver, spleen, or kidneys to debilitate a human opponent…and you can expect four rounds per second to be fired by gunfight participants.”

Frank attributes the high survival ratio to modern emergency medicine in the U.S. “The ‘golden hour’ is to have the patient in a trauma center within one hour,” he explains, “but we work with ‘the platinum 10 minutes,’ or the first 10 minutes on scene. In my city, we are getting to the shooting scenes in an average of 3.5 minutes, but I think the operating room is saving more lives than the emergency room or us on-scene paramedics. We’re stabilizing the patient so he’s not getting worse, and gathering info for the trauma surgeons. The surgeon is repairing the damage.”

DeYoung’s Threat Anatomy course emphasizes aiming at the parts inside the opponent’s body that have to be shut down to keep him from killing the officer or anyone else. With cardiac hits, he pointed out, there may not be an instant stop. He told us of Case One: “We had one man stabbed with a long knife through the heart, right atrium through septum through left ventricle. He walked downstairs with the paramedics and talked with them in the ambulance until he slowly lost consciousness. They were performing CPR by the time they arrived at the hospital. He died on the table. There was almost 12 minutes between him receiving that wound and losing consciousness.” He added, “The Department of Justice determined that aiming level with the armpits (which is level with the heart) was about 36 percent more effective than aiming at ‘center of mass.’”

I was reminded of Case Two, in which an American soldier in the Middle East had to fire all 16 full-metal-jacket 9mm rounds from his issued Beretta into a jihadi before the opponent’s AK-47 fell silent. I asked him where he aimed; he replied, “Center of mass, like I was trained.” I asked him to show me where center of mass was, and he pointed to his abdomen.

Remember the old days when some instructors said, “Aim for the third button down on the bad guy’s shirt”? In Cases Three and Four, the officers hit exactly that spot and achieved no significant effect and had to keep shooting. So what happened? In both cases, the suspect was “quartered” to the officer’s gun and the bullet tore an ugly flesh wound through the pectoral muscle but never even entered the chest cavity. More bullets with better hits were needed to stop both fights. DeYoung allows for this with photographic targets depicting armed criminals aiming at the officer from odd angles. You’ll very quickly learn to do what Frank says: Aim for the part inside that needs to be shut down.

Like a growing number of researchers, DeYoung teaches his students to aim for the heart, deep brain and pelvis as primary targets, the latter to demobilize a knife wielder (or a running gunman the officer can’t hit in the heart or brain). He noted, “Some parts of the pelvis are better than others. The upper trochanter, at the top of the femur, is level with the wrists when the arms are down. Femoral arteries come through the pelvis. Shooting level with (conventionally worn) pants pockets puts the bullets in the area of the pelvis, the hip socket and some great vessels. The vena cava and descending aorta branch at around the belly button.”

Consider Case Five in Baton Rouge, where nine bullets in the torso and head failed to put a cop-killer down, but the 10th shot broke his hip and anchored him to the floor, where he bled to death. Or Case Six, in which a young female NYPD officer dropped a rampaging knife-wielder into screaming helplessness with a single 124-grain +P Gold Dot from her 9mm that hit his pelvis.

I took Frank’s Threat Anatomy class at Firearms Academy of Seattle (firearmsacademy.com), where my old friend and colleague Marty Hayes mentored Frank and encouraged him to branch out on his own.

Go to threatanatomy.com, and see about taking a Threat Anatomy class at Frank’s home base or bringing him to your agency. He offers an additional, vital day of first responder treatments for gunshot wounds, including self-treatment if you’re alone and far away from backup after you’ve won the gunfight. 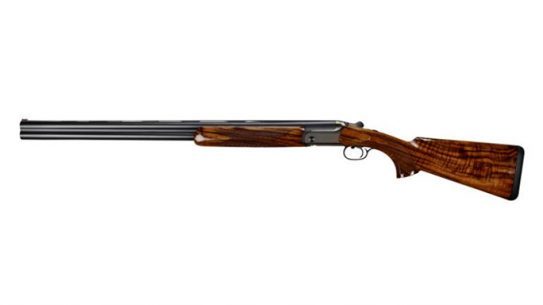