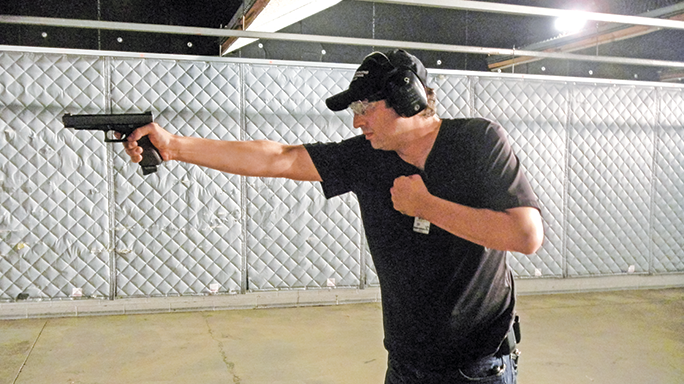 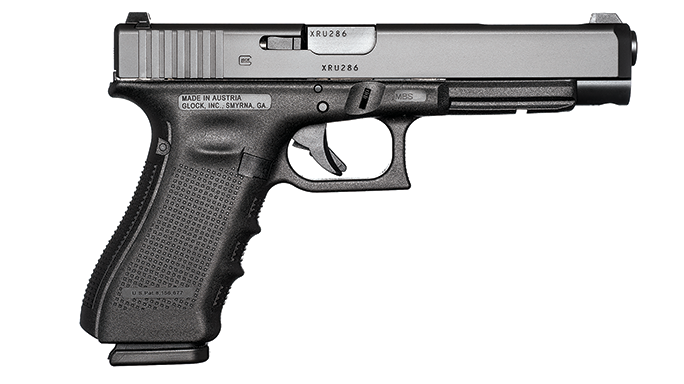 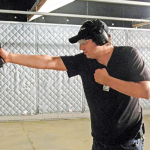 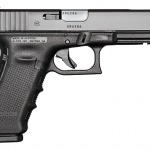 Gabe White of Oregon might be described as a “perfect” student of defensive pistolcraft. He has dedicated a large amount of his waking hours to the pursuit of the flawless execution of defensive handgun skills.

To shoot a perfect score, a reliable firearm is absolutely essential. For more than 30 years, Glock has been making exactly that. The Glock pistol Gabe relies on at present is a Glock 34 in 9×19.

Gabe’s G34 has all of the qualities considered essential for a defensive pistol. First, as with all Glocks, his G34 is rock-solid reliable. Through thousands and thousands of dry-fire repetitions and tens of thousands of rounds of live fire, Gabe’s Glock has delivered.

While at the Rogers School, I had the pleasure and privilege of shooting with Gabe, and I asked him a bit about his personal history. I didn’t know exactly what to expect, for although we had met once or twice at Glock Sport Shooting Foundation (GSSF) matches, where he is an intense competitor, he is not any sort of braggart; rather, he seemed quietly competent. As I got to know him better, I came to understand just how committed he is to the art of self-defense.

Gabe was raised, and still lives, in the Pacific Northwest. “I had an early interest in self-defense and the arts associated with it,” he said. “I was raised in a middle-class home, no big traumas, but I got into martial arts instead of team sports. I studied hand-to-hand and defensive knife skills, and when I got old enough, applied for a concealed-carry permit.

“Let me put it this way,” Gabe added. “One of my most deeply held beliefs is that of the right to self-defense. It’s a basic human right, and to protect yourself, you need the right tools for the job. In other words, in order to exercise other rights, one must first be alive.”

His experiences learning various martial arts convinced him of the necessity of receiving proper, competent and relevant instruction. His first firearms instructor was a local police officer and former Green Beret. He then took courses from others in his area, specifically at the Oregon Firearms Academy, the curriculum of which was heavily influenced by both Clint Smith and the “Modern Technique” of handgun shooting.

Like many, Gabe had a small group of like-minded friends and associates, and they began competing among themselves. “There was a gradual awareness of a higher level of shooting in shooting sports like GSSF, IDPA and USPSA,” Gabe said. While there are many committed to using “match-only” guns and gear, Gabe made the choice to use carry holsters and pistols with minimal modifications. Simultaneously, he began searching for other training venues, “continually seeking a higher level of technical skill.”

Gabe is one of the few people I know who says he enjoys dry firing. “I look forward to it, as I see it as a means to an end. I found it was not enough to want to hit; I had to learn to enjoy, truly enjoy, that which leads to hitting.”

He started teaching shooting at the Public Safety Training Center in Clackamas, Oregon, and thanks to the Internet, he could compare his performances on drills with those of IDPA and USPSA champions. And it was the pursuit of new and more challenging drills that brought him to a website where serious practitioners mentioned the Rogers Shooting School and its famous “Test.” Gabe describes it thusly: “The Test itself is a real marathon—125 possible points on moving, disappearing plates, with four freestyle draws, eight strong-hand-only draws, two freestyle reloads, one strong-hand-only reload and two support-hand-only reloads. By my count there are at least 142 chances to screw up.” On Thursday of Rogers’ week-long training course, he shot a perfect score of 125 plates. “What an incredible experience to power through. Nothing else mattered. I was able to focus completely.

“Doing well on the test is not just about the technical abilities required. It’s also very much about mental composure and the ability to stay focused on each discrete task at hand and complete it cleanly. Of course, I always want to shoot at the highest level I can and learn to do better, too.” So driven, Gabe White continues on his quest to achieve pistolcraft perfection. 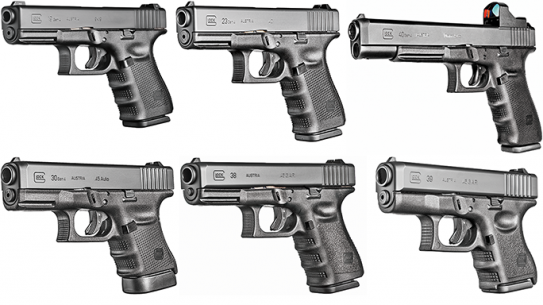 Sorted by caliber and featuring 33 different and impressive Glocks, you won't find a...