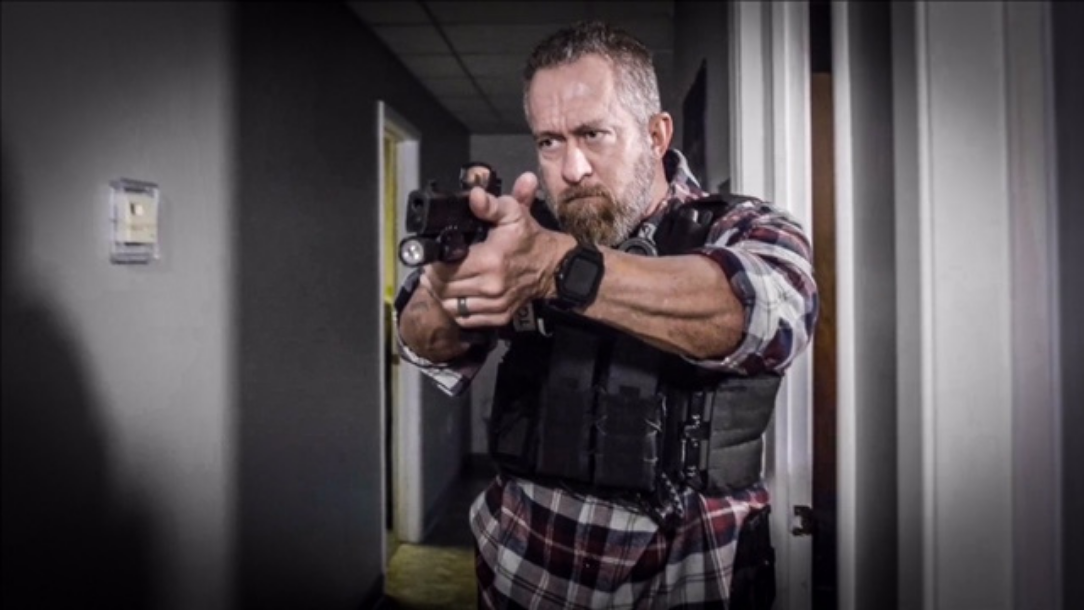 CQB. Close Quarters Battle. It’s a popular topic on social media and training circles. But contrary to what the tacti-cool would have you believe, there really isn’t such a thing as solo CQB. Close Quarters Battle is just that, battle. It’s small unit tactics inside a structure. The key word being unit. CQB works because it’s a tactic for a team to utilize. Those same tactics don’t really apply to an individual who’s trying to learn how to clear a room.

CQB vs. How to Clear a Room Alone

Make no mistake, just as CQB is one of the most dangerous tasks a team can do, clearing rooms as an individual is an extremely high-risk endeavor. There’s no way to eliminate that risk, only mitigate it. Unless there is a legitimate need, you are probably better served by either avoidance or, if necessary, taking up a sound defensive posture. But, we don’t get to always choose the time and place, and definitely not the manner of the fight. Especially not as responsibly-armed civilians. And sometimes the fight chooses us, whether we want it to or not.

Fighting Inside of Structures

So if we aren’t talking about CQB, how should we look at this set of problems and skills? I think we should approach this as fighting inside structures. Once we make this paradigm shift, it’s much easier to make common sense choices about our tactics, techniques, and procedures.

Fighting inside structures is primarily a game of initiative and angles. Let’s discuss angles first. An early CQB mentor of mine called it “the geometry of tactics.” When you’re operating as part of a team inside a structure, you mitigate risk by using angles to create as close to 360 degrees of security as you can, and you increase the effectiveness of your offense by creating interlocking fields of fire, much like small unit infantry tactics. As an individual, neither of those options is available to you.

The other important factor to remember is cover versus concealment. Very little inside a modern home offers ballistic protection from small arms fire. This is why many, although not all, teams prefer dynamic over deliberate CQB. As an individual operating alone however, you have little choice but to use concealment the majority of the time when moving through a structure. It isn’t perfect by any means, but it’s better than running into gunfire. We’ll discuss the exceptions to this when we begin talking about initiative.

We use concealment by playing the angles. Pretty much everyone should at least have a passing familiarity with “slicing the pie,” where you progressively take small “slices” visually around a corner. With practice, this can be done far faster and much more smoothly than most people think, without losing effectiveness. This can be applied to doorways as well as corners, and even vertically to the landings of stairwells. If you lead with the muzzle and your dominant eye, it is usually possible to see someone on the other side of the corner before they see you.

When done properly at an open doorway, it is possible to clear much of the room except for dead space and hard corners from outside the doorway. As a civilian, whether you enter the room is very contextual, but you have to understand that you cannot completely clear a room without actually going inside it.

And that brings us to the discussion of initiative. If you need to enter that room, you are going to need to seize the initiative in order to mitigate as much of the risk as you can. That’s why no matter how deliberate a clearing speed you are using, crossing a threshold has to be dynamic.

When pieing off a corner-fed room from outside, there is only one hard corner remaining to be cleared. If the decision to enter the room has been made, the entry is done dynamically and efficiently. That way the first thing presented to that uncleared corner is the muzzle of the weapon. You then move out of the doorway rapidly and under control. Then any dead space behind obstacles or in closets has to be cleared by pieing them off as well.

A center-fed room presents more danger to the individual than the corner fed. Because there are two uncleared hard corners, whichever one you clear first leaves you vulnerable to an attacker hiding in the other. There is no way to eliminate this risk when operating alone. All you can do is pick a corner, then once it’s cleared immediately and rapidly shifting your attention to the other. The easy mistakes that must be avoided are not finishing the first corner clear before beginning the second, and standing in the doorway. When you enter the room, you have to fully enter it.

There are subtleties and nuances to this that are beyond the scope of a short magazine article. There are also considerations for if and when you are engaged by an attacker while clearing. To truly understand this, seek out valid training from a qualified and vetted instructor. Above all practice on your own until it becomes second nature.

Matt Little, owner of Graybeard Actual Training is a retired Green Beret and Chicago SWAT officer. He is also a master class shooter in IDPA and USPSA, and holds a Turbo Pin from Gabe White Training. 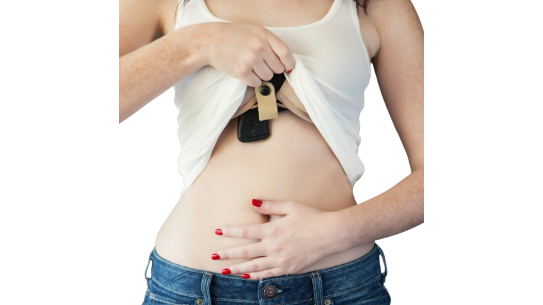 If you've never heard of the Flashbang Bra Holster, don't feel bad. It's an...