The real-world experiences of Israeli law enforcement and military personnel are vastly different than those of American soldiers and police. Likewise, Israeli combat shooting skills and tactics developed under fire and constant threat have been fine tuned to deal with this divergent reality. While we do not face these exact obstacles in the U.S., and hopefully never will, the hard-earned success of the Israeli military and security forces is undeniable, and there is much to learn from their experiences.

That was the goal of Tzviel Blankchtein, or “BK” as he is more colloquially known, when he founded Masada Tactical in 2007. BK immigrated to the United States following a four-year stint (1993-1997) with the Israel Defense Forces (IDF), and he remains an active IDF instructor. BK was also the lead defensive tactics instructor for the Maryland Police and Correctional Training Commission. Israeli combat shooting is a point-shooting-based system and students are discouraged from using their sights at all. The drawing, presentation and reloading techniques used are also very different from how American shooters normally train, but are unquestionably effective.

RELATED: Israeli Mossad .22 LRS: The Reliable Pistols of the Mossad

Masada Tactical offers a two-day law enforcement class and a one-day civilian CCW class, both of which teach these techniques. In addition to point shooting, students learn about tactical reloads, lateral and vertical movement, and shooting from different positions, including from a vehicle. Instructors will also present stress inducers to heighten the reality of the course and add difficulty. Team tactics are included only in the law enforcement version of the course.

This is not a classroom course; this is a hands-on range course, so come prepared. You will need a good holster and mag pouch, at least three magazines and 500 to 700 rounds of ammunition. Look for more about Masada Tactical in an upcoming issue of TACTICAL WEAPONS. 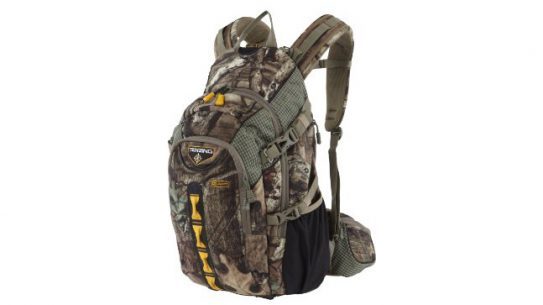 The comfortable TZ 2220 Day Pack from Tenzing boasts a total of 11 compartments...