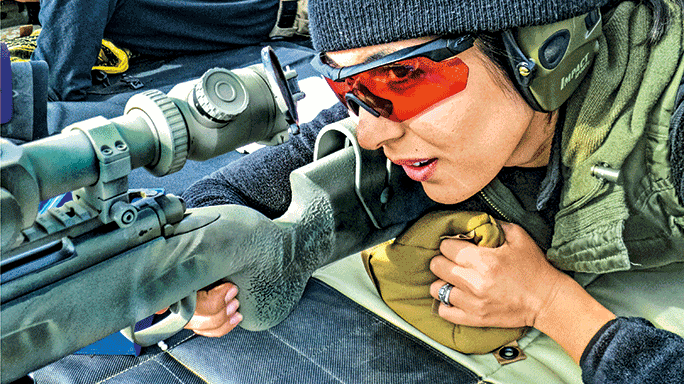 1 of 4
Mastering the Mile: Expert Long-Range Shooting
“Not long ago, shots out to a mile and beyond were almost mythical. In today’s world of exceptional rifles, great ammunition and crystal-clear optics, these distances are more easily conquered.” 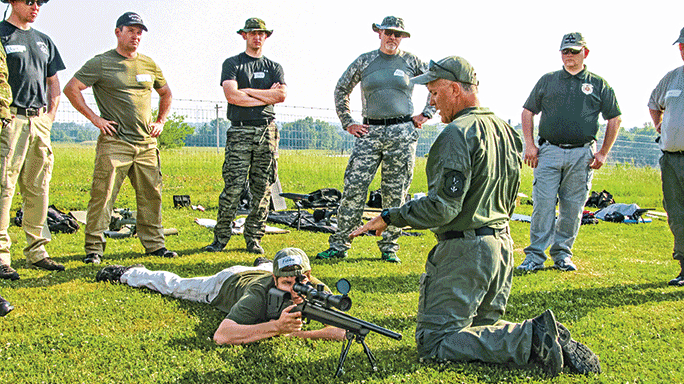 2 of 4
Mastering the Mile: Expert Long-Range Shooting
For years, extreme long-range shooting was the purview of military operators and elite F–Class competitors, but now it’s becoming more mainstream. If you’re interested in pushing your shooting skills out to a mile, professional instruction and proper gear can help shorten the learning curve and improve your accuracy. 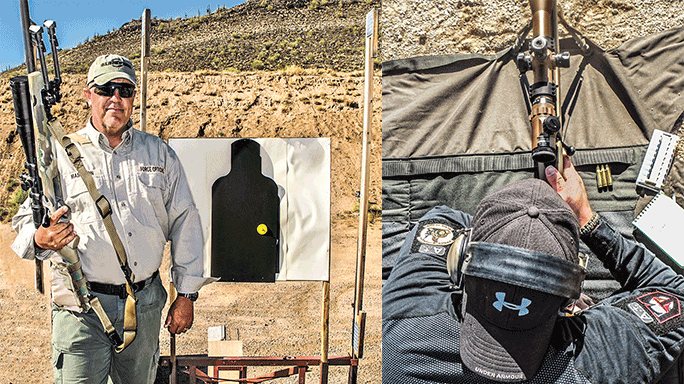 3 of 4
Mastering the Mile: Expert Long-Range Shooting
Some very effective chamberings at extreme distance include the .338 Lapua and 6.5 Creedmoor. After you’ve secured a well-made bolt action, you’ll need a crystal-clear scope to help you overcome bullet drop and wind. 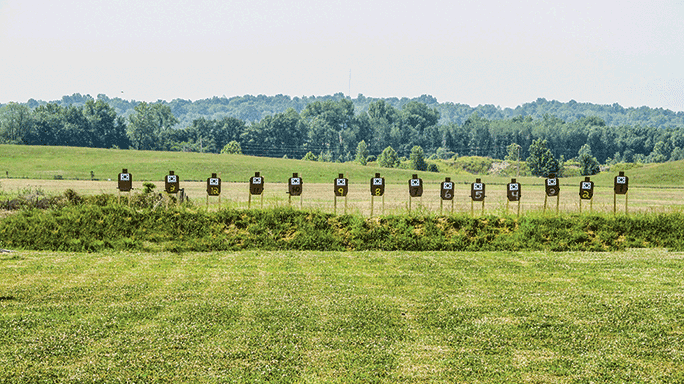 4 of 4
Mastering the Mile: Expert Long-Range Shooting
“Long-range shooting incorporates the excitement of shooting with an almost Zen-like quality that forces you to manage everything from your breathing to your trigger. It is extremely challenging and admittedly addictive.” 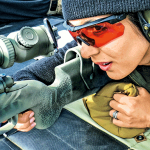 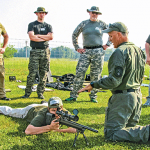 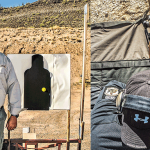 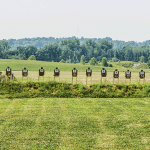 You are set behind the gun. You’ve figured in the 3-mph wind and cranked your scope’s turrets as your spotter confirms the distance to your targe again: 1,760 yards. One mile. You’re clear to fire. The rifle is steady as stone. You center your breathing and momentarily pause as you apply smooth pressure to the trigger. The gun roars as the round blasts from the barrel at over 2,600 fps. After almost four seconds, the spotter makes the call: “Hit!”

This is the world of long-range shooting, and it becomes more popular with each passing day. Long-range shooting incorporates the excitement of shooting with an almost Zen-like quality that forces you to manage everything from your breathing to your trigger. It is extremely challenging and admittedly addictive. Once relegated to a very select crowd, long-range precision shooting has become a serious driving force in the shooting world. Along with traditional classes around the country, a well-developed and enjoyable long-range competition community has grown to match.

Deep inside, many people are interested in shooting at long range but are intimidated by the complexities, especially when a certain four-letter word—MATH—is involved. While it is true that there is a great deal more to know when you are trying to shoot out to a mile, it is by no means too difficult to learn. Let’s look at some of the factors you will need to take into account.

The first factors we will explore are temperature, altitude and humidity. Each of these factors can influence the bullet’s flight downrange. The laws of physics dictate that warm air is less dense than cool air, thus a bullet encounters less resistance and expends less energy as it travels to the target. Similarly, the higher the altitude, the thinner the air, which in turn reduces external force on the round while it is in flight. Last in this section is humidity. The higher the humidity, the “thicker” the air becomes. The presence of high humidity can have a very noticeable effect on your shots.

The next set of points to consider is where many people see long range precision shooting as more like voodoo or quantum physics than simple plinking. This is generally classified as external ballistics. First up is ballistic coefficient, or BC. According to the experts at Hornady, BC is “the measure of a bullet’s relative ability to overcome air resistance. Each bullet can be assigned a numerical value expressing this efficiency. The basis of this value is a ratio comparing the performance characteristics of a particular bullet against the known trajectory characteristics of a standard projectile. The ratio compares the drag of a bullet (loss of velocity caused by air resistance encountered in flight) to the drag of the standard projectile.” Essentially, BC translates to how smoothly your bullet will fly to your target. This factor is almost always considered when calculating firing solutions to distant targets.

Next up is gyroscopic drift. Also known as spindrift, this is an interaction between the bullet and the air surrounding it. It is a phenomenon that takes place as a round is fired through a rifled barrel. If the rifling spins the round to the right, spindrift will subtly move the round to the right of the target. At close distances, spindrift is not really a noticeable factor. However, at longer ranges, the cumulative effect of spindrift can greatly affect your shots.

The last one we will look at for time’s sake is the Coriolis effect. One of the simplest ways to understand it is this: If the round you fire is in the air long enough, the rotation of the earth will have affected the original location of the target. Essentially, the Earth rotated your target out of position. Now, this is a matter for extreme long-range shooting.

The gear it takes to move into the long-range world becomes more specialized the farther you shoot. While the trusty .308 rifle is still popular and effective, there are other calibers to consider as the target shrinks away in the distance. The .338 Lapua was developed specifically as a long-range sniper round, and it has served that role well. In 2009, a British sniper made an incredible shot of 2,707 yards. That equates to over a mile and a half. Another major contender is the 6.5 Creedmoor round. Extremely popular in competition circles, the 6.5 Creedmoor is fast and accurate. The rifles that these rounds are launched from range from entry-level Remington 700s to incredible custom builds made to fit one specific shooter. The more specialized the rifle, the lighter your wallet becomes in short order.

The last major item is glass. The clarity and function of your optics can be a determining factor between hits and misses. In many cases, a good scope will cost as much if not more than the base rifle you get into. A phrase to remember when buying optics is “buy once, cry once.” Your initial investment may be painful, but good glass will serve you for a very long time.

Not long ago, shots out to a mile and beyond were almost mythical. In today’s world of exceptional rifles, great ammunition and crystal-clear optics, these distances are more easily conquered. If you are interested, muster up the courage to jump into a class or even a shooting competition. The long-range community is a friendly, professional crowd that quickly remembers their first days behind a long gun. After that, though, they discovered that there is no magic in making that mile-long shot! It just takes some basic understanding, proper gear and practice. 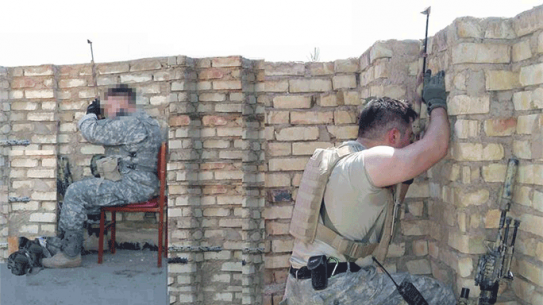 The Scout Sniper Periscope Kit from US Tactical Supply features a 4X to 9X...