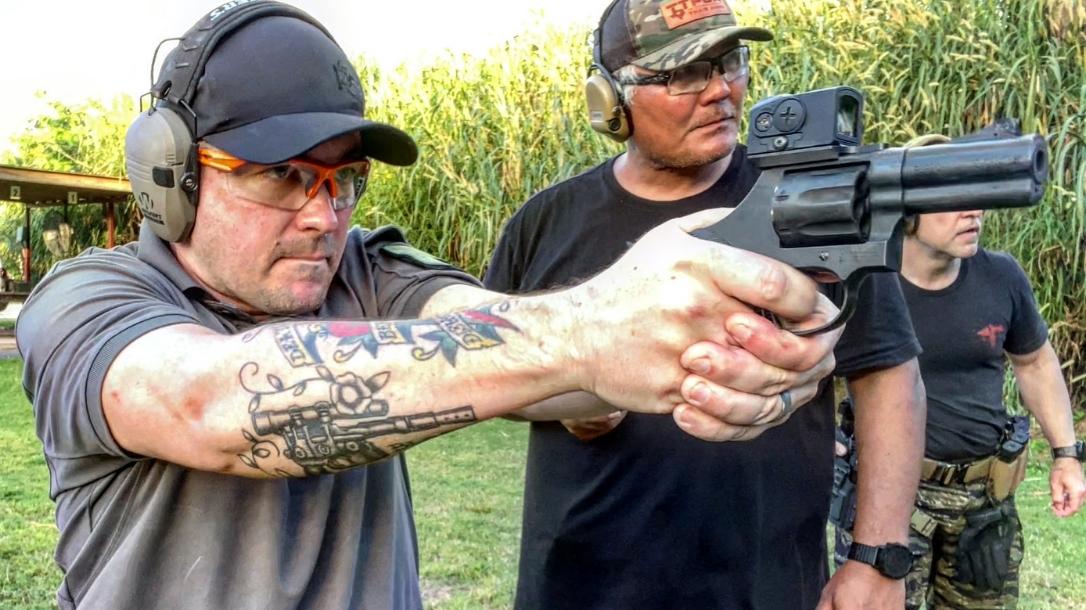 T​he action pistol sports all have classification systems to rank shooters based on their skill. But what if you don’t really shoot matches, but want an objective standard to compare yourself to? Luckily, there are several prominent pistol shooting challenges available in classes.

Why Objective Standards are Important

Police departments, military branches, and even security companies all use objective standards to establish a baseline of skill for anyone required to carry a gun on duty. Using them for civilian tactical and self-defense training gives you an idea of where your skills are at on command. All of these pistol shooting challenges require the shooter to be able to perform a tough skill either in front of other students or on camera. Today we’re taking a look at the three most famous challenges, what we’re calling The Big 3: The FAST, Gabe White’s Standards, and the Black Belt Test.

Originally invented by Pistol-Training.Com founder Todd Green (RIP), the FAST Test is now administered by Todd’s friend and mentor, Ernest Langdon of Langdon Tactical. On its surface, the FAST appears simple. The target is set at 7 yards and consists of a 3×5 index card, and an 8-inch circle for the “body.”

Y​our score is your time plus any penalties. Missing a head shot incurs a 2 second penalty, body shots a 1 second penalty. If you can perform this pistol shooting challenge in one of Ernest’s classes under 5.00 seconds twice, you’ll earn a prestigious FAST Challenge Coin. Todd started the challenge in 2007, and since that time there have only been 20 FAST Coin receipients through 2021. A FAST Coin is no joke, and to get one you must be a talented and disciplined shooter.

Gabe White, owner of Gabe White Training, concieved what he terms the Technical Skills Tests as a way to test someone’s defensive shooting fundamentals. Gabe is a tremendously talented shooter, with a Master class rank in USPSA, and is the owner of FAST Coin #9. His standards consist of four different drills, which have different pins associated with performance levels. The pins are Dark Pin for the lowest level, Light Pin for intermediate level skill, and the focus of this article, the Turbo Pin. Earning a Turbo Pin requires you to perform the pistols shooting challenge drills under the par times listed, in a class with Gabe.

A​ll of the Gabe White standards are fired at 7 yards. Gabe does give a 0.25 bonus for using concealment. If you run your gun concealed, you can increase the listed par times by just a bit and get some breathing room.

Modern Samurai Project, run by Scott Jedlinski, has his own unique contribution to the list of pistol shooting challenges. Scott is also a USPSA Master class shooter in the Carry Optics division, as well as FAST Coin #16 holder. If you’re sensing a trend in these instructor’s resumes, you’re on to something. Some shooters believe that Scott’s Black Belt standards are the toughest of the big three, because it requires you to nail four very tough drills back-to-back-to-back-to-back, all under the watchful eye of Scott. The par times are tough, and there are no bonuses for concealment.

These are tough, tight par times to hit, and it shows. As of this writing there are only 15 shooters that hold a Black Belt patch.

Only one shooter has collected all three challenges. Kirk Clark, a regular civilian, has a Turbo Pin, a Black Belt Patch, and the FAST Coin. That’s an insanely high level of shooting. Regardless, anyone who steps up in a Langdon class, a Gabe White class, or a Modern Samurai Project class and wins even one of these challenges is an extremely talented shooter. 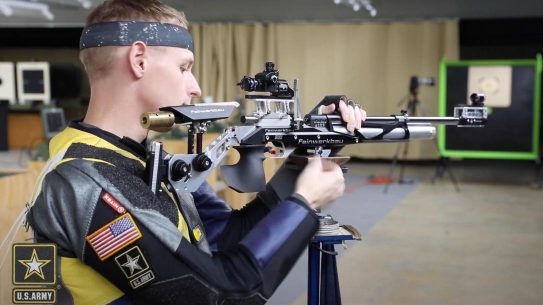 Revisit their most watch video of 2021, where an Army Marksmanship Unit shooter drives...