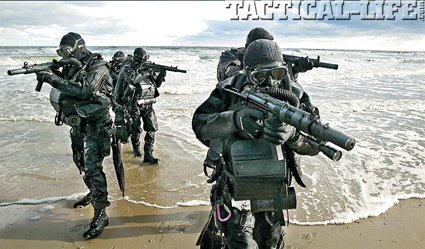 Among the world’s special operations units, few are given the designation “First Tier” by other operators. Some of those considered deserving of this accolade are the US DevGru and CAG (Combat Applications Group), the British SAS and SBS, and Poland’s GROM. GROM stands for Grupa Reagowania Operacyjno-Manewrowego (Operational Mobile Reaction Group), but the word “GROM” also means “Thunder” in Polish.

Within the Polish Army Order of Battle, GROM is often designated as JW 2305. The unit works very closely with the US and British First Tier units and can readily by integrated into their operations. GROM also has close ties with Germany’s GSG-9, one of the world’s best counterterrorist units. 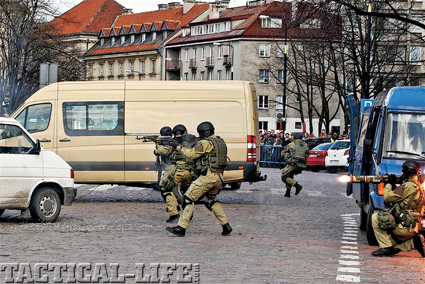 On a publicly staged training exercise, members of GROM a carry out a
rescue/snatch operation on occupants of a vehicle. GROM Photo.

Formed in 1991 as Poland’s primary counterterrorist unit, GROM draws candidates from other Polish elite units including Commando, Airborne, and FORMOZA naval combat swimmers. At least one contributing factor to the formation of GROM was Poland’s assistance to Jews immigrating to Israel from the former Soviet Union, which made the country a target of some Islamic terrorist groups. 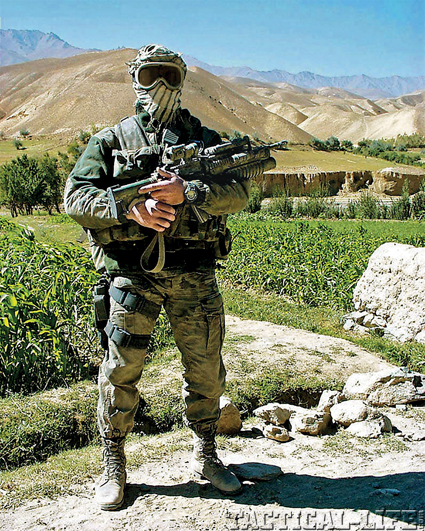 The unit is a rather active participant in the Global War on Terror. This operator in Afghanistan is armed with an M4, using Aimpoint sight and AN/PEQ-2 Infrared Aiming Laser and illuminator. GROM photo. 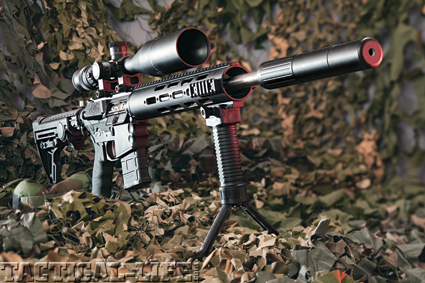