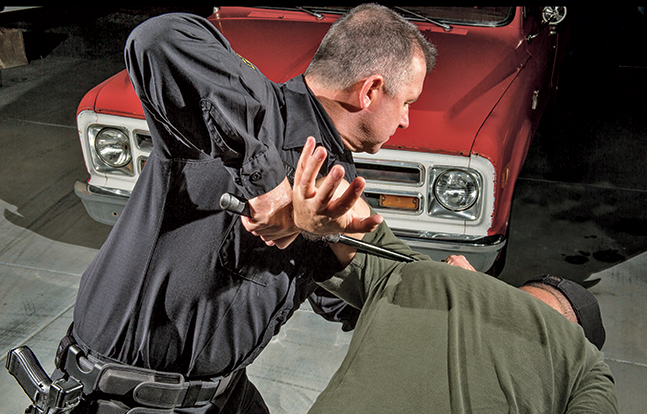 1 of 3
Patrol Ready: PR-24 Baton Control Tactics
With proper training, LEOs can use the PR-24 to apply arm locks and takedowns to position a suspect for handcuffing. 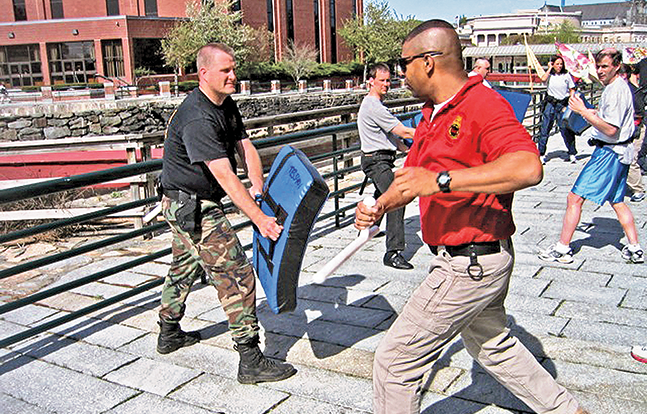 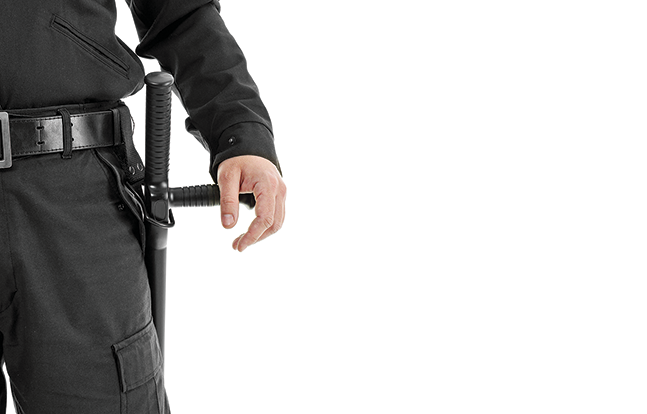 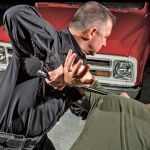 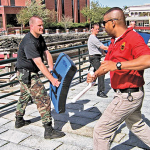 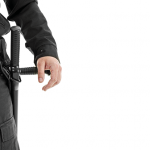 In 1972, the late Lon Anderson invented the PR-24 police baton. He and Paul Starrett of Monadnock Lifetime Products, Inc., of Fitzwilliam, N.H., developed the training and instructor certification programs.

The New Hampshire State Police were the first to adapt the PR-24 police baton. Soon afterwards, the Los Angeles County Sheriff’s Office (LASO) conducted a six-month evaluation that showed the PR-24 baton was superior to the standard-issue conventional baton. This led to the LASO adopting the PR-24 baton.

Terry Smith, the director of training for the Monadnock Police Training Council, developed a more intensive training program with seven modules of training. This training soon became the state of the art that was copied by others. In 1983, the San Diego Police Department (SDPD) Carotid Restraint Task Force was established. After the study of the task force, the SDPD adapted the PR-24 baton for all officers. The intent was to reduce the number of times neck restraints were used.

It was not long before police departments across the nation started issuing the PR-24 baton. Private security officers were also carrying the PR-24 baton. However, on the early morning hours of March 3, 1991, Los Angeles police officers were involved in the arrest of Rodney King after a high-speed pursuit. The officers’ reaction to Rodney King’s resistance, striking him with their PR-24 batons, set off criminal charges against the officers. The videotape of the incident was broadcast on televisions nationwide, and a firestorm of riots in Los Angeles protesting the officers’ actions ensued.

This publicity was not good for the PR-24 baton, and police and security officers began to abandon it. Monadnock developed a Control Device version that was similar to the PR-24 baton but smaller in diameter and designed to be used to block and apply control holds. It is lighter in weight and more versatile for bike officers and K-9 handlers.

The design of the PR-24 baton makes it ideal for a defensive weapon to block attacks from the front and rear, and it’s also an excellent tool to use for riot control duties. The side handle gives more leverage for retaining control of the baton and applying control holds. The officer’s hand on the short handle eliminates any danger of his/her hand being struck when blocking.

The versatility of the PR-24 baton makes it easy to apply arm locks, takedowns and restraints to position a subject for handcuffing. These restraint techniques can be used for vehicle extractions, too. Many associate a police baton with striking and jabbing. The PR-24 baton can do all of these actions, but its strong points are the restraint techniques. In fact, the “PR” stands for “protect and restrain.”

Jabs and chops, from either the basic position (with the short handle forward) or from the long extended position, are good techniques. This provides a method to keep your aggressor at a distance or to keep the aggressor from grabbing you. The chopping techniques can be used to retain control of your holstered weapon.

Since it was first developed, there have been several upgrades to the PR-24 baton over the years. The first PR-24 baton was made of plastic and aluminum with a bolt-on handle. The plastic model would warp when exposed to the sun. The next evolution was the polycarbonate model. It was a one-piece unit, and the strength of the baton was enhanced. It is attached to the belt either with a ring or a polycarbonate swivel holder. This model is somewhat awkward to carry on the belt while seated in a patrol car. It is usually removed from the holder and placed on the seat until the officer exits the vehicle. This could be somewhat of a safety issue if the officer does not place the baton back into the holder when he or she exits the patrol car.

The next design improvement came the expandable PR-24 baton. This model shortens the length of the baton almost in half when retracted, but expands out to 24 inches when expanded. This design made it easier to carry on the belt while seated in the patrol vehicle. Now, when the officer exits the patrol car, he or she always has the baton available. The expandable PR-24 baton can be expanded with the flick of the wrist or manually by pulling down on the long portion before withdrawing it from the holder.

The Control Device was the next addition to the PR-24 baton family I mentioned this earlier in this article. It has the same principles and features of the expandable PR-24 baton except it is much lighter and easier to carry. You can block and apply restraints with it. Its striking capabilities are not as good as a heavier baton’s, however, but it has other uses as well, like breaking windows.

The popularity of the PR-24 baton has everything to do with training. The extensive training program for the baton makes sense. It is like any of the other tools of the trade: You have to know how to use it and when to use it. The Monadnock training program starts with the basics of how to carry it on the belt and the proper foot movements to get the most power when using it as a striking instrument. The use of force is covered in general terms, but is usually left to the department that adopts the baton for its officers. Pepper spray and electronic devices are part of the officers’ arsenal and usually fit into the use-of-force policies alongside the PR-24 baton.

Training with the PR-24 is not just simply going through the motions; you use it with a partner to apply restraints and strike shielded training bags. Scenarios are set up to teach the officer proper movements, positions and obtaining maximum power. Static training does not possess these qualities. Some instructors use hanging bags and dummies, but I find that this is good for getting use to the spinning techniques—it doesn’t really prepare for actual field experiences.

We must remember that these are perishable skills. It is like any other skill we possess; we must continue to practice. Many agencies have the first tier of training but neglect to follow up with periodic in-service training to keep their skills updated. At my agency, they hang a training bag outside of the locker room with the idea that officers would strike the bag each day before they went to their beats. However, I never saw any officer hit the hanging bag. We call this the “Band-Aid” to training.

The stigmatism of the Rodney King incident is beginning to fade. I see more officers carrying the PR-24 baton than in the past decade. Private security officers are the biggest PR-24 baton users. Most of them do not have electrical control devices and find that the PR-24 baton is a valuable addition to their less-lethal weapons.

ABOUT THE AUTHOR: Larry Smith is a 34-year veteran lieutenant (retired) from the San Diego Police Department. He is a judicially recognized expert witness in use of force and police procedures. Smith has instructed arrest and control tactics for the past 40 years. His martial arts training in aikido and police training has prepared him to understand the mechanics of arrests. 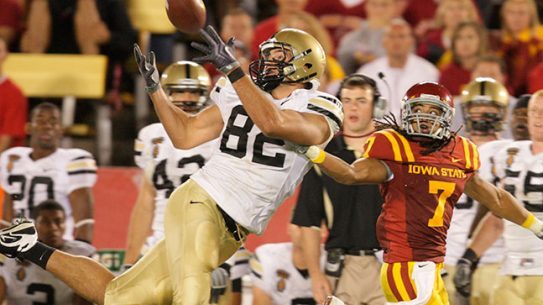 After making the Pittsburgh Steelers' practice squad in August, Alejandro Villanueva was named an...