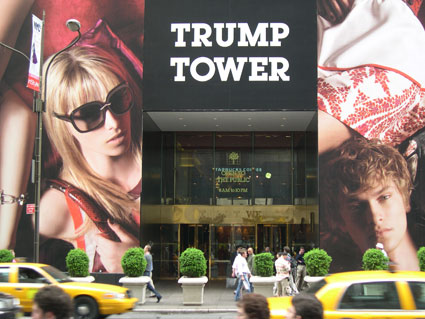 Donald J. Trump is not only a wealthy man, but a high-profile public figure. From a relatively modest background, Mr. Trump has built an empire which includes luxury residential real estate, world class hotels, casinos and golf courses. Along with NBC television, he is a partner in the broadcast and ownership of the three largest beauty pageants in the world, Miss U.S.A., Miss Teen U.S.A., and Miss Universe.
Let’s not forget that Donald Trump is also a widely acclaimed author. His first book, The Art of the Deal is among the most successful business best sellers of all time and occupied the number-one slot on the prestigious New York Times best seller list for several weeks. More recently, Mr. Trump has made an even bigger impact with his hit television series, The Apprentice.
Like many figures in the public eye, Mr. Trump employs a team of elite security specialists. Although most are assigned to the various properties he owns, there is a smaller contingent that provides personal security to both Mr. Trump and his immediate family.

I recently had the opportunity to take a look at the inner workings of Mr. Trump’s protective detail. While much of what was discussed would be inappropriate to reveal in an open forum, I was especially impressed by the level of professionalism I observed.
Public figures often attract unwanted attention from crackpots of every stripe. This usually takes the form of letters, e-mails, phone calls, or the occasional heckler. Fortunately, the vast majority of this is not threatening in any way. There is however, the potential for a legitimate threat and the protective specialist has to remain ever vigilant.
Donald Trump is a man on the move and that certainly presents an even greater challenge. Whether it’s flying to California to film a television show, going abroad to negotiate a business deal, or just heading back to corporate headquarters in New York City, he is a man in perpetual motion. Fortunately, he doesn’t have to fly commercial!
The Trump Organization’s Director of Security is a long-time veteran of the NYPD with prior service in its dignitary protection unit. Like other members of the team, he has been the recipient of training provided by the U.S. Secret Service. Training in both armed and unarmed self defense remains an ongoing process for Donald Trump’s security team.
Obviously, the mission of protecting public figures is significantly different than keeping heads of state safe. By and large, security is low key and often consists of keeping well wishers in check. Complacency, however, can never enter into the picture.
So, what sort of handgun is used to protect one of the wealthier, higher-profile men in the world? Based on their experience while with the NYPD, the team members use the GLOCK 19 9×19 as their primary handgun. The GLOCK 19 offers an excellent balance between size, weight, power and capacity and with the right holster is relatively easy to conceal in polite settings.
Donald Trump’s legacy can be defined as the achievement of excellence. Since he could easily outfit his team with any handgun in the world, selection of the GLOCK 19 is the strongest form of endorsement. 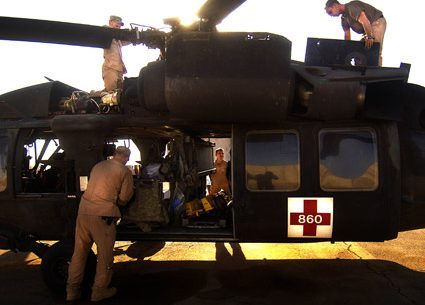 Donald J. Trump is not only a wealthy man, but a high-profile public figure.…