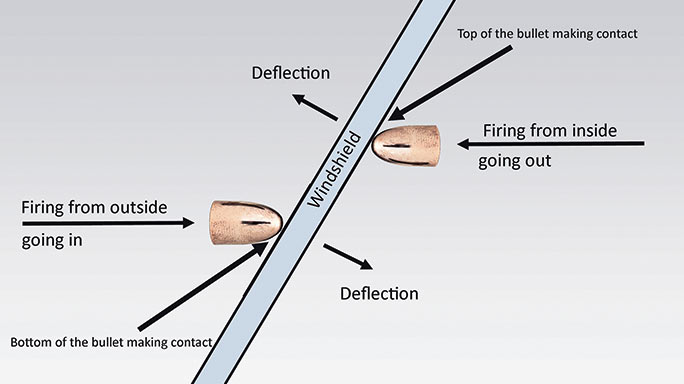 1 of 2
Gunfighting Science: Shooting Through Glass
As a general rule of thumb, the angle of a windshield will deflect a bullet upward or downward depending on the direction of fire, meaning you’ll have to adjust your point of aim accordingly. 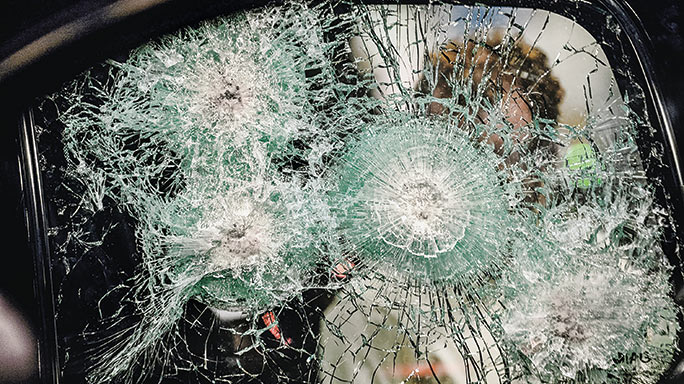 2 of 2
Gunfighting Science: Shooting Through Glass
“Testing has demonstrated that larger- caliber rounds exhibit the least amount of shift when fired through glass.” 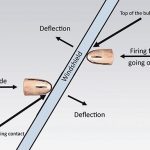 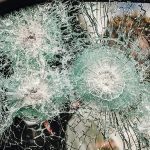 The growth in the population of trained, skilled shooters over the past 10 years is undeniable.

At its peak, many saw firearms training as the new golf. But this enjoyable activity actually provides benefits for participation: a more developed ability to defend yourself and your loved ones. People have learned how to properly draw their weapons, clear malfunctions and utilize cover. It has truly been a great time in the firearms world.

And for many, the training does not stop at the fundamentals. Some have chosen to go to the next level and understand the more complicated aspects of defensive shooting. This includes shooting through glass.

The laws of physics dictate that any sufficient contact with a bullet in flight will change that bullet’s trajectory. This is the case with glass. Many factors go into the effects of glass penetration on a bullet, but there are a few that are simple.

The angle of the glass in relation to the shooter is the biggest factor in determining the impact of the round on target. Other factors then come into play, such as glass thickness as well as the round’s size and velocity. For the sake of brevity, we will explore one of the most relevant and common glass barriers shooters will face: a vehicle windshield.

Law enforcement and military personnel have studied bullet performance through glass for years. The nature of their work dictates that rounds be as accurate as possible. This same philosophy transfers over to the civilian world. If you are going to fire rounds through a windshield, you better know what the effect will be.

Let’s look at shooting from a vehicle through the windshield at an assailant in front of the vehicle. To set up the training scenario, we’ll say that the car has stalled. I say this because, like me, you would probably just run over someone presenting a lethal threat in front of your car.

Now, if you aim at the threat’s center-mass and fire your shot, the impact will be higher than your point of aim. If you look at the bullet hole on the windshield you will notice that it is oblong. This is because the windshield is at an angle. This angle causes the top of the bullet to impact first, thus changing its flight path. As you can imagine, there are a number of moving parts to this copper and laminated glass formula. As a general rule of thumb, though, you are encouraged to shoot several inches low when firing from inside a vehicle.

If the roles are reversed and you find yourself shooting into a vehicle through the windshield, the same physics apply. This time, however, the slope of the glass will cause the lower part of the bullet to strike first, thus causing a lower point of impact. So, you need to aim higher.

The amount of drop once again is determined by the caliber being fired, the angle of the windshield in respect to the shooter and the distance from which you are shooting. Snipers spend astronomical amounts of time charting data on specific rounds designed to be shot through glass. This is especially true with the law enforcement community. Their shots must be made with surgical precision. Only through extensive practice and data collection can you really begin to have any sort of accurate control over just where the round will impact.

If you practice shooting through a windshield, you’ll notice that there are usually many holes in the target. Windshields are made of laminated glass, which is especially treacherous for bullets to penetrate. The glass can sometimes tear the outer copper jacket off of the lead core. This causes multiple impacts on the target. The downside to this is that this round deformation can reduce its effectiveness on an assailant. It cannot be overstated that you should be moving and preparing with follow-up shots on target.

Testing has demonstrated that larger-caliber rounds exhibit the least amount of shift when fired through glass. Additionally, their increased mass allows for a larger remaining core should the jacket be torn away. This should not be considered a diminishment of the 9mm round, nor an endorsement for the .45 ACP. While they perform differently, it’s not significant enough to call the .45 ACP a glass round.

Seek a professional course that covers work in and around vehicles. There is much to learn, including things you may have never considered. The sound of a handgun being fired from inside a car with the widows rolled up will certainly be a memorable experience. Only after training in these scenarios can you truly be expected to get the job done. 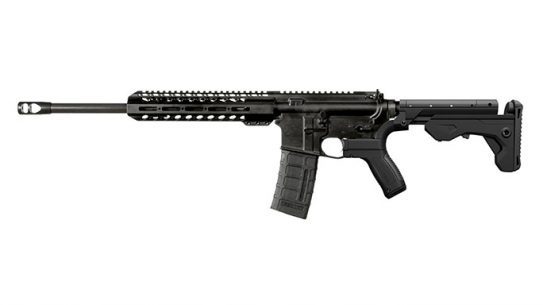 The Colt Competition CRZ-16 Marksman rifle recently got a serious upgrade with the addition...