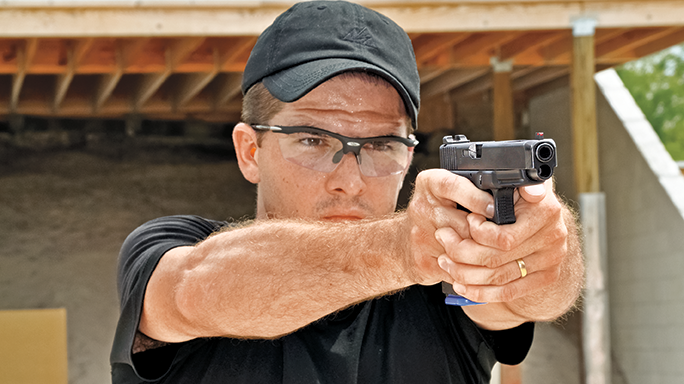 1 of 4
Real-World Self-Defense Prep Through Competitive Shooting
Robert Vogel is a law enforcement officer and champion shooter who relies on GLOCK pistols. He has won over 80 state, national and world championship matches throughout his career. 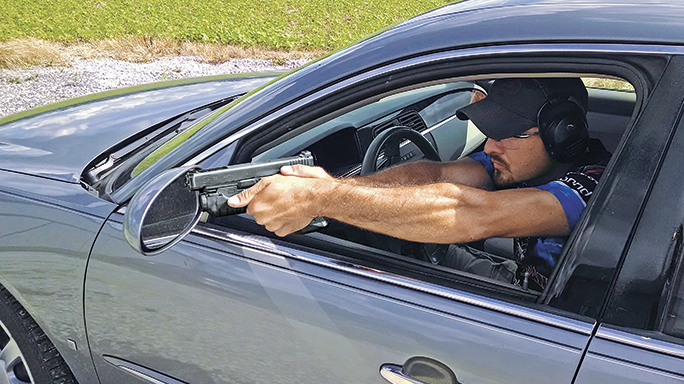 2 of 4
Real-World Self-Defense Prep Through Competitive Shooting
Many shooting competitions involve courses of fire designed to replicate real-world scenarios. Competitors must think quickly and react, making sure they can respond to a threat while seated in a vehicle. 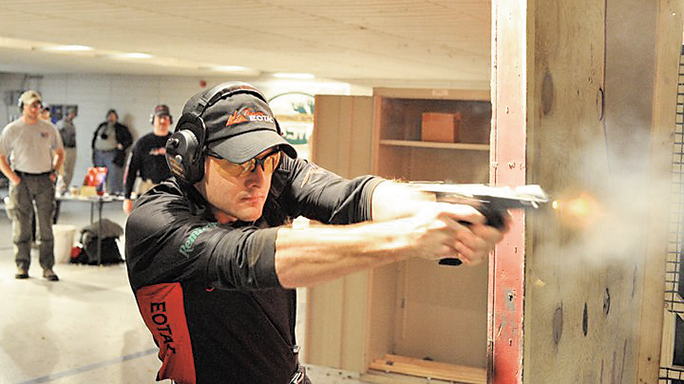 3 of 4
Real-World Self-Defense Prep Through Competitive Shooting
Many shooting competitions involve courses of fire designed to replicate real-world scenarios. Competitors must think quickly and react, making sure they, effectively use cover. 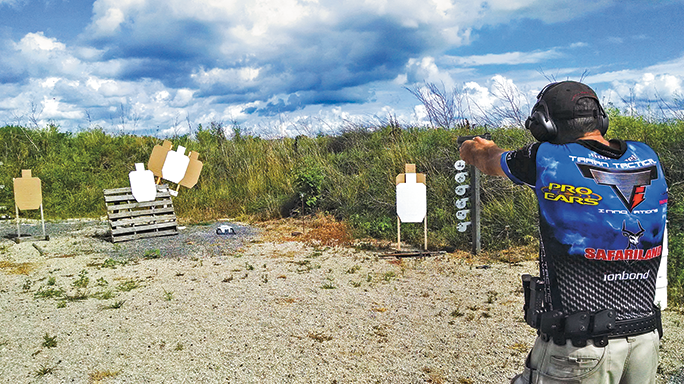 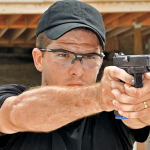 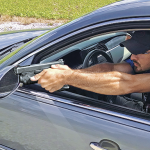 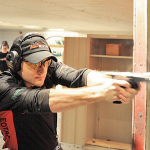 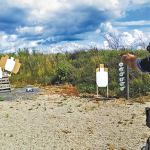 How does competing in action-shooting events improve one’s chances of surviving a real-life self-defense situation? Conversely, what are some of the challenges and pitfalls that could, in that same situation, cause problems? These are questions that many have given their opinions on, but we will once again revisit the topic since it is of great importance.

Starting off, I think we should look at the baseline skills needed to excel in both of these ventures. In the simplest form, what is required to do well in action-shooting events like those hosted by the United States Practical Shooting Association (USPSA), the International Defensive Pistol Association (IDPA) or the GLOCK Sport Shooting Foundation (GSSF)? In my opinion, a competitor needs to shoot quickly and accurately, perform under pressure when it counts and be able to make decisions quickly.

I don’t think anyone who has reached an elite level in competitive shooting would disagree with me. I also don’t think anyone would argue that those three things would also be extremely important to surviving a real self-defense situation. What is required for someone to perform well in a self-defense situation? Based on personal experience, I would say that a person needs to be able to quickly read and react to the given situation, physically perform the actions that are needed, and fight just as (or more) fiercely than their opponent.

So now that we’ve gotten that out of the way, let’s start to look at the commonalities and the differences between the two. The first commonality is, very obviously, shooting.

In recent years, I have traveled all over the world competing in and teaching on the subject I call “practical shooting.” Whether your main goal is competitive shooting or self-defense, the “shooting” goal is always the same. When the time comes to shoot, you need to be able to shoot at and actually hit a human-sized target as fast as you can under a variety of different circumstances.

Shooting quickly and accurately are hard skills to come by. They take time and truly have to be developed. What I also like about it is that it is fairly black and white. Unlike some other so-called skills, you can’t really pretend to shoot well. You either can or you can’t, and it’s pretty clear based on your hits on the target(s) and how long it takes you to do it. A huge plus to competing is that it makes you be accountable for that. At the end of the day, there is going to be a list of names, ranked by their scores. Seeing it, you’ll be driven to be as high on that list as possible.

The second commonality is the need for the ability to perform under pressure.How many ways are there to truly put pressure on someone to perform while still allowing them to shoot live ammunition through a real gun? You can do force-on-force and Simunition training all day long, but you are still not using and firing a real firearm or having to deal with everything that is involved in that process. Especially with a handgun, any 9×19, .40 or .45 AUTO service weapon is going to have many times the recoil of a Simunition/airsoft/pneumatic gun, and that makes it a different animal. My point is, outside of actually being in a real-life situation, some form of competition is about the only way to accomplish this.

To some extent I feel that pressure is pressure. I’ve felt pressure before during many national/world championship matches, and I’ve felt pressure from being involved in a number of stressful/dangerous situations as a police officer and SWAT team member, and I can say without a doubt that between the kinds of pressure there are a lot of similiarities.

The third commonality is the ability to think/assess and make correct decisions quickly. Look at any higher-level competitive shooter and what you’ll see is that many can do a lot of things fast besides just the shooting. That’s because, to be at that level, they have to. Their brain and their body have become accustomed to operating in a world of tenths and hundredths of seconds. When you train and compete for any length of time, you will get faster at a lot of things—faster vision, faster hands, faster reactions and just faster thinking in general. The best part about this, though, is that it doesn’t seem fast to the person—it seems normal. This is huge in a real situation, and there is a satisfying feeling when you realize that you are one step ahead of the other guy.

Without a doubt, the biggest criticisms I see aimed at competitive shooting are its so-called “tactics,” or how competitors shoot the stages or courses of fire.

In nearly all scenarios/situations, you can “what if” and pick apart anything. Often a competitor would be criticized for not shooting the targets in the right order or for not using cover as much as they should if the targets were shooting back. This leads people to say what we’ve all heard before: “That will get you killed on the street.” This philosophy leads to the belief that any specific act you perform in competition means that you will do that exact same act in a real situation.

The bottom line is that it comes down to mindset. If you’re a competitive shooter and you never train or more importantly “think” at all outside of the specific context of competition, then you may run into problems. Would this be the fault of competition? Personally, I don’t think so. The competition shooting I’ve discussed is a game first and foremost. There are rules, there are scores, and there are winners and losers. Unlike many other games, though, the physical skill set required to succeed and win could be, and often is, part of the same skill set required to succeed in a real-life self-defense situation.

In sum, I think the positives of competition far outweigh the negatives. We always need to keep in mind that things need to be balanced. Like I mentioned before, just because someone is a great shooter doesn’t mean they will win if they get into a shootout. If you’ve ever felt that way, you should probably re-think things. Competition shooting is a way to have fun and really build some skills, and, personally, I don’t think you can do it too much. At the same time, though, if you carry a gun, you should never stop thinking, reading, studying and practicing the other things that could save your life if that moment
of truth does come. 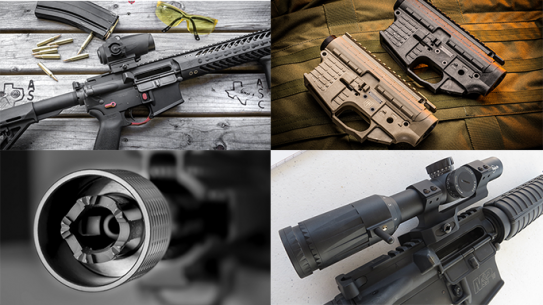 Rounding up 49 of the most innovative AR accessories hitting the market in early...