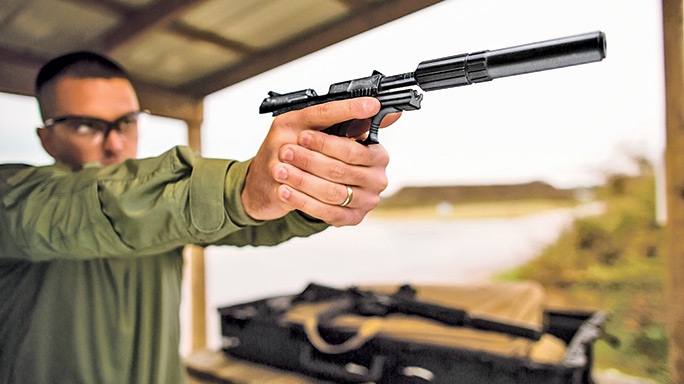 So, what exactly do sound suppressors do? There are four noises which make up the “boom” one hears when shooting a firearm.

The first is the action noise (i.e., the hammer hitting the firing pin, the slide/bolt cycling, gas escaping though the ejection port). The second is the bullet flight noise. If the round travels faster than the speed of sound, which is approximately 1,050 feet per second, there will be an audible “crack” heard by the shooter and those the projectile passes. The third is the bullet striking the target. The last noise associated with the firing of a firearm is the combustion noise hitting the atmosphere when the projectile leaves the barrel.

The gases that pushed the projectile from the barrel are going faster than the speed of sound and typically still burning. The “boom” of the gases hitting the atmosphere is typically louder than the other noises, which is why the boom generally is all the shooter and those near the shooter hear.

Firearm suppressors work in the same manner as mufflers for cars and lawn mowers. Both provide a controlled environment in which the gases can expand and cool before exiting into the air with less energy and noise.

A typical silencer has a casing segregated into chambers by partitions called baffles. Each baffle has a passage through which a projectile can pass. When the host weapon is fired, the projectile exits the barrel and passes through the length of the silencer, but the gases that propel the projectile expand into the baffled chambers where they are temporarily trapped. When they do find their way out of the silencer, the gases have slowed considerably and thus produce less sound. 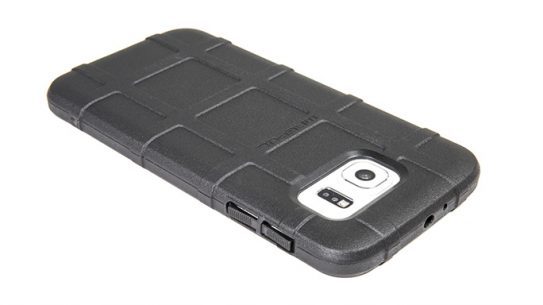 The all new Galaxy S6 Field Case from Magpul is made from a flexible...