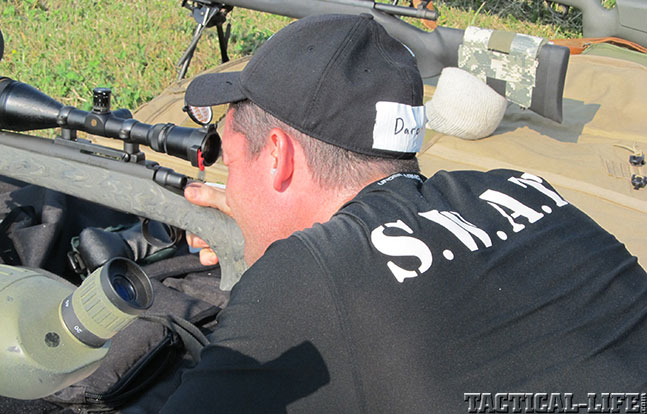 Police countersniper, marksman, defensive law enforcement rifleman—these are all different names for the same person who has accepted the huge responsibility of climbing behind a rifle.Straight 8 Photo
Comment(s)

Police countersnipers are more commonly known as marksmen. Many of the traits seen in military snipers are also found in those who choose the life of the long gun in law enforcement. All snipers, regardless of their branch or law enforcement agency, share and use the same set of core skills. However, each one has developed additional skills that do not always apply to the other.

The operational differences between the military and their law enforcement cousins are dramatic, yet it all boils down to pressing a trigger. One of the primary differences is range. While most military shooters have the potential to make incredibly long shots, the police marksman is bound by urban confines. They simply do not operate in areas where they have large open areas to shoot.

Most LE shooting scenarios are in downtown areas with little more than 75 yards to the target. While this may seem to make the shooting easier, it is complicated a great deal by the rules of engagement police must follow. Many military shooters see “minute of man” as operationally sound. Their job is the elimination of hostile personnel, and torso shots are well within the effective target area. Police marksmen may be required to take a shot on a partially exposed head behind glass. To say that they must shoot minute of angle is an understatement. In fact, a majority of the shots police marksmen will take are headshots. They are required to neutralize the threat with one round to avoid collateral damage caused by a wounded suspect.

Additionally, military snipers are often tasked with taking down “targets of opportunity,” or enemy combatants that fit their rules of engagement. Police marksmen rarely see more than one designated target in a scenario. The task of a police marksman is hyper focused and demanding. Let’s take this opportunity to look at the anatomy of a police marksman and 20 things you might not have known about them.

Police countersniper, marksman, defensive law enforcement rifleman—these are all different names for the same person who has accepted the huge responsibility of climbing behind a rifle. A person who understands that a shot 1-inch to the right or left could make the difference between success and tragedy. 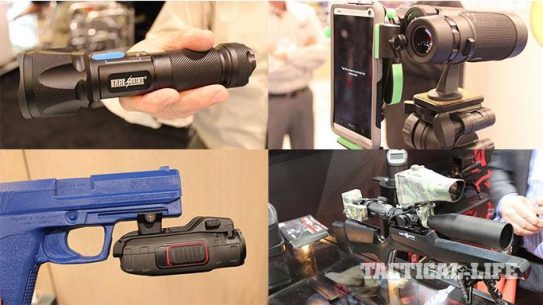 New tactical accessories and gear to keep you on the cutting edge and ready...